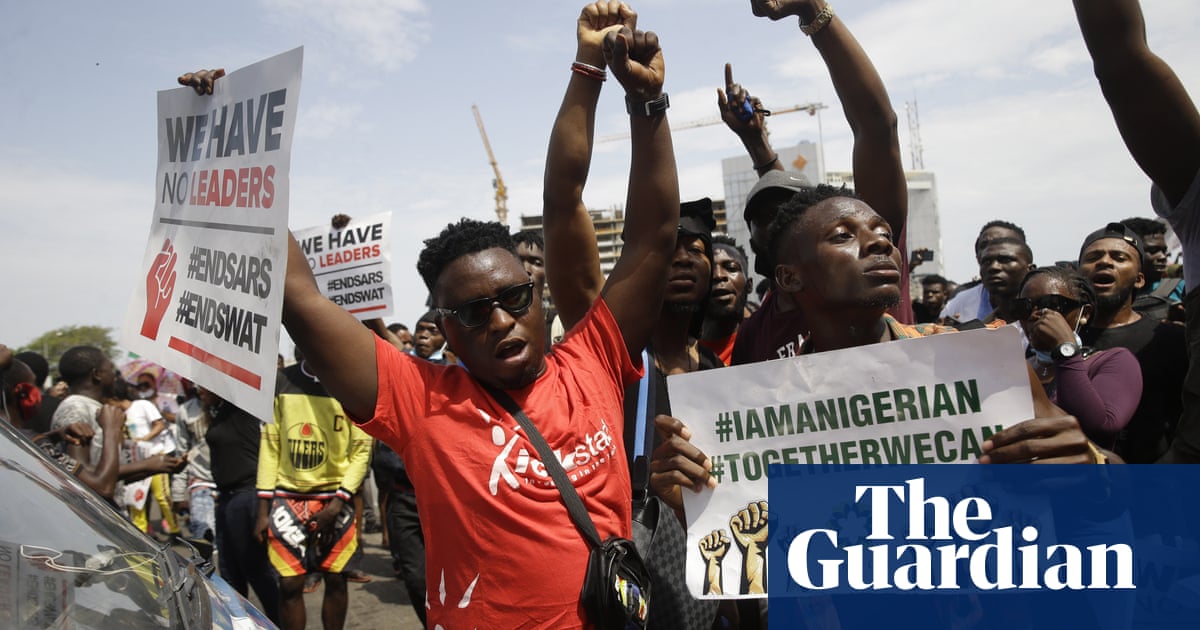 The Nigerian military has warned that it could intervene against “subversive elements and troublemakers” as protests against police brutality that have erupted across the country over the past week continue.

Thousands, mostly young people, took to the streets to protest the infamous Anti-Robbery Squad, known as Sars, long accused of unlawful murder and abuse, and of wider police brutality. At least 1

0 people were killed and dozens injured in demonstrations, which were met with force by police.

In response to what has become the most significant protest movement in Nigeria in decades, authorities announced this week that Sars would be disbanded. A new unit has been announced – the team for special weapons and tactics (Swat). But protests continue to escalate, with many urging the government to commit to prosecuting Sars officers and compensating victims.

As the violence escalated, the army warned on Thursday morning that it was “ready to fully support the civilian government in any capacity to maintain law and order and deal resolutely with any situation.”

Demonstrators hired an officer during a protest over police brutality in Lagos. Photo: Temilade Adelaja / Reuters

“All officers and men are directed never to be distracted by anti-democratic forces and agents of disunity,” the statement said.

Public outrage over police brutality in Nigeria and the government’s response to allegations of human rights abuses by security forces have sparked protests in a country where attempts at abuse by officials are widespread.

What started as a #EndSars campaign has become #EndSwat and calls for urgent reforms in Nigeria’s security forces.

Videos of groups with machetes and clubs attacking protesters were posted on the Internet this week.

A group attacked protesters in front of the Lagos government building on Thursday, sparking outrage that attackers may appear to be moving freely against protesters in the normally well-guarded area.

More than £ 100,000 has been raised to send food, water and first aid supplies to protesters and to cover medical fees for the injured. Hundreds of lawyers volunteered to represent the detainees. Public figures around the world have spoken out in support of the protests, including Marcus Rashford, John Boyega and P. Didi.

Murphy was at a bar on Saturday when he contacted an employee who now has COVID-19, an employee said