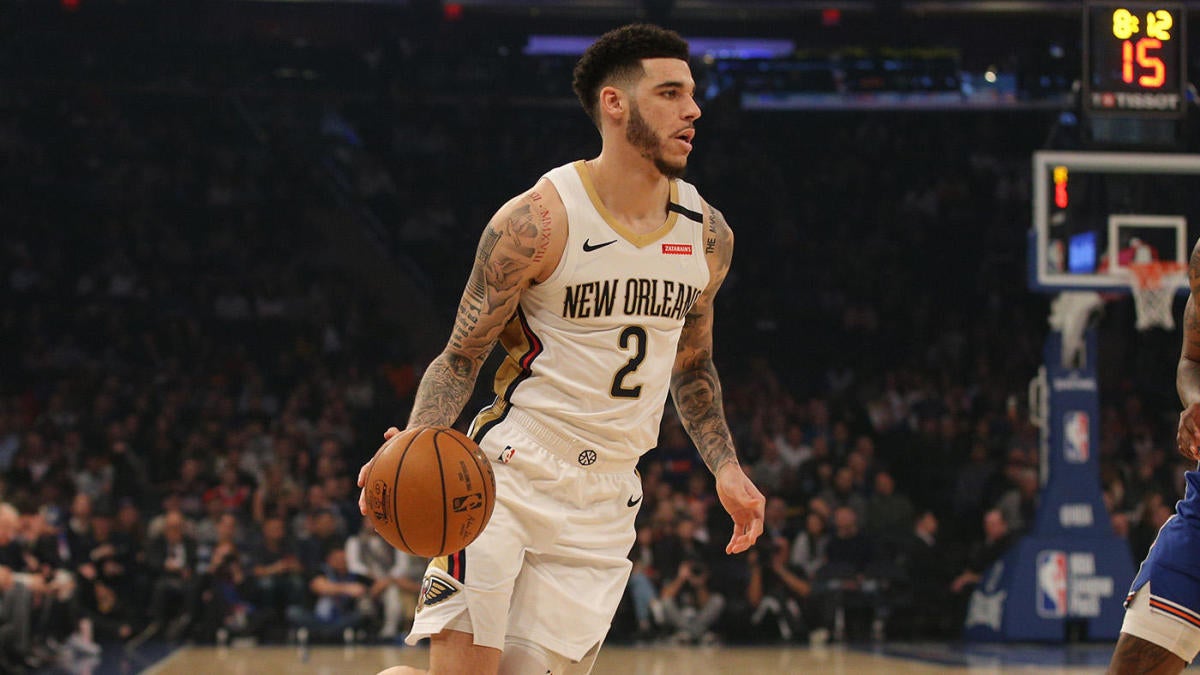 There is so much about Lonzo Ball’s game that I love, which might sound strange to those who know my basketball taste best and can thus testify to my extreme bias toward shooting. If you can’t shoot, I’m generally not a fan of your game. Lonzo, of course, can shoot. After laying bricks for two years in Los Angeles, he was making 39 percent of his 3-pointers, per Cleaning the Glass, for the Pelicans when the season was suspended in March.

His form is better.

His confidence is higher.

That said, Ball is still not a shooter in the sense that teams fear him rising up, and once inside the 3-point line his percentages fall off precipitously. He̵

7;s awful at the free-throw line. He’s arguably worse in the all-important short mid-range, a virtual non-factor in terms of finishing floaters and in-between pull-ups – both shots that would significantly enhance his effectiveness as a pick-and-roll scorer, where he ranks in just the 12th percentile, per Synergy.

Still, I love Lonzo’s game. Always have. In November of 2016, seven games into Ball’s collegiate career at UCLA, I wrote that he should be in the conversation to be the No. 1 overall pick after watching him play once. It was genuine love at first sight. Lonzo’s game was just so smooth. His natural, feel-for-the-game instincts, his court sense, traits I tend to gravitate toward almost as much as shooting, were effortless.

And you could tell how easy he was to play with. How everyone was involved and moving to his pace, seeing and reacting to the game right along with him. He wasn’t afraid to give the ball up – pass-aheads in transition, simple swings in the half-court – and it empowered his teammates. It was my firm belief that the Jason Kidd comparisons were fair.

Admittedly, I sold a decent chunk of my Lonzo stock during the Laker years. The shot was just too funky. Way worse than I’d led myself to believe.

But I secretly held out hope, because for as much as he struggled next to LeBron James, his game, when on, remained wildly charismatic. His fast-but-not-in-a-hurry pace still had a galvanizing, symphony conductor’s flow to it. He flew all over the place defensively. If he could just fix that stupid shot.

And then he did.

Again, Ball’s still not a shooter by trade, but he’s more than passable from the 3-point line, particularly (as seen above) in catch-and-shoot situations, where ranks in the 78th percentile this season, per Synergy. Last season, he ranked in the 13th percentile. That’s one of the biggest areas of growth for any player in the league, and it’s reflective of a player who, across the board, feels like he’s coming out of his shell.

And now here I am trying to buy back all my Lonzo stock. Here I am wanting to believe, again, that he can be, and will be, an All-Star. And I can’t help but wonder: Am I getting ahead of myself again? Should I lower my Lonzo expectations so I can fully enjoy what he is without constantly lamenting what he’s not?

Expectations, after all, are the root of frustration, and from the day he entered the NBA, no player has been more tied to unrealistic expectations and unfounded perceptions than Lonzo. His loudmouth dad did that, saddling him with the cocky-kid label when he almost never said a word himself, turning him into a target before he ever set foot on an NBA court.

Magic Johnson did that, saying he expected Ball’s jersey to be hanging in the Staples Center rafters one day.

It was never going to be good enough for Lonzo to just be good. He had to be great.

And all of this is to say, maybe he’s just never going to be great. I say that with full understanding that Lonzo still has a ways to go before he hits his proverbial ceiling, wherever it may reside. He’s not even through his third NBA season for crying out loud. He’s 22 years old. When this season came to a halt, Ball was one of just five players in the league averaging at least 12 points, seven assists, six rebounds and one steal per game. The other four are LeBron James, James Harden, Ben Simmons and Luka Doncic. Not exactly bad company.

The said, neither the eye test nor the advanced numbers suggest Lonzo is anywhere near the category of a Doncic or Simmons, both players of similar experience, and if you look at the guards in the Western Conference, it is honestly realistic to think he has legitimate All-Star potential? Perhaps playing at an All-Star level and actually making the team are two different things. The Pels would be thrilled if Ball turned into Mike Conley, who’s never made an All-Star team but has been an All-Star player for years.

Even for that to happen, there are clear holes in Ball’s game that must be addressed, at least to a degree. Again, his 56-percent free-throw shooting is a problem. You might think that’s mostly in his head, but the truth is, that’s the range Ball struggles from in all capacities. Per Cleaning the Glass, he ranks in the 11th percentile on short mid-range shots. Per NBA.com, he’s made just 20 percent of his shots (11 for 54) from 5 to 14 feet this season.

As a general rule, the closer he gets to the basket with his jumper, the worse he gets.

Lonzo is already way more than a “3 and D” player, but this inability to put anything together in the short mid-range keeps him from being a truly rounded scoring threat. The fact that he almost never pulls up when going right – his old clockwise form forced him to bring the ball back to his left, and thus into the trailing defender, and his instincts to avoid that shot have carried over even with the new form – makes him a highly predictable player, effectively allowing the defense to eliminate 50 percent of the court as a scoring threat.

As a rule, if Lonzo goes right, he’s going to pass or try to get all the way to the cup. So you give ground. Make him pull up or shoot a floater, neither of which he wants to do. That’s how you end up ranking in the 18th percentile, per Synergy, as a half-court scorer, when defenders know what you’re going to do. Or, more accurately, what your incomplete arsenal forces you to do.

These are all necessary qualifications when we start talking about where Lonzo is at, and where he might be able to go. He’s a good player. But he’s not great. Even with the ability he’s shown to improve, it’s fair to wonder if he will ever be. And for people like me, there has to be a certain level of acceptance in that. He might be perfect as a super role player blending into the shadows of Zion Williamson and Brandon Ingram.

Heck, he might end up traded again and continue down a path of being a versatile, valuable player without ever becoming a true focal point of any team. And there’s nothing wrong with that. It’s just not what we, or I, expected. It’s perception vs. reality, and perhaps the time is coming – not now, but soon – when it will be fair to question whether any Lonzo supporters have ever truly lived in the latter.