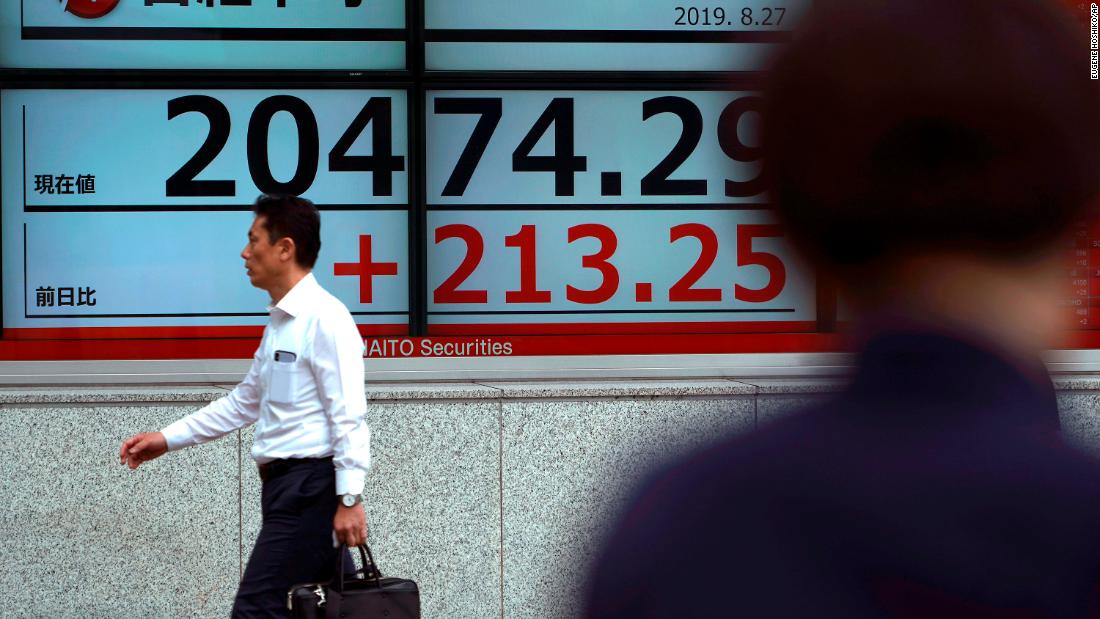 The Shanghai Composite Index ( SHCOMP ) rose 1.5% at the start of trading, with the pace for its fourth consecutive day of gains. Japan's Nikkei ( N225 ) advanced 2.4%, while South Korea Kospi ( KOSPI ) increased by 1.5%.

The Chinese Ministry of Commerce on Thursday announced that the country's Deputy Prime Minister and Chief Trade Negotiator, Liu Liu, had talked with US Trade Representative Robert Lighthouse and Treasury Secretary Steven Mnuchin, and that the two sides had agreed to meet in Washington in October.

The two sides will continue to talk before, according to the Commerce Department.

US futures also gathered in Asia during the hours. The Dow ( INDU ) rose 1.1%, or approximately 290 points, while the S&P 500 ( SPX ) and Nasdaq ( COMP ) advanced more than 1%.
Hong Kong Hang Seng Index ( HSI ) increased 0.4%. The index gained nearly 4% on Wednesday, the best day of the year. The leap came after reports later confirmed that Hong Kong leader Kari Lam would officially withdraw an extradition bill that sparked months of protest at the financial center.