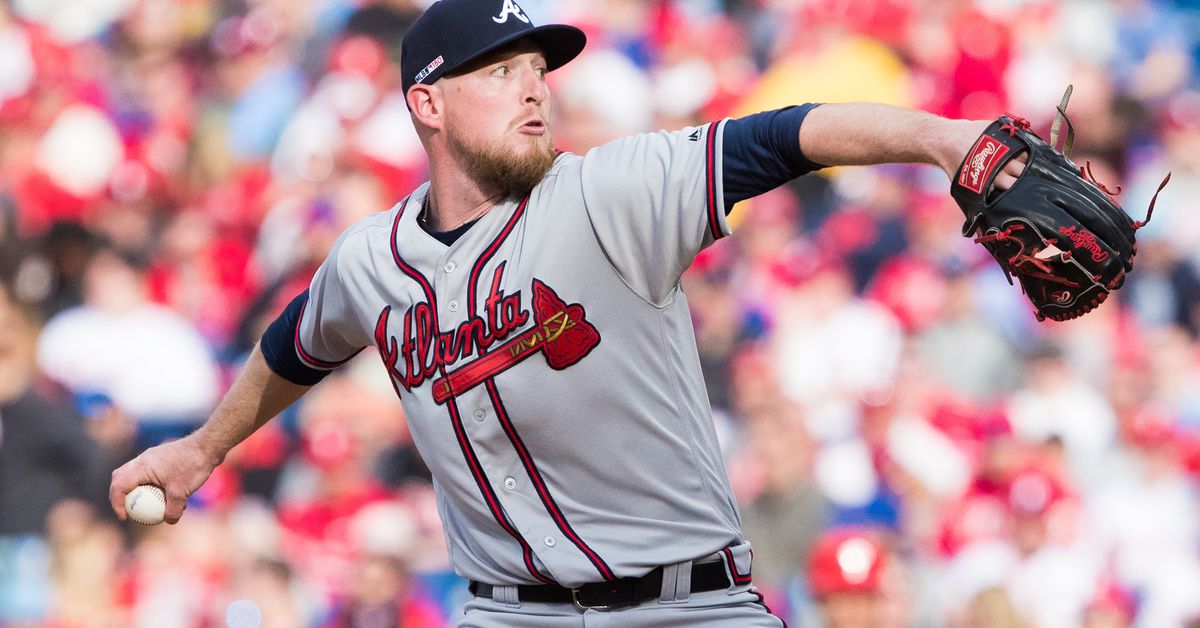 The Braves took advantage of some Bad News Bears-esque defense from the Cubs on Monday night, and the offensive machine finally showed its capabilities on the way to a 8-0 victory. After the start from Sean Newcomb, who was heavy on the base runners (as usual), Wes Parsons came in on relief and picked up his first Major League win.

The Braves record stands at 1-3, but this is

On the offensive side, Josh Donaldson had his best game as a Brave, reaching the base three times, and both Ender Inciarte and Ronald Acuña planted souvenirs in the seats. Freddie Freeman and Ozzie Albies kept their hit streaks alive for the 201

9, as both have reached safely in every game of this young season

The Braves bullpen, which struggled tremendously this past weekend in Philadelphia, allowed zero walks. Even if it's just one game, that's a great sign.

Newcomb's performance was somewhere between his 2018 form and his 2019 Spring Training form. He did not allow a run, which is good news but he did not allow ten base runners – four of which came via walks. Barely half of his pitches – 49 of 91 – went for strikes, and it seemed like he went to a two-ball count on every single hitter. His control issues kept him from getting out of the fifth inning; even with a 5-0 lead, Brian Snitker felt he was better suited to rely on a shaky bullpen than endure any more of Newk's control hiccups

In the bottom of the first, a dropped foul ball by Mark Zagunis set the tone for an ugly defensive night for the Cubs. Given the new life after the dropped ball, Inciarte quickly broke the crowd into a frenetic mashing one in the right field seats, stacking the Braves to a 1-0 lead before they logged their first home out of the season. The sub defense continued in the inning, as a throwing error by Javier Baez led to Josh Donaldson scoring the Braves' second run. The following batter, and Ozzie Albies pop-up in no man's land – scored as a double – hit the grass between three Cubs fielders and put runners on second and third. Brian McCann roped a two-run single on the first pitch he saw, and before the first was over, the Braves were up 4-0.

Newk's consistent control issues ate him a bit during the second inning, as he worked around two walks – one of which was to Cubs pitcher Kyle Hendricks. In the third inning, Newcomb came away unscathed after loading the bases.

Sensing that a 4-0 lead might not hold the way Newcomb was pitching, Ronald Acuña took it on himself to extend the lead to 5-0. 19659009] That gorgeous swing was the first of what will hopefully be many home runs for Acuña this year. Mike Foltynewicz, who was a mid-interview during Acuña's blast, summed it up best with his succinct, "That was loud."

After Anthony Rizzo singled out to lead off the fifth innings, Snitker called Parsons – the Grapefruit League Cy Young – who instantly induced a double play to close the book on Newcomb. Parsons' clean inning of work was enough to garner his first big league victory. Congrats to him.

The Cubs' shoddy defense was on display again in the bottom of the fifth. After a Nick Markakis single and a double by Ozzie Albies, McCann was deliberately walked to load the bases. As he did all the Spring, Dansby Swanson dipped a ball back up the middle, and it hit Hendricks so hard it ricocheted out past David Bote at the second base. Bote tried to pick McCann off second, but his throw missed the mark and his mistake – their fifth of the night – allowed Albies to trot home. Just like that, it was 7-0 Braves.

The Braves tacked another run on the 6th inning. After Freddie Freeman slapped and doubled past Zagunis (who had a dreadful night in the left field), and Kris Bryant error – the sixth Cubs of the night, allowed Markakis to reach. Ozzie Albies, on his first at-bat against a lefty this year, reached on an infield single. Freddie crossing the plate stretched the lead to 8-0.

The rest of the game was quiet, beside this absurd display of teamwork by Swanson and Donaldson

In his first appearance of the year, Arodys Vizcaino worked around

The Braves are off tomorrow, but Wednesday begins a streak of twelve consecutive days with a game. Baseball season is back in full swing, folks