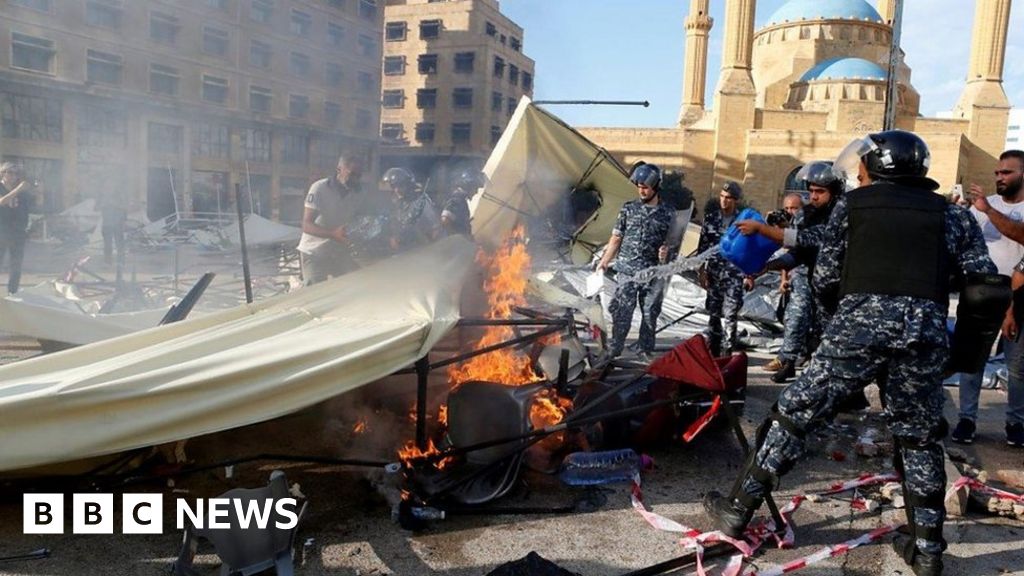 His television address came shortly after the violence erupted in the street when supporters of two Shiite groups attacked a protest camp and obstacle in Beirut.

Tents are lit and anti-government protesters beat. Some chanted in support of Hezbollah – a powerful force in the coalition government – and the Shi'ite political party Amal.

Police and riot troops responded with tear gas and by the end of the day, anti-government protesters were back on the streets celebrating Mr Hariri's message.