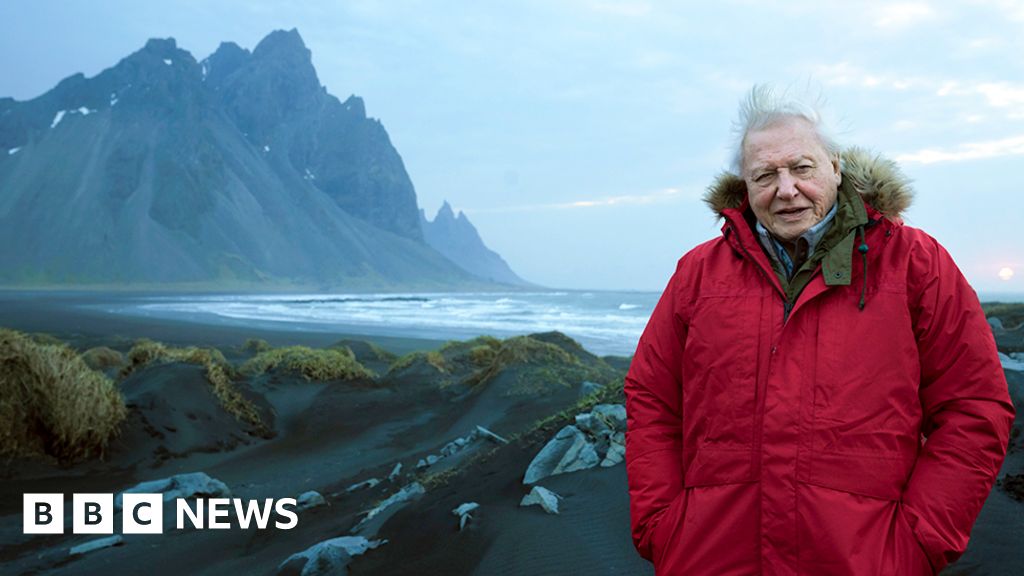 The world is beginning to deal with the threat of plastic waste, according to the famous presenter of the program, Sir David Attenborough.

"I think we all shift our behavior, I really do," said Sir David in an interview with the BBC.

Describing plastic pollution as "abomination" and "horrible", he said he was raising awareness of the damage it could cause.

"I think we're changing our habits and the world is waking up to what we've done on the planet," he said.

Sir David spoke as he and the BBC's Department of Natural History (NHU) were announced as winners of the prestigious Hatham House Award for their Blue Planet II documentary series.

Chatham House, a London-based foreign affairs center, awards the award to people or organizations who make a significant contribution to improving international relations.

Its director, Dr. Robin Niblett, identified plastic pollution as "one of the world's greatest oceans."

He said that Sir David and the BBC Studios Department of Natural History play "an important role in helping to put this issue high on the public agenda."

1; estimated at more than 150 million tonnes – are carried into the oceans and cause death. of one million birds and 100,000 marine mammals each year.

In one of the most moving scenes, albatrosses were seen feeding their chickens with a plastic diet that would doom them to die.

NHU head Julian Hector said he believed the programs "struck a chord" with the public because they showed "the interaction of plastic and the natural world."

"We emotionally engage the audience by giving them a link to life stories, behaviors, plans that these animals have, and how plastic in this case interferes with them, reducing the survival of their chicks."

For Sir David these views are "very powerful – speak with parental instinct"; and seemed to help motivate people to take action.

"This is the beginning and people from all parts of society are aware of what is happening. It's disgusting, it's awful, and it's something we clearly see inflicted on the natural world and have a terrible effect and there's something they can do about it.

"So in some ways it's a bit of a litmus test to see if the population is interested in it and people are doing it."

"We still need to know how to dispose of miserable material; surely, if we can make it up, someone somewhere will be able to deal with it, deal with them mountains of this horrible material. "

Also nominated for the Chatham House Award were Abiy Ahmed, the Ethiopian Prime Minister who recently won the Nobel Peace Prize, and Katherine Jakobsdotir, Prime Minister of Iceland for her commitment to gender equality [1945]. by Sir David on BBC NHU – Seven Worlds, One Planet – aired on BBC One on Sunday night.