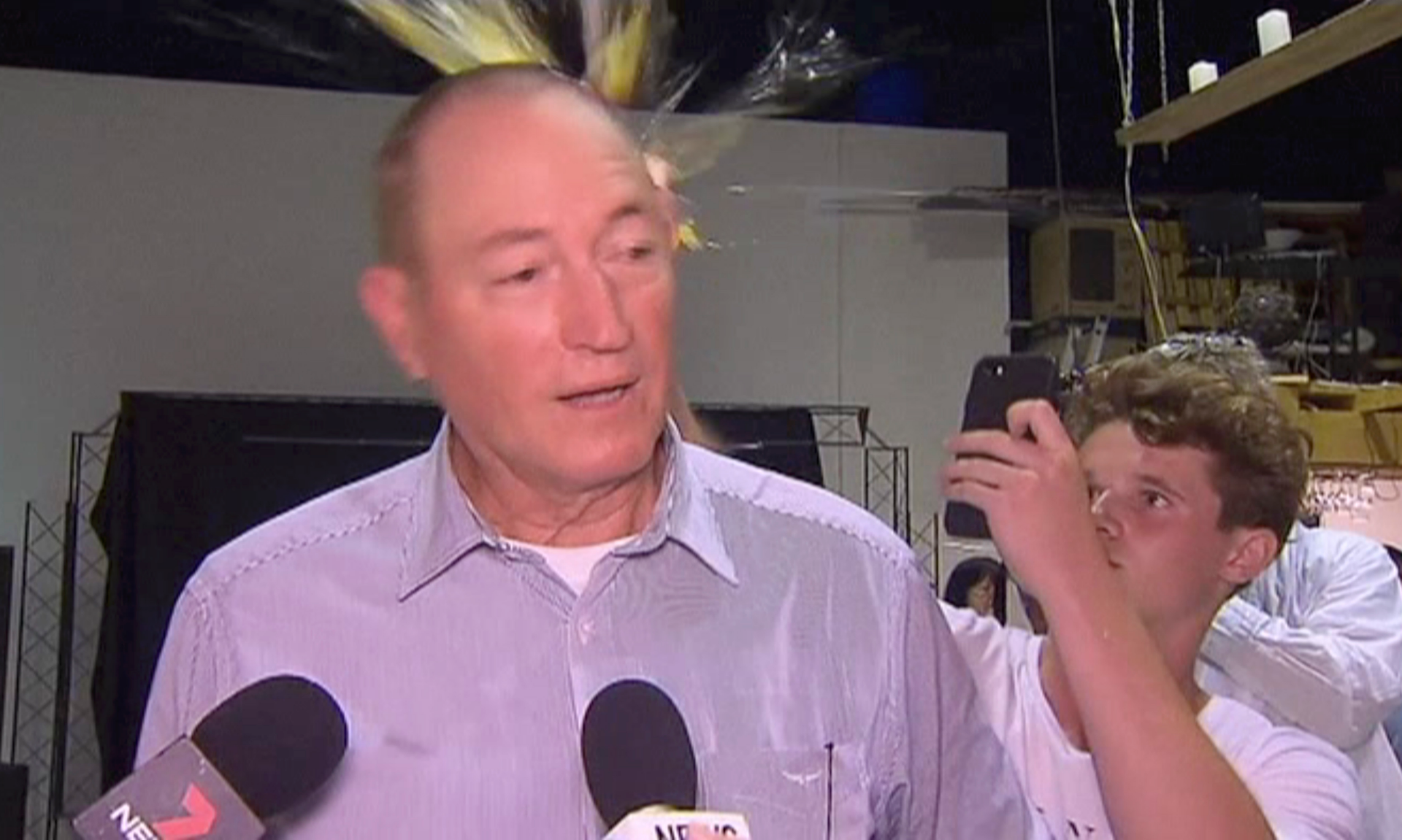 CANBERRA, Australia – Australia's prime minister has suggested that an anti-Muslim senator should be charged after he hit a teen who cracked a raw egg over the legislator's head. Fraser Anning has been widely condemned for blaming Muslim immigration for racist attacks on two New Zealand mosques that claimed at least 50 lives

Prime Minister Scott Morrison on Sunday took the side of the egger, telling reporters: "The full force of the law should be applied to Sen. Anning."

Police allege the boy assaulted the senator with the egg.