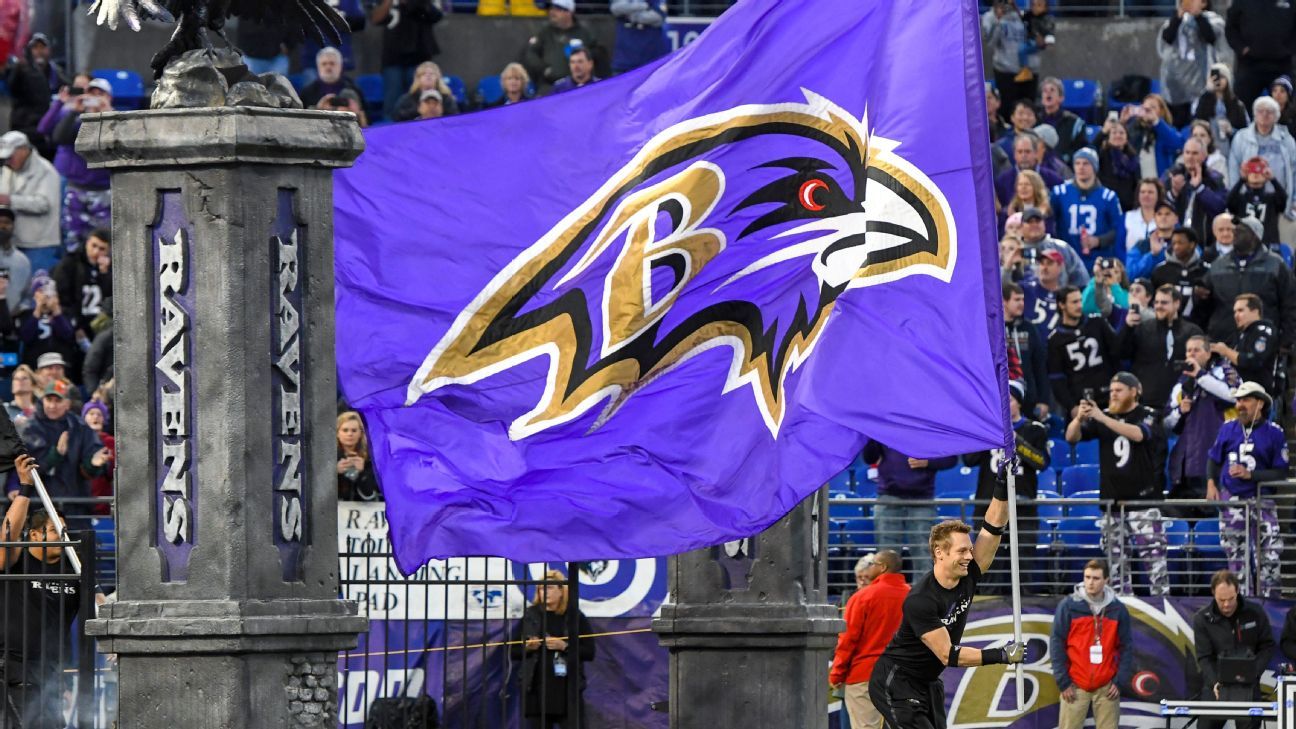 OBLIGATORY MILITIA, Baltimore Ravens said they closed their facility Monday after learning that many members of the organization had tested positive for COVID-19.

There are at least four positive tests, including players and employees, a source said. The team was notified of the tests on Sunday night, just hours after Baltimore’s 30-24 overtime loss to Tennessee Titans.

According to the team, these people have started self-quarantine.

It is unknown how this will affect Thursday night’s game against the undefeated Pittsburgh Steelers. Those who take the tests will not play Thanksgiving night, nor will those who are identified as high-risk close contacts who require five days of isolation.

The crows have begun the process of tracking contacts. All activities are processed virtually.

Baltimore canceled a scheduled workout at 4:30 p.m. Monday. If the schedule remains the same, the Ravens will have a training session on Tuesday before traveling to Pittsburgh on Wednesday.

Third-string quarterback Trace McSorley was the last player to be placed on the reserve / COVID-19 roster. He didn’t practice on Thursday or Friday last week because he was close to someone who had positive tests.

Before this week, the Ravens had only two players with a positive test during the regular season: All-Pro cornerback Marlon Humphrey (November 2) and cornerback Iman Marshall (November 12). Marshall is in reserve for injuries throughout the season.

It was already a test season for the Ravens (6-4), a team that was among the favorites in the pre-season Super Bowl, but lost three of its last four games. If the two-time AFC North defenders lose to Pittsburgh, they will be eliminated by the division.

Candice Parker will play for her hometown of Chicago Sky after 13 seasons with the Los Angeles Sparks, sources say