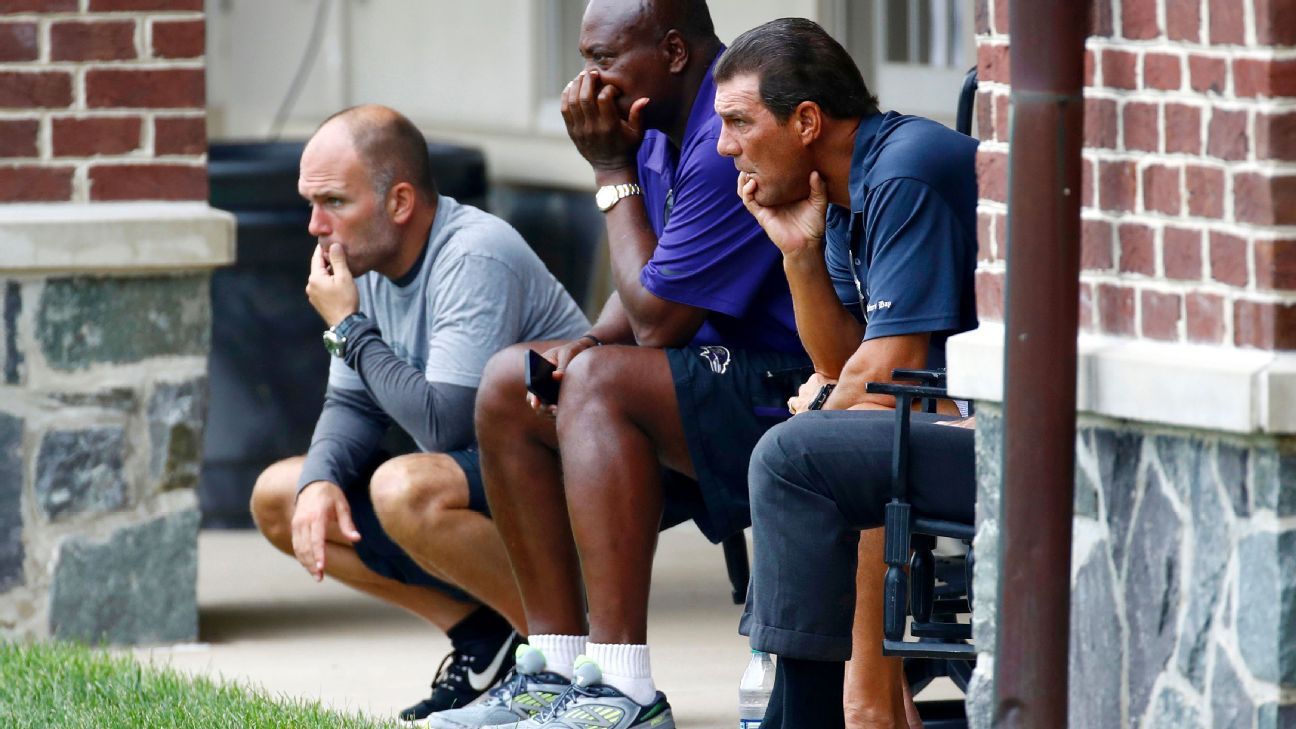 New Baltimore Ravens General Manager Eric Decosta broke up reports of a conflict with John Harbo and praised the coach for his friendship, vision and conviction during his inaugural press conference on Wednesday. (middle, with Ravens owner Steven Bessioti) as GM. He denied reports of a rift with coach John Harbo. AP Photo / Patrick Semanski

"I can tell you this, John is the only coach I want to work with," Decosta said.

Decosta pointed out that they were neighbors in Raven's facility as well as in life. DeCosta and Harbaugh live about 100 yards apart.

Over the last few months, Baltimore Sun and local sports radio talked that DeCosta and Harbaugh "are not close" and have a "strained relationship." DeCosta, who replaced Ozzie Newsome as general manager, said speculation worried him.

"I would read it, and all I would think about myself is," We have enemies trying to create divisions and cracks and cracks and such things, "said Decosta, but I worried him, I think because it was not a game or something that would be This is personal and just is not true. "

Harbaugh, who attended the DeCosta press conference, said earlier this month that they admire the energy and passion of DeCosta, who have been working side by side in the past 11 years since Harbaugh became a trainer or in 2008 DeCosta, who started as a trainee with Ravens and climbed the ladder by being appointed as GM assistant in 2012

Ravens and Harbo agreed on a new, four-year deal in 2022 last week [19659003] DeCosta admitted that Harbaugh and he himself did not always agree, especially when it comes to evaluating players.

I learned through the years … it's healthy to have disagreements or to see things differently, "said Decosta. "You have to make the best decision for the organization and do it by talking about things and not running away from them, not closing your door, you are talking about these things, you are facing the problem."