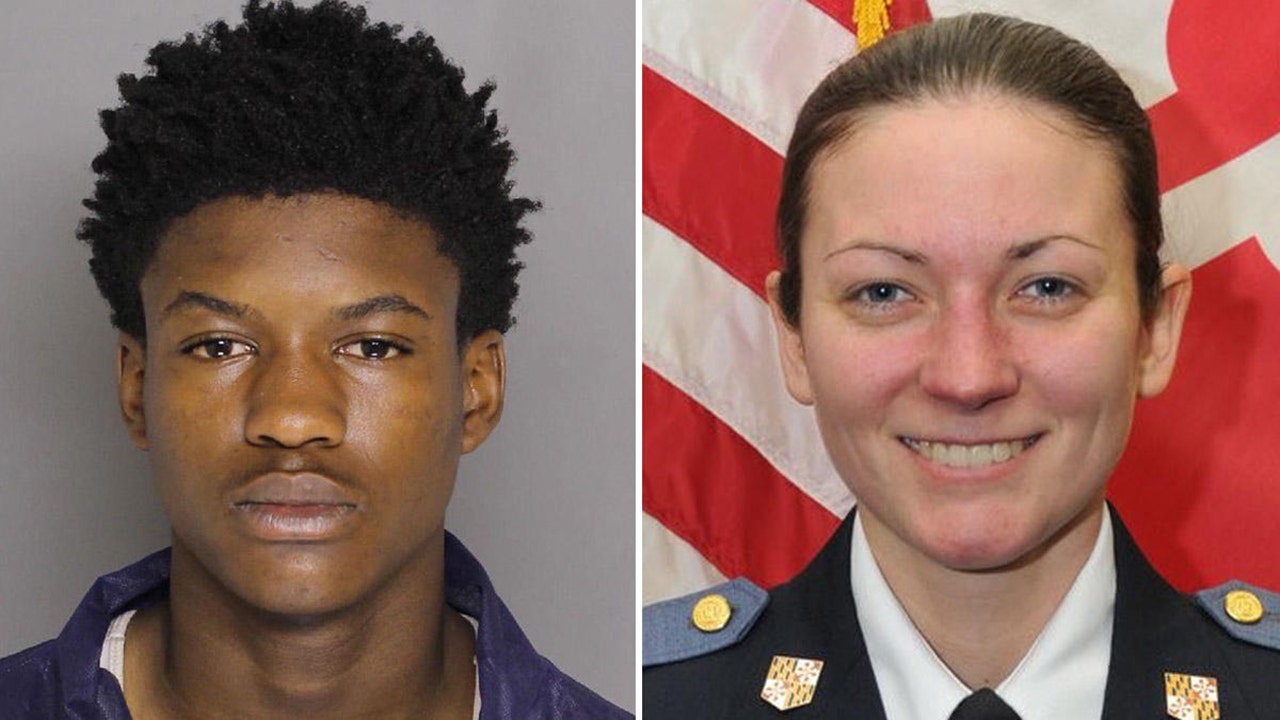 A Baltimore teenager who was due to be jailed last year at the time he came across a police officer in a stolen Jeep was sentenced Wednesday to life in prison.

17-year-old Daunta Harris was tried as an adult and convicted earlier this year in the May 2018 murder of a Baltimore County police officer Amy Caprio. On Wednesday, a judge sentenced the teenager to life in prison in addition to 20 years of burglary.

NEW YORK MAN, BULGARIAN POLICE OFFICER, ALL BULGARIANS DETECTIVES be identified as a stolen jeep. Bodycam footage from the incident shows Caprio urging the teen to get out of the vehicle.

17-year-old Daunta Harris was convicted as an adult and convicted earlier this year in the May 2018 murder of a Baltimore County police officer Amy Caprio, 29 years old.

At one point, she pulls out her weapon and yells at Harris to "Stop it! Stop it! "Before tilting her head, she speeds up and crashes her car into it.

Caprio succeeded in firing one round, which crashed on the windshield of the jeep. Residents of the Baltimore suburb are reported to have found the officer bloodied and with traces of tires on his feet. She received broken ribs and injuries to her internal organs.

Police allege that Harris pulled the jeep several blocks away.

OHIO COP CHECKED ACTING GIRL, 12 WAITING FOR BUS AND FILMED ANY URINATION OF HIS: POLICE Harris was awaiting sentencing in another car theft case during the murder. However, he has been allowed to remain under house arrest despite a series of previous arrests for car thefts, multiple occasions in which he escaped juvenile arrest and a request from his mother to detain him.

A freshman in high school, Harris was moved from a nursery to his home in West Baltimore – and disappeared shortly after.

A week later, Caprio is dead.

Three other teens, identified as accomplices of Harris, have pleaded guilty to murder and are scheduled to be sentenced in September. Authorities have accused them of stealing a home when Caprio was leaked on the street.