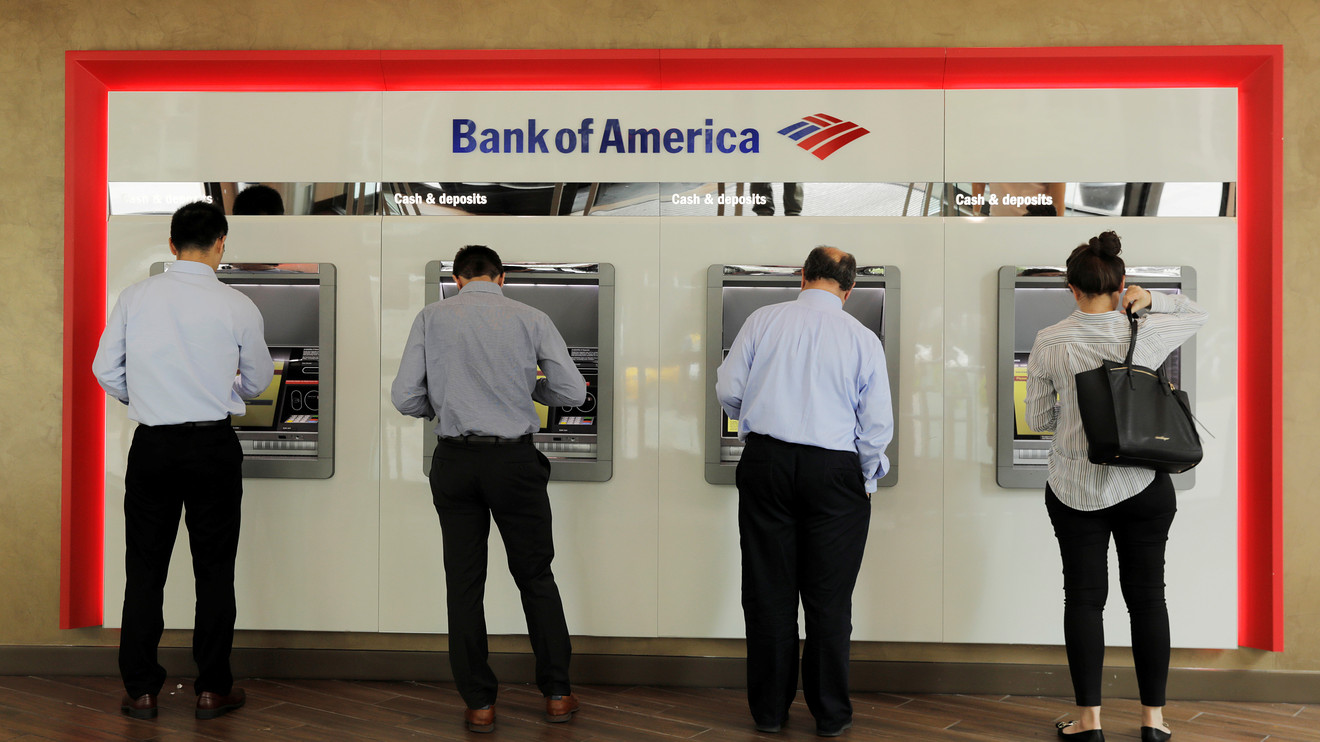 Shares of Bank of America Corp. Seesawed to a gain Wednesday, as the bank lowered its full-year outlook for net interest income, but still expected growth in the face of anticipated interest rate cuts and slowing economic growth

. and second-quarter profit that beat expectations, but net interest income that came up a bit shy. Meanwhile, sales and trading revenues fell 10%, as fixed income, currencies and commodities revenue declined 8% – and the fourth straight quarterly decline – and equity revenues tumbled 13% after plunging 22% in the first quarter

climbed 1.6% in active afternoon trading, reversing pre-market losses of as much as 1.3%. Trading volume of more than 65 million shares made it the most actively traded on major U.S. exchanges, according to FactSet

On the post-earnings conference call with analysts, Chief Financial Officer Paul Donofrio cut 2019 NII growth outlook to 2%, assuming stable interest rates. Assuming the Federal Reserve cuts interest rates two times this year, which is what the forward rate curve is anticipating, the NII growth would be about 1%. Three months ago, BofA cut its NII growth outlook to "roughly" 3% this year in a stable rate environment

said on Tuesday it expected 2019 NII to decline nearly 5%, while JPMorgan Chase & Co.

For 2020, it was "a little early" to provide guidance, since the rate cut outlook is still uncertain- -while Donofrio said the forward curve is anticipating one rate cut in 2020 – and the reason for the cuts is still unknown

Regarding concerns over economic outlook, Chief Executive Brian Moynihan said on the call that "solid"

"On the surface, B. of A.'s results look a bit boring and in line with expectations," said Octavio Marenzi, chief executive officer of the capital markets management consultancy Opimas. "However, digging deeply, a few things stand out. The consumer banking group was far better than expected, with net income up 13%. "

What the bank said about the next 12 months, however, is its intention to return $ 37 billion worth of capital to its shareholders. That will come in the form of a 20% increase in the quarterly dividend and more than $ 30 billion in gross share repurchases.

Based on the current quarterly dividend of 15 cents a share, a 20% increase would indicate a payout of 18 cents and share. Based on current stock prices, the implicit annual dividend rate of 72 cents a share would provide a dividend yield of 2.44% compared to the implied yields for the SPDR Financial Select Sector exchange-traded fund