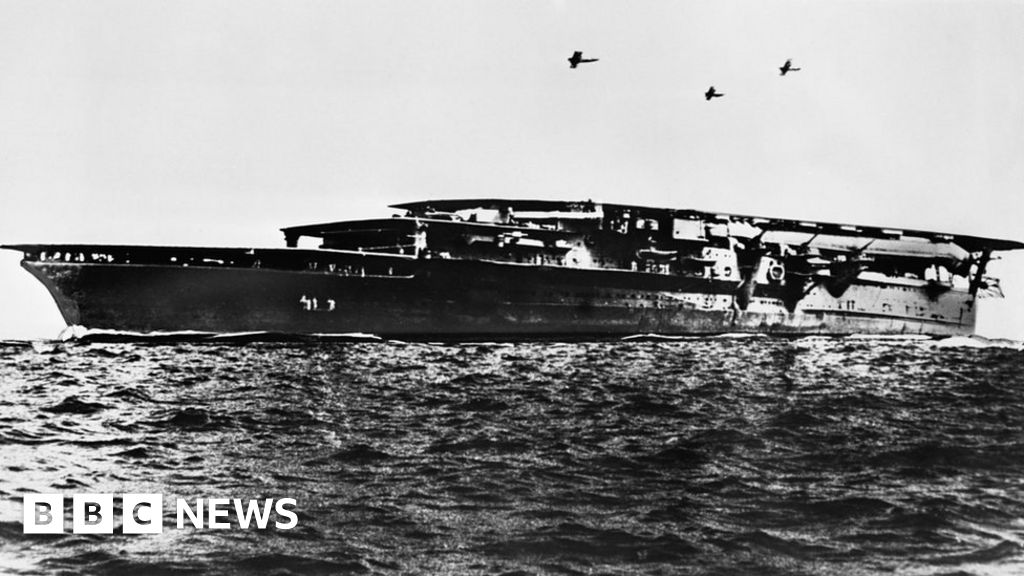 Deep sea researchers found two Japanese aircraft carriers that had been sunk in battle during World War II. The carriers were among seven ships that descended on the Battle of Midway, a major air-sea battle fought between the US and Japan in 1

One ship, Kaga, was discovered last week while the remnants of another carrier , Akagi, were discovered on Sunday. So far, only one other ship, sunk in this battle, has ever been found – USS Yorktown, in 1998.

The discoveries this month came after weeks of searching for crew members based on the research vessel Petrel . The court is owned by Vulcan Inc, a company created by the late Microsoft co-founder Paul Allen.

The crew has an autonomous underwater vehicle (AUV) equipped with sonar, which helps to determine the locations of Kaga and Akagi.

The petrel also worked with the US Navy, as under US law it is otherwise illegal to disturb submarine graves – that is, places where the remains of US warships are located.

Both ships were found lying about 18,000 feet (5,490 meters) underwater in the Papahanaumokuakea Marine National Monument, the largest marine conservation area in the world.

Midway Atoll, a small group of islands in the North Pacific, was used as an American military installation during the war.

Japan had planned to conquer the islands, but the United States intercepted its communications. When Japanese troops arrived on the islands on June 4, 1942, ready to strike, they found the Americans waiting to welcome them.

More than 2000 Japanese and 300 Americans were killed in the ensuing battle. They sank a total of seven ships – four of which were Japanese carriers.