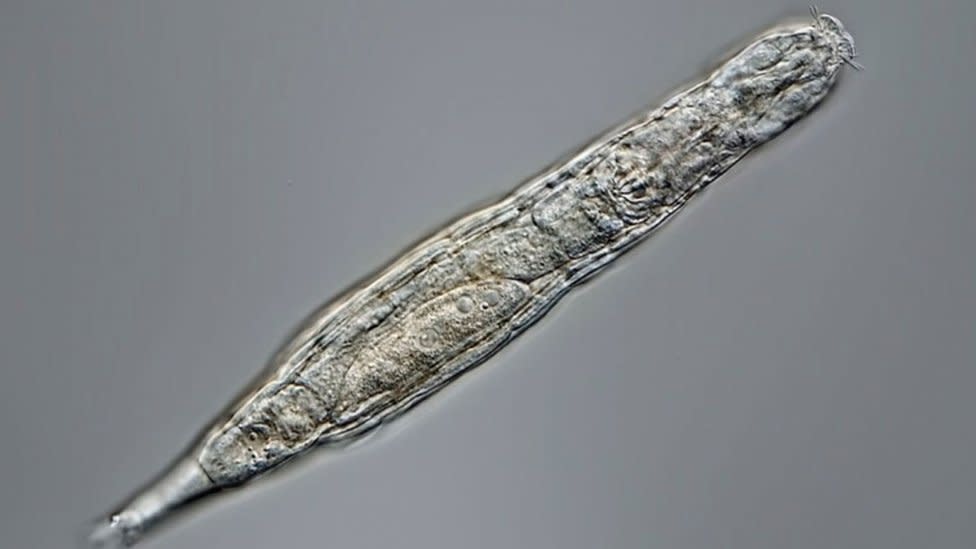 A microscopic multicellular organism has come to life after being frozen for 24,000 years in Siberia, new research shows.

Scientists have unearthed an animal known as a bdeloid rotifer from the Alaeza River in the Russian Arctic.

Once thawed, it was able to reproduce asexually after spending thousands of years in a state of frozen animation known as cryobiosis.

Previous research says they can survive frozen for up to 1

A new study published in Current Biology on Monday suggests they could last for thousands of years, if not indefinitely.

“The bottom line is that the multicellular organism can be frozen and stored as such for thousands of years and then come back to life – the dream of many fiction writers,” said Stas Malavin of the Russian Institute of Physicochemical and Biological Problems in Soil Science. the association.

He said more research is needed to see how he accomplished the feat. The researchers in the study froze and thawed dozens of animals in a laboratory to study the process.

Radiocarbon dating matures the bdelloid rotifer between 23,960 and 24,485 years.

Bdelloid rotifers are a class of rotifers found in freshwater environments around the world. The name rotifer comes from the Latin, which means “bearer of wheels”.

Creatures are known for their ability to withstand extremes. They are among the most resistant to radioactive animals on Earth, according to the New York Times, which reports that they can withstand low oxygen content, hunger, high acidity and years of dehydration.

Other multicellular organisms have been reported to come to life after thousands of years, including the nematode worm, as well as some plants and mosses.