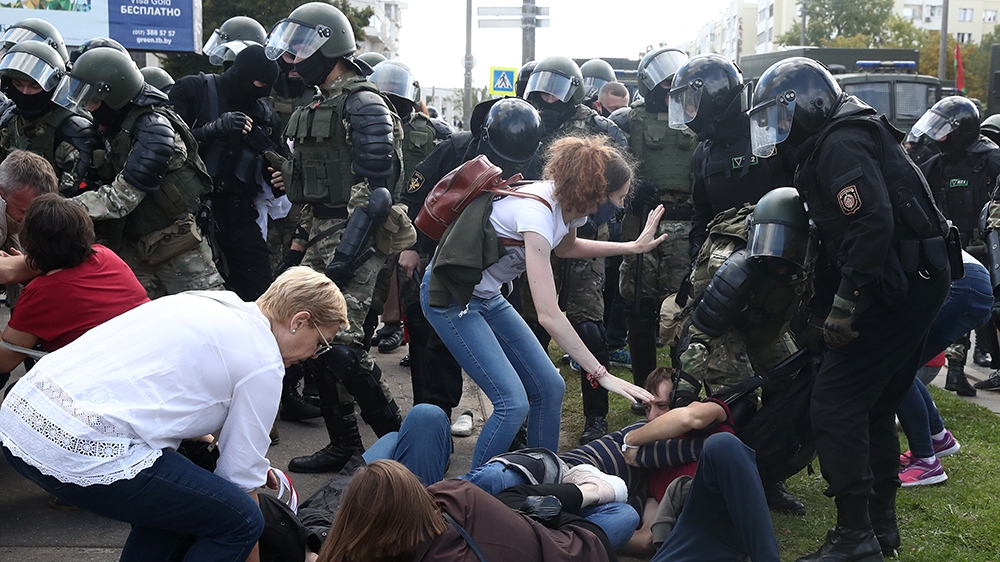 Belarus’s borders with Poland and Lithuania remained open on Friday, although the nation’s president said they would be closed and accused neighboring nations of inciting nearly six weeks of protests against his 26-year-old authoritarian leadership.

Belarusian President Alexander Lukashenko said late Thursday that he was putting the army on high alert and closing the country’s borders with Lithuania and Poland. Mr Lukashenko has accused the United States and its allies of inciting weeks of unrest following his re-election for a sixth term last month, a result that protesters in Belarus say is the result of a fraudulent election.

“We are forced to withdraw troops from the streets, put the army on high alert and close the state border to the west, mainly with Lithuania and Poland,” Lukashenko told a women’s forum, adding that Belarus’s border with Ukraine was also will be strengthened.

But the National Border Guard said all border checkpoints remained open, although it said controls and inspections had been stepped up.

Lukashenko’s main candidate in the election, former English teacher and political novice Svetlana Тихановская, rejected Lukashenko’s allegations as part of his efforts to denigrate protesters and accuse foreign influence of anger against him, and called for his resignation on the streets of Belarus.

“Lukashenko has already tried to intimidate us with non-existent enemies. He has accused civilians of being involved in violence and has tried to betray true patriots as traitors,” he said. Тихановская said in a statement.

“But his conversation yesterday about closing borders marks a new level of distancing himself from reality. It was a conversation of a weak man about his own imaginary world.”

She called on Belarusians to ignore Lukashenko’s noise, stressing that “all our neighbors are our friends”.

The United States and the European Union have criticized the presidential election as neither free nor fair, and called on Lukashenko to begin talks with the opposition, a call he rejected. Washington and Brussels are considering sanctions against Belarusian officials for alleged vote rigging and violent response to protests.

During fierce protests in the first few days after the August 9 presidential election, nearly 7,000 people were arrested and hundreds injured. Since then, the Belarusian authorities have changed their tactics and tried to crush the protests by selectively detaining protesters and imprisoning opposition leaders.

In a new strategy to stop Sunday’s rallies, which gathered up to 200,000 people on the streets of Minsk to denounce the government, the Belarusian Prosecutor General’s Office said it had tracked down parents who had taken their children to opposition demonstrations.

It says prosecutors in the capital have sent notices to 140 people warning them of failing to fulfill their parental responsibilities. The service statement did not specify the potential consequences of the warnings.