Bernie Sanders: Of course I would use tariffs as president 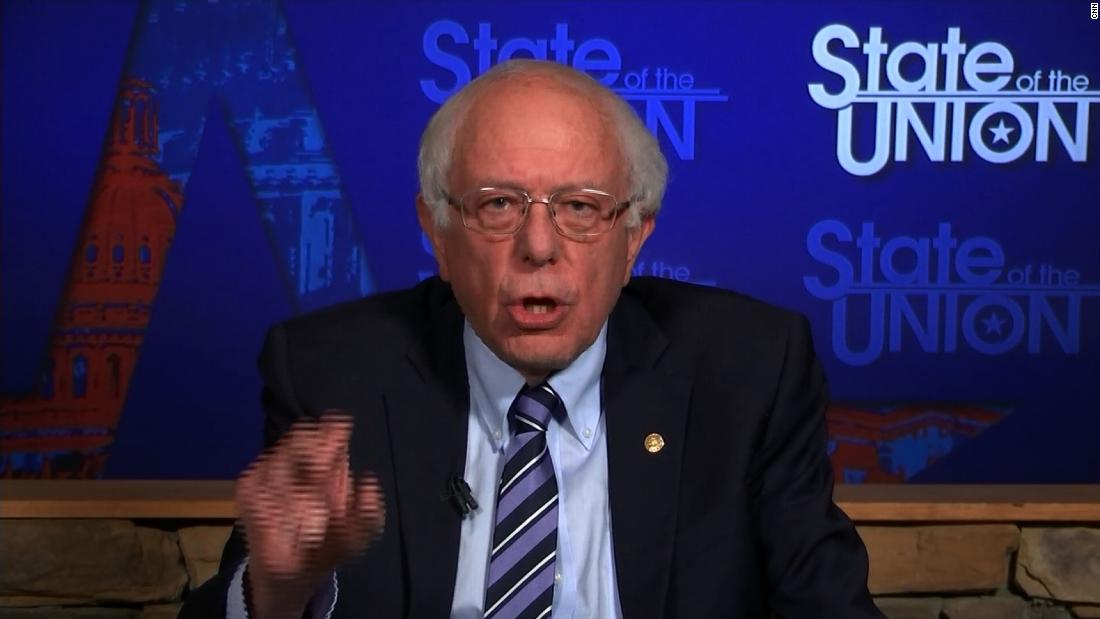 "What the president does is completely irrational and destabilizes the entire global economy," the Democratic presidential candidate in 2020 said in an interview broadcast on CNN's State of the Union on Sunday. "You are not making a trade policy by announcing today that you will be raising tariffs by X percent and the next day by Y percent by attacking the person you have appointed Chief of the Federal Reserve as an enemy of the American people."

Asked by CNN's Brianna Kailar whether he would use tariffs to cut a deal with China during his own presidency, Sanders replied that he would.

"Yes, of course, it is used in a rational way in the context of a broad, sensible commercial policy. This is one tool that is available," he said. "By the way, you are looking at someone who helped lead the efforts against the continued normal trade relations with China and the (North American Free Trade Agreement)."

The US-China trade war intensified again on Friday, with Beijing presenting a new round of rewards tariffs on US goods. Trump responded swiftly to China's announcement, saying it was raising tariffs on existing tariffs on Chinese goods and said US companies should move operations from China in response to their TIT-TAT-TAT tariffs.
"We don't need China, and frankly, it would be much better without them," Trump wrote in a series of tweets on Friday. The president also "ordered" US companies "to immediately start looking for an alternative to China."
Trump's response to China's recessionary tariffs and Fed policy prompted Friday, leaving the stock to end sharply with the red day in red.

While in the G7 on the Atlantic coast of France, Trump told reporters he had his own concerns about tariffs against China.

"I have second thoughts about everything," he said, without saying what he might review. Hours later, his spokeswoman, Stephanie Grisham, told reporters that the president's remark had been "misinterpreted" and that "President Trump replied in the affirmative – because he regretted not raising the tariffs."

Sanders has dealt with the president repeatedly in trade policy, recently opposing the renegotiation of the NAFTA administration, the US-Mexico-Canada agreement.

He also uses his own record in trade to draw a contrast between himself and his fellow Democrat in 2020. Joe Biden, who supported the North American Free Trade Agreement and the Trans-Pacific Partnership. Sanders did not support these proposals.

In an interview broadcast Sunday, Sanders stated, "We need a sound trade policy today, not what Trump does with a tweet."