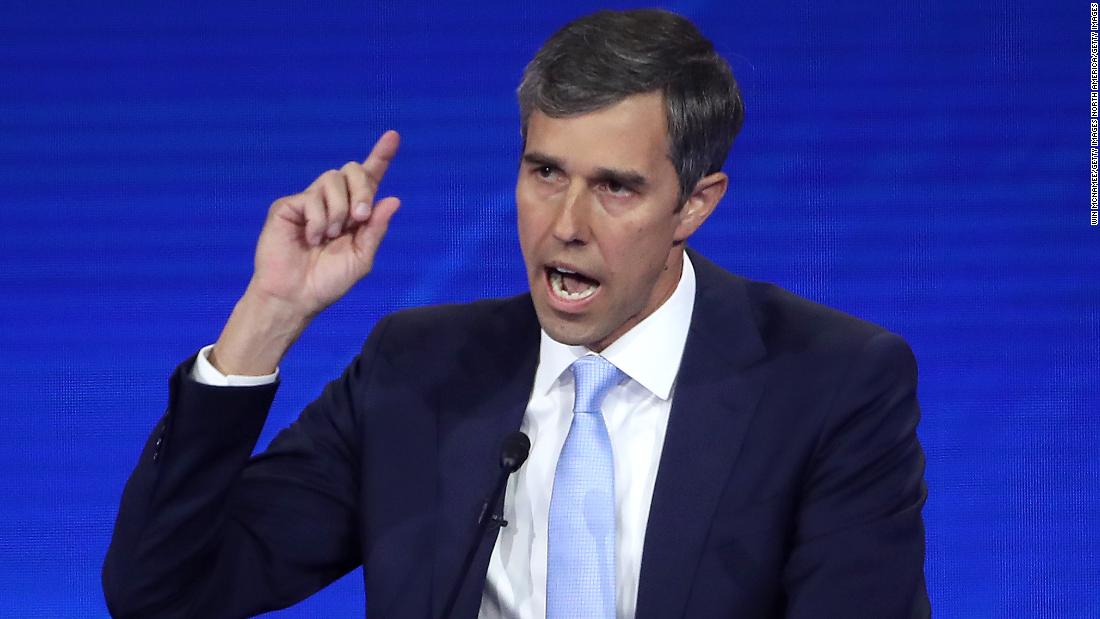 In 2011, he co-authored a book arguing for the legalization of marijuana, saying it was a crucial step in reducing Mexico's violence. He then went into national politics, displacing Democratic Rep. Sylvester Reyes in 2012 into a major campaign with a campaign based on challenging Reis's opposition to marijuana legalization.

As presidential candidate O & # 39; Rourke raised the issue as a matter of racial injustice, stating in Iowa in March that those arrested on marijuana charges were "browner and blacker than most from America."

His plan is to regulate marijuana in ways much more similar to alcohol: requiring personal documents to buy it, focusing on deterring driving under the influence and limiting its use in public spaces.

His plan calls for a federal tax on the marijuana industry ̵

1; though he does not specify what that tax will be. The proceeds of the tax will be used to fund a number of goals, including support for introducing into society for people incarcerated for marijuana possession, funding programs to treat drug abuse and providing money to ex-offenders for marijuana offenses in state and federal prisons – a campaign called the Drug War Justice Grant.

It will give priority to minority businesses and people who have themselves been convicted of marijuana offenses in obtaining licenses for the production, distribution and sale of marijuana.

Rourke presents his roundtable proposal focused on the issue this week in Los Angeles and Oakland, as well as Reddit AMA ("Ask Me Everything") scheduled for Thursday.

"We must not only end the ban on marijuana, but also repair the damage done to the colors of the flowers, disproportionately imprisoned in our criminal system or locked up without opportunity because of the war on drugs," Rourke says in statement accompanying the release of his plan.

"These inequalities have been exacerbated for decades as predominantly white communities receive the vast majority of lucrative business opportunities, while colored communities are still facing excessive police and criminalization. It is our responsibility to begin to redress the injustices of the past and to help the people and communities most affected by this delusional war. "