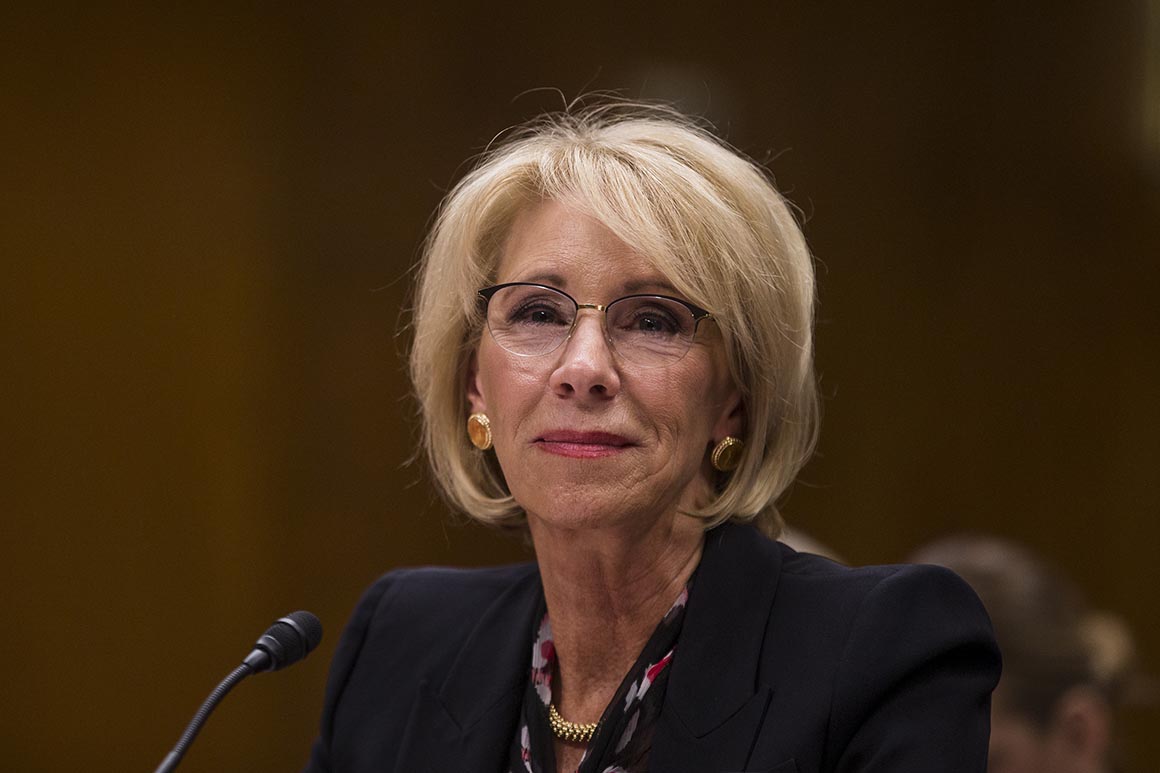 Last month, a federal judge detained DeVos in contempt of court and imposed a $ 100,000 fine for violating an order to suspend the collection of student loans owed by former Corinthian students. The department admitted to court earlier this year that it had wrongly collected the loans of about 16,000 borrowers who attended Corinthian colleges.

Scott, in a letter to DeVos dated November 1, stated that his committee would consider using its legal authority to coerce his testimony if he did not accept a proposal to volunteer.

Prior to Scott's letter of November 1, the department's chief adviser, Reed Rubinstein, wrote to Scott, saying that DeVos was unable to testify, citing "active litigation." the only appropriate witness in the education department to testify on the matter.

In a letter to Scott published by the department Thursday evening, DeVos suggested to Scott that "you and I are having a conversation in person or on the phone, at your convenience, to discuss claims for borrower protection. "She said she initially offered a personal briefing on Scott with Mark Brown, the head of Federal Student Aid, because of the complexity of the case.

1; and the letters seem to do little to promote the public good, though clearly. are effective for generating headlines, "DeVos writes to Scott.

She added that her letter to her" implies a basic misunderstanding of the state of the game, "that the department wants to handle students' claims and" what need, is quick action from the court. "

Said DeVos:" There's nothing to offer more than that. This is, simply put, the answer to all your questions. "

In a separate letter to the chairman, Rubinstein stated that the department was not" against the secretary, who appeared before the committee at some point in time relatively closely. he testified that it would only be appropriate after the commission had heard from Brown and the Court of Appeals in the Ninth Circuit had ruled on the merits of the pending appeal. [19659010]
Source link