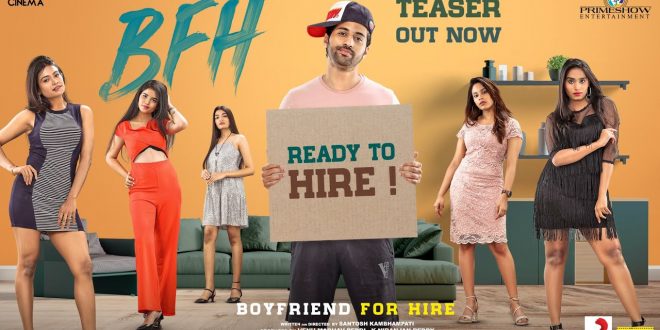 Boyfriend For Hire, the title sounds charming and after the teaser released by Vishwak Sen, the story of the film is equally captivating. Visvant started this business with a boyfriend for hire and is very expensive.

According to his busy schedule, Visvant received an offer to play as a boyfriend for a year. Malavika Satheesan hires him because her parents want her to get married. They are starting to like each other and here comes an interesting revelation.

Visvant is a virgin, although he is seen romantically by several girls who hire him for a day or a few days. Puja Ramacandran is one of the girls who hires Visvant. Where Visvant and Malawi̵

Director Santos Kampampati impresses with his youthful theme. Gopi Sundar’s music is a great asset. Venu Madhav Peddi and K Niranjan Reddy produced the film, which was made with his photos. BFH is preparing for release soon.