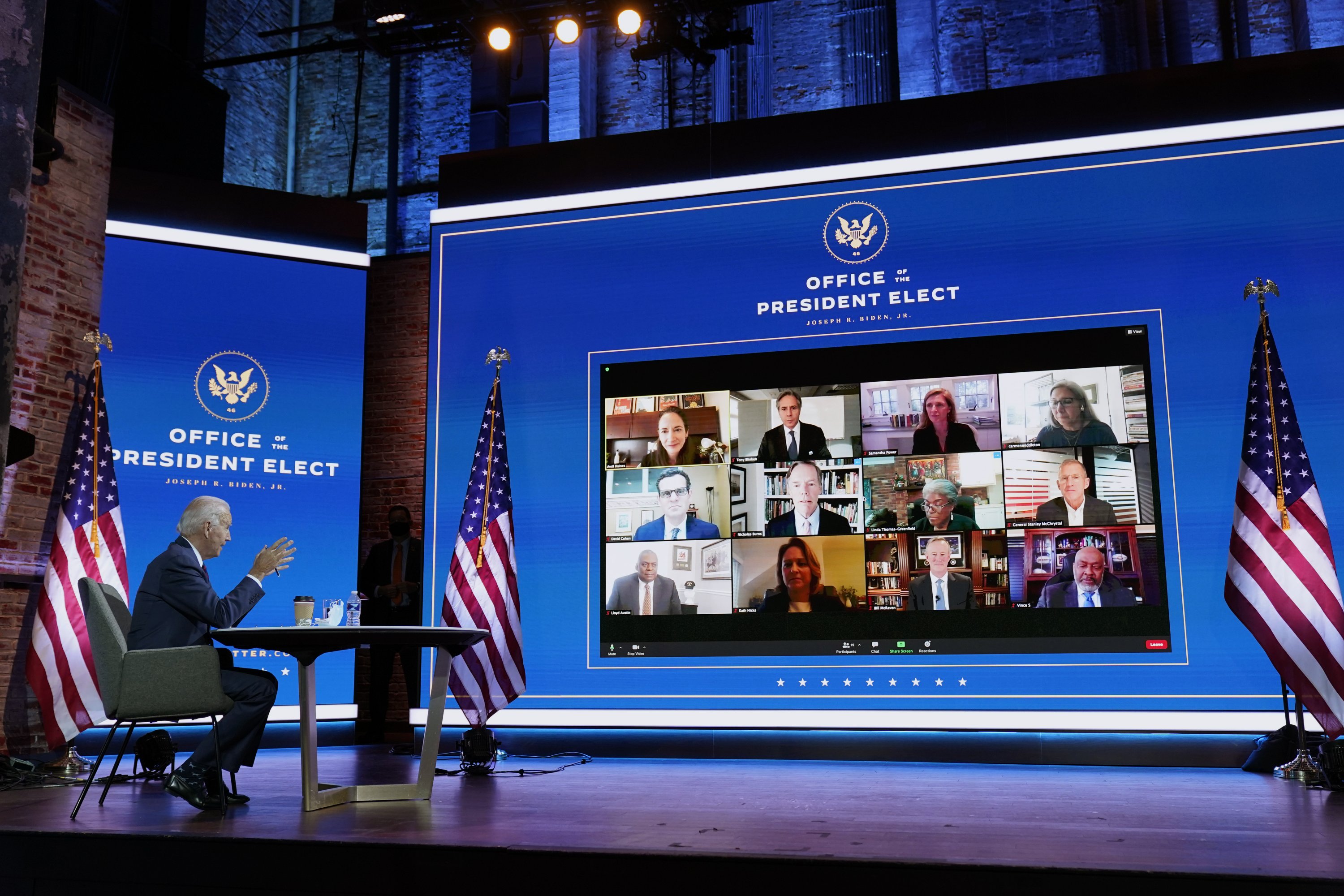 Blocked by the official intelligence briefing traditionally given to incoming presidents, Biden met virtually Tuesday with a collection of intelligence, defense and diplomatic experts. None of the experts is currently linked to the US government, raising questions about whether Biden is being provided with the most up-to-date information on the dangers facing the nation.

Vice President-elect Kamala Harris received a more formal briefing Tuesday as a member of the Senate Intelligence Committee, although there is still relatively limited information on the specific threats Biden will inherit.

And as the worst pandemic of a century falls on the United States with new ferocity, the current administration is blocking Biden from collaborating with his response team. Instead, Biden plans to meet directly with pharmaceutical companies this week to determine how best to distribute at least two promising vaccines to hundreds of millions of Americans, the biggest logistical challenge for the new president in generations.

The moves reflect how Biden is adjusting to a historically tense transition. With no sign that Trump is ready to facilitate a peaceful transfer of power soon, Biden and his team are instead working through a series of backup options to do their best to prepare for the challenges it will face immediately after taking office in January.

Refusing to criticize Trump, Biden admitted on Tuesday that he had “not received briefings that would normally have come so far”

Biden said he was preparing to inherit a “divided state and a world in disarray.”

Two weeks after the election, Trump continues to block Biden’s access to pandemics and national security briefings for his administration, falsely claiming that Biden is not the legitimate newly elected president because of non-existent voter fraud. The Democrat defeated the Republican president 10 days ago, and Trump’s crumbling legal strategy to block certification of election results is rapidly falling apart.

Research released on Tuesday from the Center for the Presidential Transition to the Non-Partisan Public Service Partnership, warned that the shortened transition could damage Biden’s ability to fill more than 1,200 administrative posts requiring Senate approval, including key cabinet and front office posts. tackling the pandemic.

A growing group of Republicans have begun to declare publicly what Trump is not: Biden will become the next president on January 20. Even Israeli Prime Minister Benjamin Netanyahu, a staunch ally of Trump, named Biden as the US “elected president” for the first time on Tuesday.

“He is not receiving the briefings that the newly elected president should receive, but that will not stop him from doing everything possible to prepare and implement during this transition period,” said Biden transition spokesman TJ Ducklo.

Trump’s decision to block the transfer of power has forced Biden to focus on the life and death business by distributing vaccines with limited information.

Biden’s team plans to meet alone with private pharmaceutical companies in the coming days to learn more about the state of their vaccine production. Although neither of the two most promising vaccines has yet received approval from the US government, they will almost certainly be distributed under Biden’s supervision if and when they are officially considered safe.

Under Trump, the Department of Health and Human Services and the Pentagon are currently working with states on a vaccine distribution plan. But Biden’s transition team and Democrats in Congress also have ideas. There may be conflicting expectations for state leaders and health care systems that will be closest to the actual work of firing into the arms of Americans.

Biden warned Monday that “more people could die” if Trump continues to block his access to vaccine plans and pandemic data.

“I’m very concerned that we’re in the middle of this battle with dying people and overcrowded hospitals in every country in the country, and we need to make sure there’s a smooth showdown,” Maryland Gov. Larry Hogan, a Republican who criticized Trump, told reporters. in Tuesday. “I hope we do, and I think I’m fine, but we have a brand new team that hasn’t been involved, that doesn’t really know much about what’s going on right now, and that’s a problem.”

“Addressing the challenges of the pandemic is imperative to save American lives,” they wrote. “Real-time data and information on the supply of therapeutic agents, test supplies, personal protective equipment, ventilators, hospital bed capacity and manpower availability in order to plan the further deployment of the country’s assets must be shared to save countless lives. “

There are obvious limitations to Biden’s approach.

Some of Biden’s current team of national security and foreign policy advisers have had security clearances in their previous jobs, but are now unfamiliar with real-time intelligence. Others have security clearances in their current jobs, perhaps as employees of defense providers. But at the moment, none of the members of the transition team can share classified information with Biden’s transition team, especially without being in a safe place.

Former CIA Deputy Director Michael Morel, in a recent interview with the Center for Presidential Transition, said it was imperative that Biden be informed of the agency’s covert actions taken by the Trump administration, “because on the day of his inauguration, these covert actions will become the new president. “

For example, Trump is expected to withdraw a significant number of troops from Afghanistan in the coming weeks. The NATO leader criticized the decision on Tuesday, warning that the withdrawal of troops could allow terrorist groups to launch attacks against the West.

Trump administration officials say they will not deliver the president’s classified daily intelligence briefing until the general service administration, led by a Trump-appointed one, decides to certify Biden as the official winner.

The White House has not said whether there have been any talks with the GSA.

Reichman and Miller report from Washington. Associated Press writers Ricardo Alonso-Zaldivar and Lisa Mascaro of Washington and Brian Witt of Annapolis, Maryland, contributed to the report.