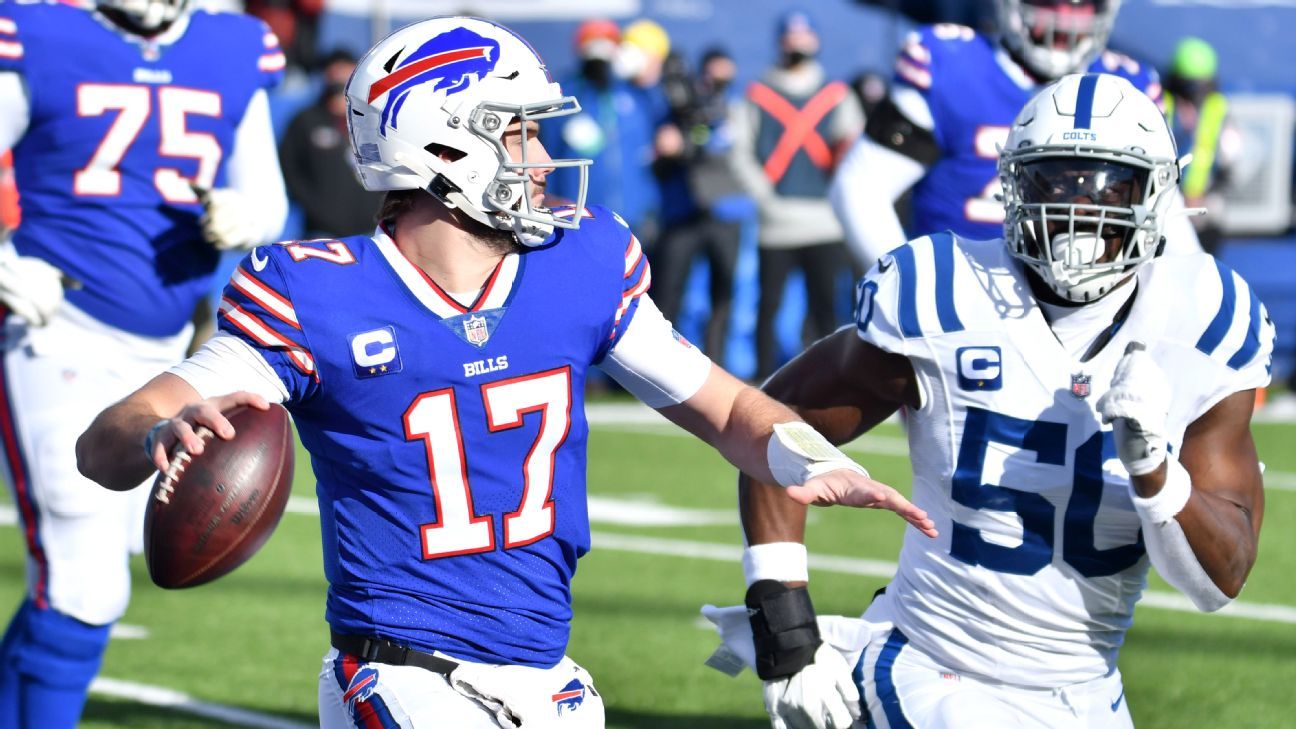 ORCHARD PARK, NY – The Buffalo Bills retained the lead Saturday against the Indianapolis Colts on a 35-yard pass in the fourth quarter of their AFC Wild Card game.

It was Alan’s third 30-yard air finish on Saturday. This is the first time Allen has made three passes of 30 or more air yards in a single game.

In second place and 3 from the Colts’ 3-yard line, Allen made a moment that looked like a projected run, but was quickly greeted by Indianapolis defenders Tikuan Lewis and Anthony Walker. Alan slipped to the right and stood just enough to see Knox wide open in the end zone. As he was knocked to the ground, Alan lifted the ball to Knox, who caught it with no one around him.

Alan was electric in the drive, scoring 12 yards for the first time before hitting Diggs for a 36-yard win in the next game. Diggs was hit almost immediately after the catch, but was hooked to put the bills on the Colts’ 37-yard line. Alan made 5 of 7 disc passes for 67 yards and the score.