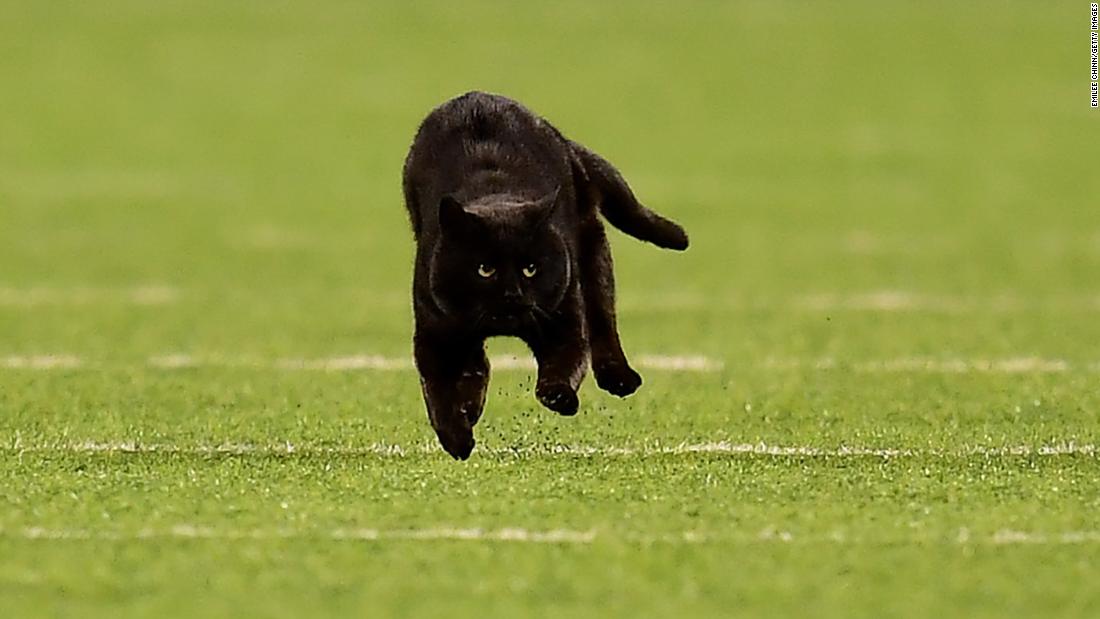 The Cowboys listed the black cat as "MVP Rally Cat" in a tweet that announced the starting lineup for the Minnesota Vikings this week. The graphic also included the blue star Cowboy in the cat's pupil.

The frantic cat took to the field in the second quarter on Monday when the Cowboys played at New York Giants at MetLife Stadium. Avoiding US troops in New Jersey, the cat made its own attack, and the crowd – both cowboy fans and giants – burst into cheers. Then the cat disappeared into the tunnel and into the night.

The cat was bad luck for the Giants but lucky for the Cowboys, who won 37-18.

It looks like the cat's luck runs out for the Cowboys this week, the Vikings winning 28-24.

CNN's Elizabeth Wolfe and Justin Lear contributed to this report.