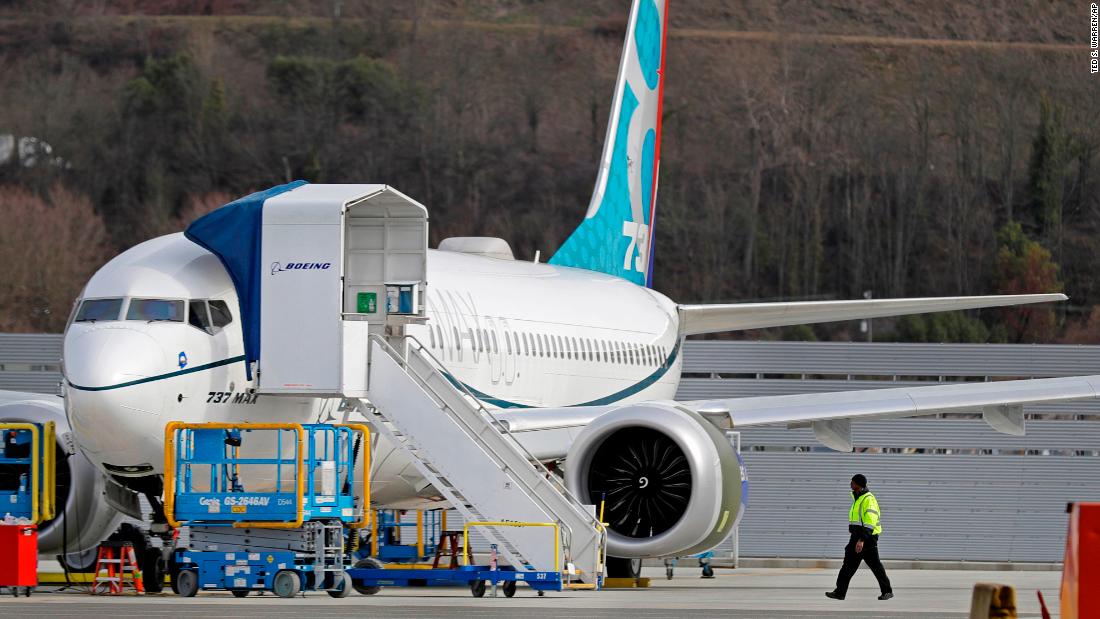 These changes are intended to reduce the chances of triggering the Maneuvering Characteristics Augmentation System, or MCAS, which is believed to have played a role in the Lion Air crash in October.

The Federal Aviation Administration has said there are similarities between that crash and a second 737 MAX crash earlier this month in Ethiopia.

Pilots and training officers from Southwest Airlines, American Airlines and United Airlines met with Boeing officials Saturday to review the software changes in the Seattle area, where the model is assembled, according to multiple airline sources

At the gathering, pilot simulated flights designed to mimic the situation that brought down the Lion Air flight in Indonesia last year, using the current and updated software, according to the person briefed on the session .

Each pilot using the flight simulator landed the plane safely, the person said.

In the simulations with the current MCAS software, the test pilots used existing procedures to disable the system, while test flights using the new software required less intervention from the pilots, the person said. by the New York Times.

The updated software designed by Boeing uses input from two sensors on the nose of the plane, instead of one, and is designed not to trigger the MCAS system repeatedly, which is believed to have pitched the Lion Air plane's nose down so sharply

In a statement Sunday, Boeing called the meeting a "productive session" and said that they had invited more than 200 pilots and technicians, as well as regulators, to an informational session at the company's production facility in Renton, Washington, on Wednesday.

"This is part of our ongoing effort to share more details about our plan for supporting the safe return of the 737 MAX to commercial service," said Boeing.

"We had a productive session this past Saturday and plan to to reach all current and many future MAX operators and their home regulators. "At the same time, we continue to work closely with our customers and regulators on software updates and training updates for the 737 MAX," Boeing said.

The FAA, which is part of this effort to test the new software, declined to comment

One source familiar with the tests said the FAA is expected to receive the software early in the week.

But the FAA is not expected to allow the dozens of 737 MAX planes it grounded back into the air until it learns more about the causes of the Ethiopian Air crash, the source said.

Data from the flight data and cockpit voice recorders are being analyzed in Ethiopia.

US air carriers would like to see the plane return to the sky. American, which has 24 MAX aircraft in its fleet, and Southwest, which has 34, agree with union statements that their pilots are trained well enough to deal with the incidents that Lion Air pilots encountered.

American alone is canceling dozens of flights a day as a result of grounding the MAX aircraft.

On Sunday, the airline said in an announcement that the cancellations would continue through April 24, resulting in 90 flights grounded every day.