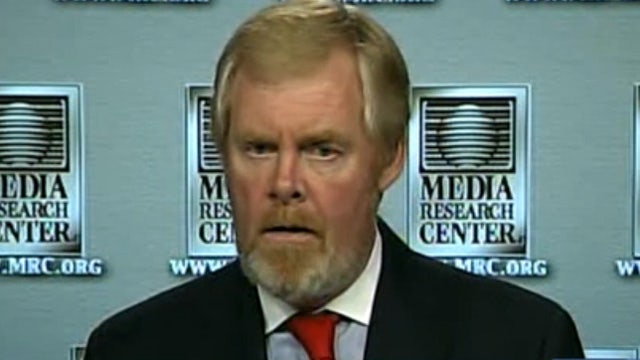 “Great technology is doing what everyone told us was a crazy conspiracy, canceling the Conservatives. Now they’re following it [Parler]. Don’t let them win! “Join me there @brentbozell,” Bozell wrote on Twitter on Saturday.

“BigTech has declared war not only on the right, but also on the American ideal of freedom. Apple, Google and Amazon are dangerous monopolies and must be broken. Flood them with calls and emails,”

Bosel’s comments come after all the Big Techs seem to be coming together to block President Trump following the dismissal of the US Capitol on Wednesday by a pro-Trump mob.

Facebook CEO Mark Zuckerberg said Thursday that Trump’s Facebook and Instagram accounts will be blocked “indefinitely” and for at least the next two weeks before January 20’s Inauguration Day.

Twitter announced the final suspension of Trump’s account on Friday, after months of warning his tweets with warnings. The social media company said the president was spreading misinformation that could lead to further violence.

Parler was crippled after Amazon, Apple and Google launched it from their platforms, citing numerous publications they said were inciting violence. Amazon said in a statement that Parler lacked sufficient control over the violent content.

White House Deputy Press Secretary Judd Deer has denied the crackdown on social media that has taken hold since the Capitol uprising.

“It is undeniable that no one has been more successful in using digital media than President Trump to communicate directly with the American people, but it is incredibly ironic, but not surprising that when the president speaks to the country at a critical moment, Big Tech chose to censor and block him from doing so, “Deer told Fox News.” Big Tech is out of control. “

Michael Ruiz and Brooke Singman of Fox News contributed to this report.