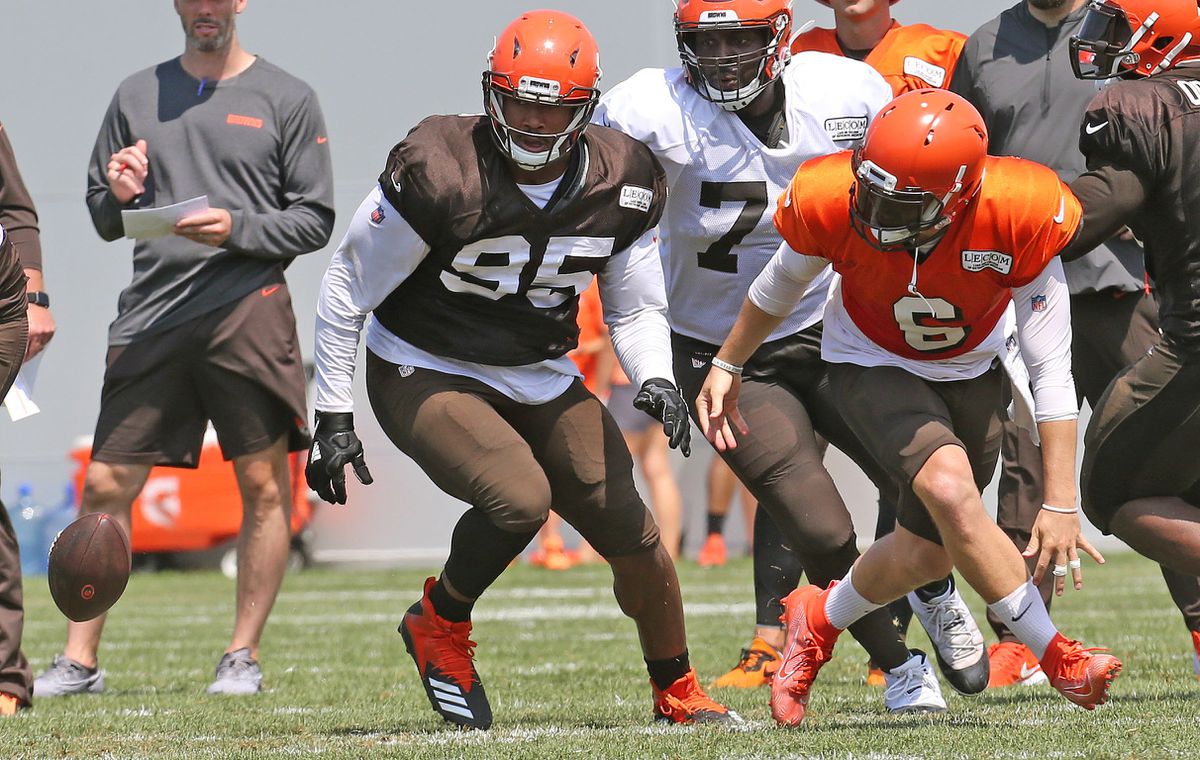 BEREA, Ohio – While a great concentration in Browns' training camp was aimed at position battles, Miles Gareth was on Monday in Bereia to remind everyone he was a defensive end to the Pro Bowl for reason. [19659002] Gareth was in the background and interrupted the game during 11 of 11 sessions. Garrett blew past the left arm Greg Robinson before he pulled right behind Baker Mayfield a sure sack if it was allowed to deal with the back attacks in the camp.

Garrett also created problems in the running game, stopping Nick Chub for a loss in a live solving session and a later break Jarvis Landry at the end.

Now, entering his third season, Garrett is free at camp, often admitting fans screaming his name or running on a rope that separates fans from the pitch for a series of low fives.

On Monday, he went to where he trained players, demanded a ball and released a kick that proved he had to stay protected.

Here are some other observations from Monday:

. Rookie linebacker Sione Takitaki has beaten some attacking players wrong in the camp with their aggressive style during sessions they do not fight. On Monday, he showed his skills to pursue the sessions, going back to backfield and generally around the ball almost instantly.

2. Chad Thomas and Chris Smith saw the first team against Gareth in full-time sessions. Smith went into the back against Chris Hubbard for what he would have heard if the coaches let the game continue.

3. Lenny Pipkins who was an outside corner of the second team throughout the camp, had a nice break in the front pillar. Pipkins Caught to Interrupt Pass Drew Stanton intended for Ismail Heyman .

4. Cornerback Robert Jackson who spent the last season in the training squad divided the gap to the corner of the final zone in the game backwards back to the game against the third team's offenses.

5. Alchimi Williams could not keep up with Damon Sheihi-Gisepi on a deep route in session 7 at 7, but Sheihi-Gishepi dropped the pass. Take the Browns Insider text to your Mary Kay Cabot phone: Cut out the social media crowd and communicate directly with the award-winning Browns reporter just like you would with your friends. That's only $ 3.99 a month, which works up to about 13 cents a day. Learn more and sign up here .