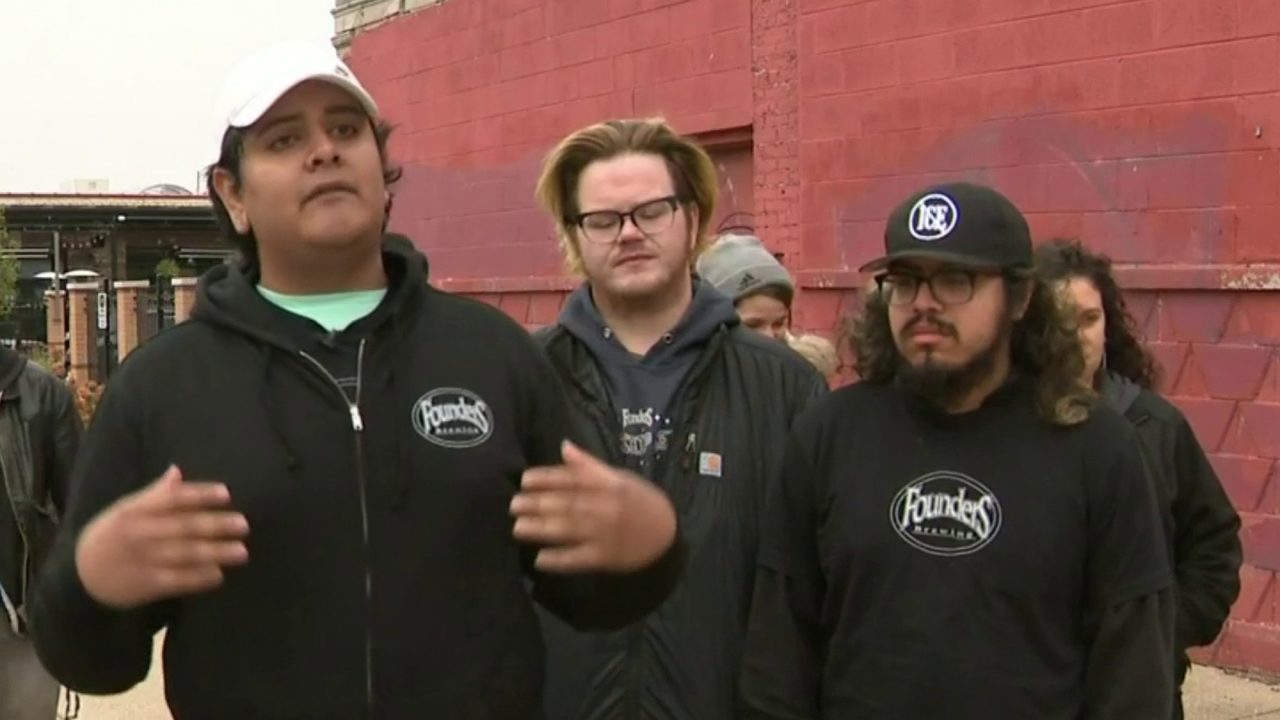 DETROIT – This was not your typical protest. There were no chants, no posters, not even marching.

About 20 people, including employees, stood before the Taproom founders for a peaceful protest.

"We're here for us, the employees. We're part of Detroit, and Detroit is part of us," said Mario Cabrera.

This is a message that Cabrera said that he, along with his associates, wants to give in light of the negative attention to Taproom's founders.

Local 4 first reported the largest brewery in Michigan not participating in the biggest beer event of the year in Detroit because of a lawsuit against racial discrimination. The founders of the brewery confirm that taprom will not be part of the Michigan Beer Festival this fall.

On Saturday, we asked several employees, including Cabrera, about the case. "I'm not ready to talk about it, I'm sorry. I can't. It's just something I don't feel comfortable talking about," Cabrera said.

4-2018 and was fired shortly after telling a manager that he intended to meet with human resources to discuss what she considers a racist work environment.

Protest officials say the Taproom founders are a place for everyone.

"I just hope people are ready to support the founders and support us, because we love what we do," Cabrera said.

Taproom founders are closed but will continue to pay their employees.