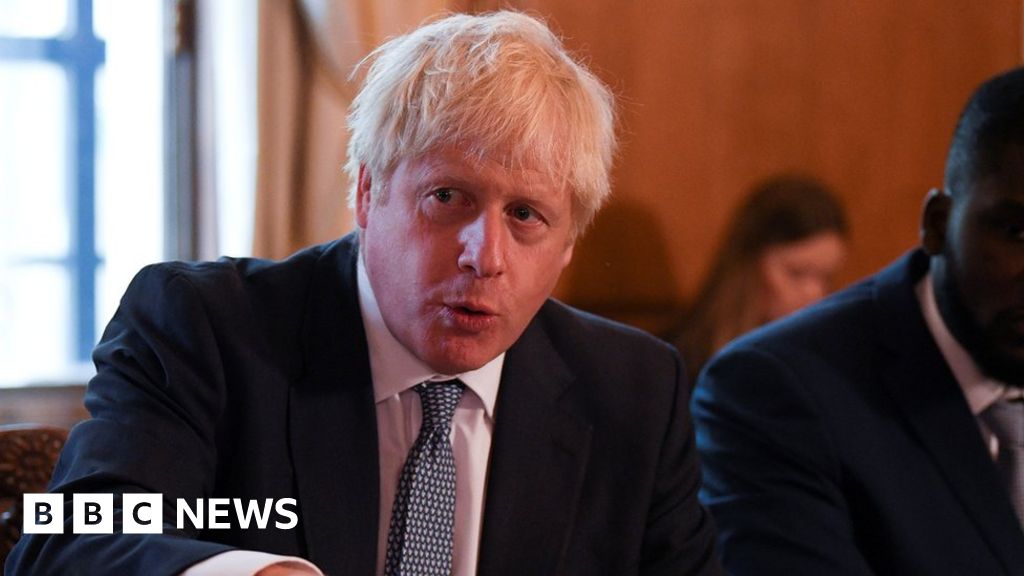 Boris Johnson will tell EU leaders that he needs to have a new Brexit deal when he makes his first trip abroad as prime minister later this week.

The UK will leave the EU on 31

October, with or without a deal, it will insist.

However, No 10 stated that there would be "very little discussion" of Brexit during the meetings in France and Germany.

Meanwhile, the Sunday Times prints leaking government documents warning of a shortage of food, medicine and fuel in a bargain scenario.

It said that a financial ledger in preparation for the Brexit deal codenamed Operation Yellowhammer reveals that the UK may also face monthly disruption to its ports while plans to avoid a hard border between Northern Ireland and the Republic Ireland is unlikely to be sustainable.

The PM will travel to Berlin to meet with German Chancellor Angela Merkel on Wednesday and meet with French President Emmanuel Macron in Paris on Thursday.

He is expected ed to say that parliament cannot and will not change the outcome of the 2016 referendum and insists that there should be a new deal to replace Theresa May's Waiver Agreement – which was defeated three times by MPs – if Britain leaves the EU with an agreement.

However, leaders are thought to be more likely to discuss issues such as foreign policy, security, trade and the environment before the G7 summit next weekend.

Boris Johnson was not inclined to fly to a meeting of European leaders until a breakthrough seemed likely.

When Mr Johnson meets the EU's most powerful leaders – Angela Merkel and Emmanuel Macron, he will reiterate his message that Britain leaves, after all, at the end in October.

He will tell them for the first time face-to-face that the only way the UK will sign a deal is if the EU thinks again and replaces the agreement.

But there seems to be a little c, so there is serious progress in the coming days.

No 10 does not seem particularly optimistic and says he expects both parties to say their piece and then move on to other issues.

Meanwhile, Labor leader Jeremy Corbin has again called on lawmakers to work together to stop the Brexit deal.

In an address to the Observer, Mr Corbin stated that his plan to be installed as Prime Minister for guardians was "the simplest and most democratic way to stop inaction."

"We must seize the opportunity before it's too late so that people, not an elected prime minister, can decide the future of our country," he said.

The Labor leader said he would delay Brexit, call early elections and campaign for another referendum as prime minister.

Several Tory MPs and Liberal Democrats rejected his proposals, although he won the potential support of SNP and Plaid Cymru.

Meanwhile, in a letter seen by mail on Sunday, Mr Johnson warned Tory rebel deputies that opposing them to a fruitless Brexit was damaging the prospect of a new deal.

He said it was "plain as a pixel" that the EU "will not compromise as long as they believe that Parliament has the weakest chance of blocking Brexit on 31 October."

More than 100 MPs from across the Commons country are urging the prime minister to remind Parliament and leave it to sit permanently until Britain leaves the EU.

In a letter, lawmakers say: "Our country is on the verge of an economic crisis as we move towards a non-Brexit deal that will have an immediate impact on food and medical supplies, will harm our economy, jobs, public finances, public services, universities and long-term economic security.

"We are facing a national emergency and Parliament must be called in now in August and will sit permanently until October 31 so that people's voices are heard and that your government is properly controlled. "