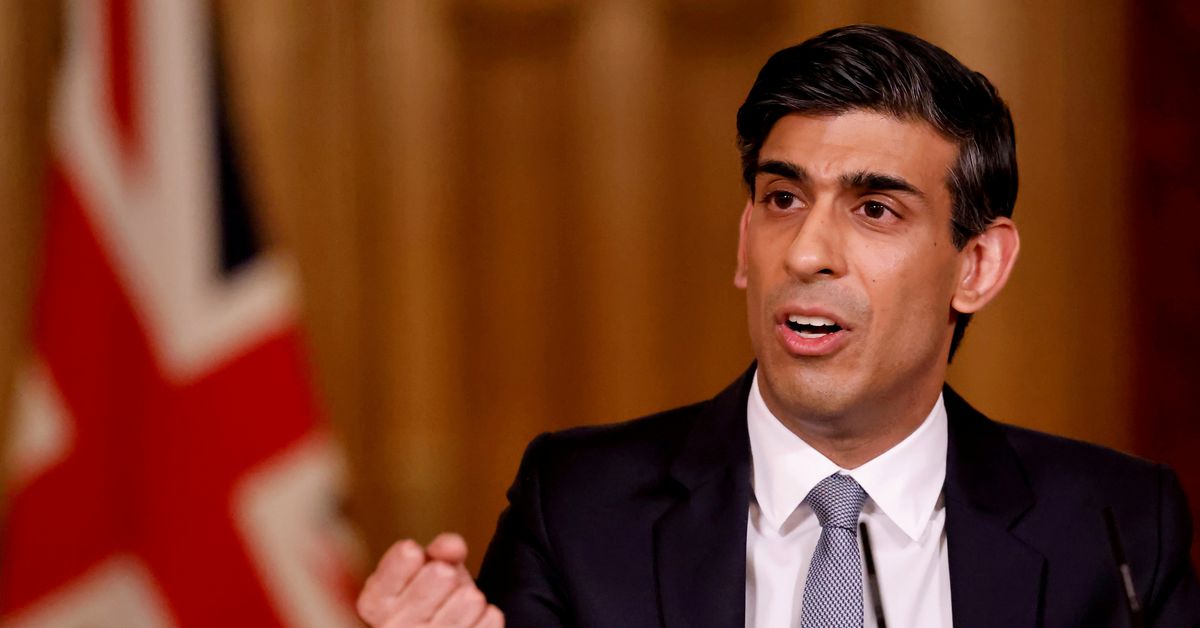 British Finance Minister Rishi Sunak told the Bank of England on Monday to consider the case of a new “britcoin” or digital currency, backed by the central bank, aimed at tackling some of the challenges posed by cryptocurrencies such as bitcoin.

The BoE-supported digital version of sterling would potentially allow businesses and consumers to have bank accounts directly and circumvent others when making payments, depending on the role of lenders in the financial system.

“We are launching a new working group between the Treasury and the Bank of England to coordinate research on the potential digital currency of the central bank (CBDC),” Sunak told a conference on the financial industry.

Shortly afterwards, Sunak tweeted the only word “Britcoin” in response to a finance ministry announcement for the task force.

Other central banks are also considering whether to create digital versions of their own currencies, essentially expanding access to central bank funds, which can currently only be used by commercial banks. This can speed up domestic and foreign payments and reduce risks to financial stability.

China is a leader in launching CBDC. Last week, the European Central Bank said it was studying the electronic form of cash to supplement banknotes and coins, but each launch is still several years away.

The BoE said the digital version of sterling would not replace either physical money or existing bank accounts.

“The government and the Bank of England have not yet decided whether to introduce CBDC in the UK and will engage widely with stakeholders on the benefits, risks and practicalities of doing so,” BoE said.

Earlier, BoE Gov. Andrew Bailey said bitcoin, the most well-known cryptocurrency, did not act as a stable stock of value or an efficient way to make transactions, making it unsuitable to serve as a currency and a risky pledge for investors.

However, cryptocurrencies are receiving growing interest from major financial institutions, and bitcoin reached a record high of nearly $ 65,000 on April 14, which is ten times more than a year.

Following the UK’s exit from the European Union on 31 December, the financial sector faces restrictions on serving EU customers.

Sunak proposed removing restrictions inherited from the EU, including on who can trade stocks in London and the double volume limit.

This would help Britain attract more “dark” or anonymous trading from large investors after Amsterdam took over London as Europe’s largest stock trading center in January.

“The consultation process aims to provide rules that are fair, results-based and support competitiveness, while ensuring that the UK maintains the highest regulatory standards,” Sunak said.

The UK will also propose changes to company share prospectuses to ensure that the rules “are not too onerous”, Sunak said.