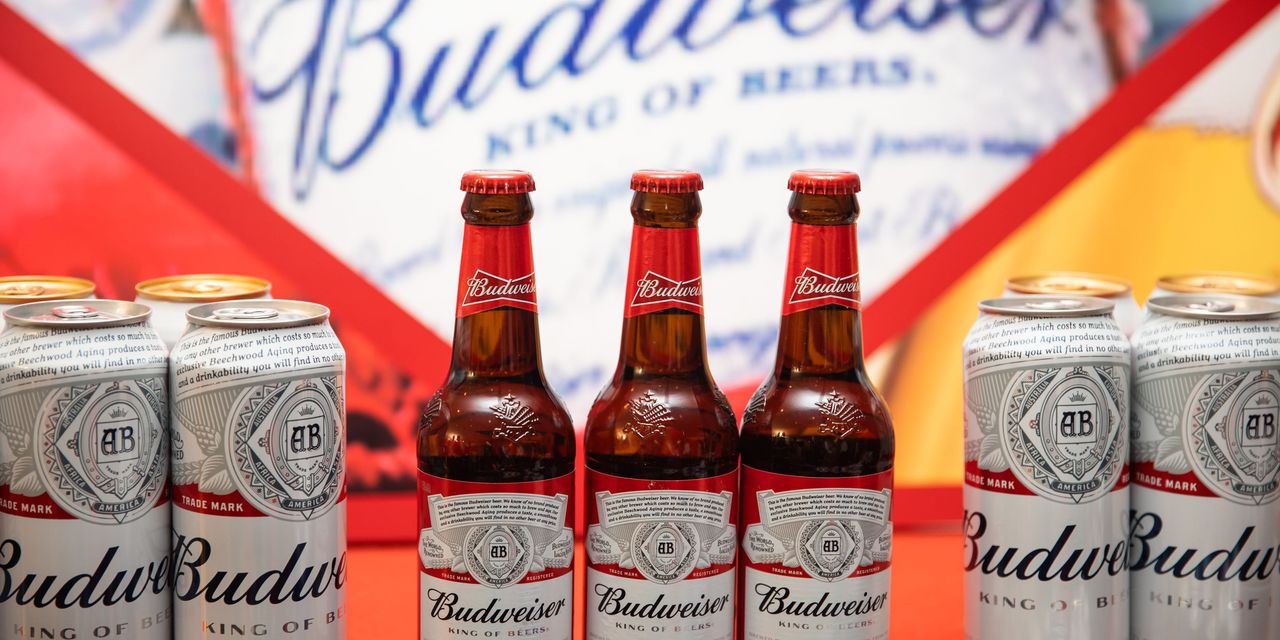 agreed to sell its Australian unit to

for $ 11.3 billion, positioning the world's largest brewer to pare its heavy debt and pursuing acquisitions in higher-growth markets to offset slumping beer volumes in the U.S.

1; plus an indication from the company that it was still considering an initial public offering of its Asia businesses

Selling assets was Plan B for the Budweiser brewer after it yanked its plan for an Asia IPO last week, according to people familiar with its thinking. AB InBev hoped the stock offer would raise nearly $ 10 billion, making it the largest listing so far this year and allowing for a substantial reduction in debt.

AB InBev, which makes one of every four beers sold world-wide, owns hundreds of brands in dozens of countries after a global buying spree that gave it to Budweiser, Stella Artois and Corona. But those deals have saddled the Belgian brewer with about $ 100 billion in debt at a time when beer sales are slowing down on major markets.

The company has struggled particularly in the US, where its flagship Budweiser and Bud Light brands have bled share to rivals. In response, it has snapped up craft brewers, launched limited-editions of Bud and new flavors for Bud Light, and put more muscle marketing behind its low-carb Michelob Ultra brew. So far, that has not offset the drag from its big brands, with Bud shipments in the U.S. continuing on a three-decade decline, according to Beer Marketer's Insights. For the first quarter, AB InBev reported a 1.2% drop in North American volumes.

AB InBev is not alone in suffering from changing drinking preferences in the U.S. Big brands from

NV InBev has grappled with economic disruption in Brazil, South Africa and Argentina, which has capped consumer spending.

Beyond the US, AB InBev has grappled with economic disruption in Brazil, South Africa and Argentina, which has capped consumer spending. Weaker currencies have reduced the value of sales in some emerging markets when converted into dollars. Investors have also questioned the company's business model, saying it is too focused on cost-cutting and dependence on acquisitions for growth

Against that background, AB InBev has been trying to tackle its debt, including slashing its dividend last year and exploring the Asia IPO.

On Friday, the company reiterated its commitment to spinning off its Asia arm now without Carlton and United Breweries, saying it "continues to believe in the strategic rationale" of listing a minority stake in the division "at the right valuation."

Australia accounts for an estimated 27% of AB InBev's profit in Asia, according to Sanford C. Bernstein, brokerage

Analysts said the exclusion of Australia, a mature beer market, could help AB InBev woo investors to a new Asia which promises higher growth, helped by countries like China.

The company said it would use almost all proceeds from the Australia sale to pay down debt. Analysts said it could allow AB InBev to hit its debt-reduction target a year ahead of schedule and help preserve its credit rating, putting it in a better position to make acquisitions.

AB InBev ultimately hopes to shrink it to about $ 80 billion, according to a person familiar with its thinking.

Jefferies analyst Edward Mundy suggested AB InBev could look to buy businesses such as Thai Beverage Public Co., the leading group of beer breweries in Africa and San Miguel, which is partly owned by Kirin Holdings

The Wall Street Journal reported Thursday that AB InBev, following IPO's cancellation, was considering selling other assets, including its businesses in Australia, South Korea, Guatemala and Honduras. The Journal reported that Japan's Asahi in May expressed interest in buying the Australian business, and that AB InBev was approached in the same month by a private equity firm

& Co. about buying some Asian assets.

For Asahi, the deal represents its latest move to expand abroad. In 2016, the company bought European premium brands Peroni and Grolsch from AB InBev for about $ 2.9 billion. Japan's beer market has been declining since the early 2000s, according to Jefferies, and Japanese brewers have shown willingness to pay high prices to secure a foothold in international markets

The Japanese company will gain the rights to market AB InBev's global brands in Australia, as well as the ownership of local beer brands including Victoria Bitter and Pirate Life. Asahi also gets local rights to the Foster's brand, which is owned outside Australia by Heineken and Molson Coors.

The deal is expected to close by the first quarter of next year.