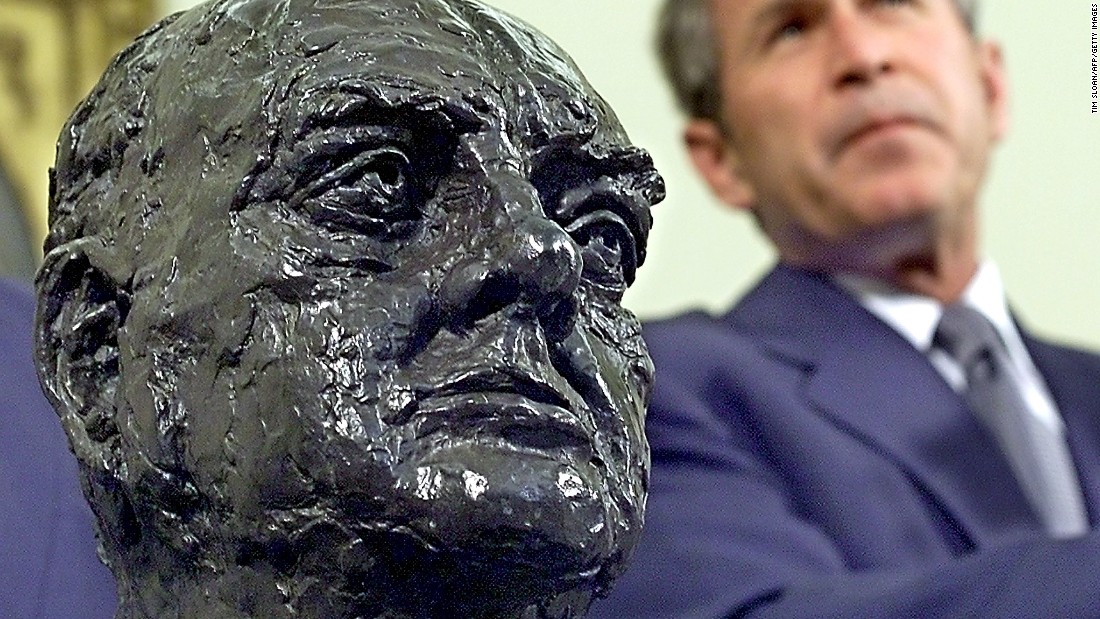 Overheated, confusing and ultimately burdened with blatant racism, the case of the bust of the White House of Winston Churchill is still ongoing.

In another era, the same decision caused discontent. American conservatives and even some British politicians called it a big pickaxe.

Mike Huckabee, the former governor of Arkansas, said it was because “President Barack Obama probably grew up hearing that the British were a group of imperialists persecuting his grandfather.”

Sen. Ted Cruz, of Texas, said the decoration decision “foreshadows everything to come in the next six years.”

Boris Johnson, then mayor of London and now prime minister, went the furthest. He exchanged the replacement for “the Kenyan president’s ancestor’s dislike of the British Empire.”

The attacks were downright racist and also misleading. Obama officials were outraged.

In fact, there are two identical busts of Churchill, both by the British modernist sculptor Sir Jacob Epstein. One is in the White House collection by the Lyndon B. Johnson administration. Another was granted by Prime Minister Tony Blair to the White House of George W. Bush when the other was restored.

Blair’s was sitting on display in the Oval Office as Bush left. It was returned to the British government.

Under Obama, the White House-owned version was not shown in the Oval Office; instead, Obama kept him outside the Contract Hall at the Residence, where he passed her when he wanted to watch basketball on the weekends and evenings. He chose to put it there to see during his personal time. He had a bust of King in the office.

He drew attention to the situation during his last year in office.

“I love the boy,” he said during a visit to London, adding later, “There are only so many tables you can put busts on. Otherwise, it starts to look a little cluttered.”

When Trump arrived, he returned Churchill to the Oval Office, to the great (proclaimed) pleasure of the British. Then-Prime Minister Theresa May, who was Trump’s first foreign visitor to the Oval Office, armed herself with the British version of the bust to present it to Trump. Officials said Trump’s team had asked for it.

“We were very pleased that you took him back,” May told him.

Now the bust is gone again. But Johnson, who is now prime minister and hopes to strengthen strong ties with the new administration, does not appear to have the same reaction.

“The oval office is the president’s personal office, and it’s up to the president to decorate it as he pleases,” a Downing Street spokesman said Thursday. “We have no doubt about the importance that President Biden attaches to UK-US relations, and the Prime Minister looks forward to having such a close relationship with him.”