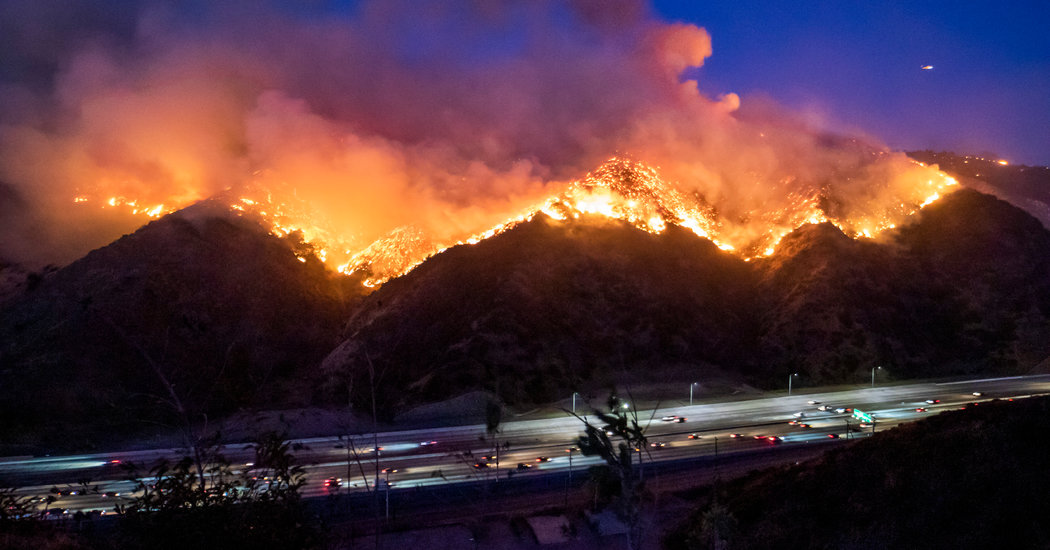 In the case of the ever-increasing California wildfire, I assert that day that they have many causes: poor PG&E support, urban expansion, and global warming. But I don't think any of them explains either the suddenness or the persistence of the change that Californians have experienced over the last three years.

When it comes to weather and climate, my views here are greatly informed by discussions with my colleague Park Williams, a fire and climate expert whose research is directly relevant. This study shows that the area burned by fires each year during the summer months has increased dramatically and is in line with the impact expected from global warming.

But, as Dr. Williams explains in his latest research article, and in The Times on Friday, major fires in the last three years have occurred in the fall. Temperature plays a role in this season, but other factors are likely to be more important – primarily the dry winds of Diablo and Santa Ana.

These are mainly autumn and winter phenomena and clearly critical factors in recent and present fires. But in reality, these winds are expected to occur less frequently as the climate warms (without a clear trend in observations). So, fires can be due to time, but the most critical aspect of time is not directly due to human activity – nor, as far as I can tell, for some other greater reason.

I guess the best scientific answer is something like that. Sparkling may have worsened over time. But more importantly, in the last three years, it has faced hot and dry winds with lower levels. And global warming probably makes these winds a little hotter, but wind events themselves, the most important causes, can only be explained ultimately as "natural variability." This means that they are inherently unpredictable. Bad luck, in other words. If that is true, it would offer a decent chance next year not to be so bad.

Or perhaps the reasons are generally known, but the present science simply does not know them. Perhaps climate change is happening faster and more dangerously than we realize. But it is good to understand the limits of our knowledge. That should keep us humble about our place on earth.