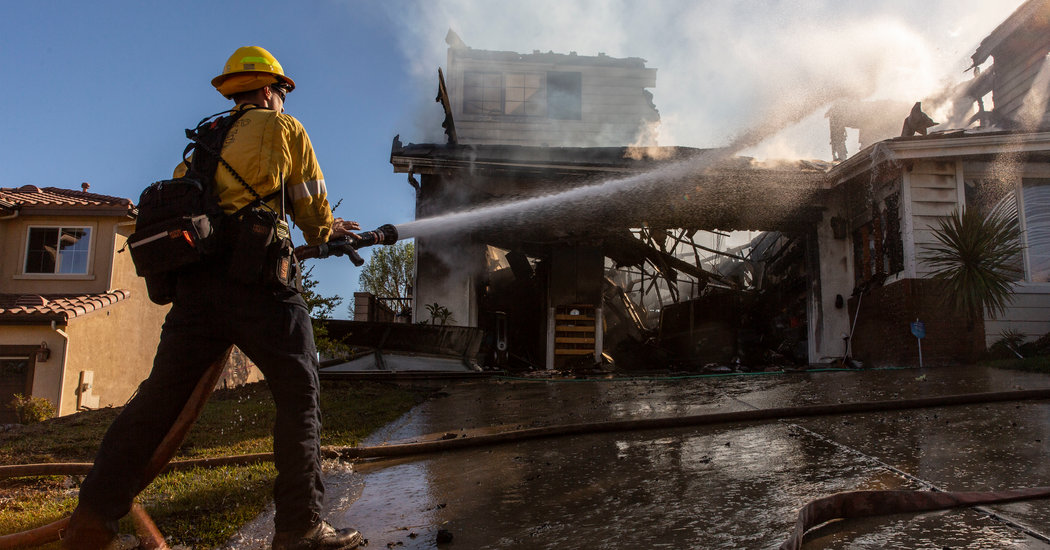 "With the winds blowing, he was moving fast."

Around midnight, police passed through the Frank Cruz neighborhood near Santa Clarita, burning sirens and announcing that all residents should leave because the strong winds kindle a fast-moving brush of fire.

By Friday morning, Mr. Cruz and his wife Cindy, who was seven months pregnant, were waking up in their car in Denny's parking lot. Ms Cruz who has lived in the area for more than a decade and has never been forced to evacuate a fire, says she believes there are so many evacuations due to an abundance of caution.

With the Northern California paradise fire that claimed more than 80 lives last year and the Woolsey fire destroyed a devastating path through Malibu and its environs, this year everyone – energy companies, fire and law enforcement, residents – are extremely cautious. Authorities appear to be quicker to order evacuations at the first sign of a fire.

And residents who may have rejected evacuation orders in previous years, preferring to stay home and, if necessary, defend their houses, eavesdrop on orders. They prepare their cars, pack them with valuables, just in case they receive the order.

"I think people are listening more," says 64-year-old Mary Lindsay, who dines at the Red Cross High School at Santa Clarita Canyon College on Friday morning. "In the past, there were evacuation orders and people would drive them out. After last year, they don't do that. ”

Ms. Lindsay's husband, Charles, said the fire started in a canyon near their home and quickly burned through dry, shrubby land that grew during heavy rainfall earlier this year.