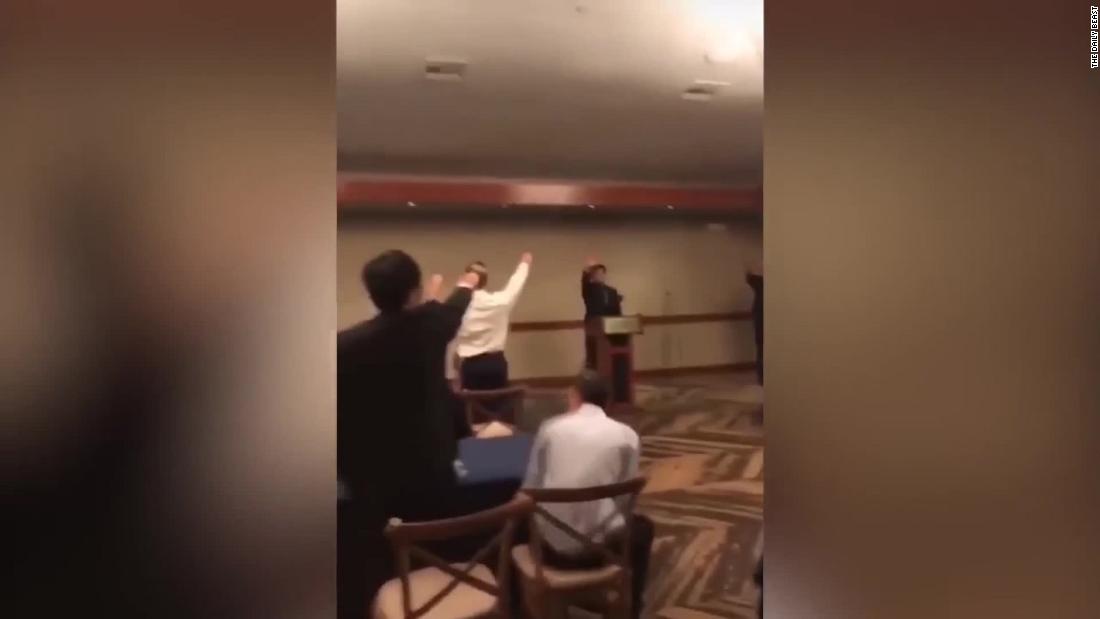 This time, an eight-second video appears showing Pacific High School students in Garden Grove, California, singing a Nazi marching song while raising their hands in a Nazi salute. The video was first received by The Daily Beast.
The video was shot in November 2018 before a student athletic banquet after hours, according to a statement from the Garden Grove United School District. The video was shared with a small group of students on social media, the district said.

"This was not brought to the attention of the Pacific High School administration until March 2019, four months after the banquet, during which time school administrators took immediate action and looked at the situation with all students and families involved," a statement read. .

The district will not provide details on how students were disciplined, citing federal law that protects student records.

"Garden Grove University District and Tychika High School strongly condemn a video recorded last year of some students participating in offensive Nazi gestures," the district said in a statement. "The Pacific High School, along with our other schools in the area, will work with students, staff and parents to continue addressing these issues in the fall, in collaboration with agencies dedicated to bias education."

High school students in Newport Beach, California, were at a party earlier this year, laughing as they raised their hands in a Nazi salute to a swastika made of plastic cups.

The photo prompted Ann Frank's stepdaughter, Eva Schlos, to visit the students and teach them why such symbols were painful and offensive.

In 2018, Wisconsin High School students posing for a Nazi salute photo in the spring of 2018.
The school district decided not to penalize children after a 10-day review, citing the First Amendment amendment.