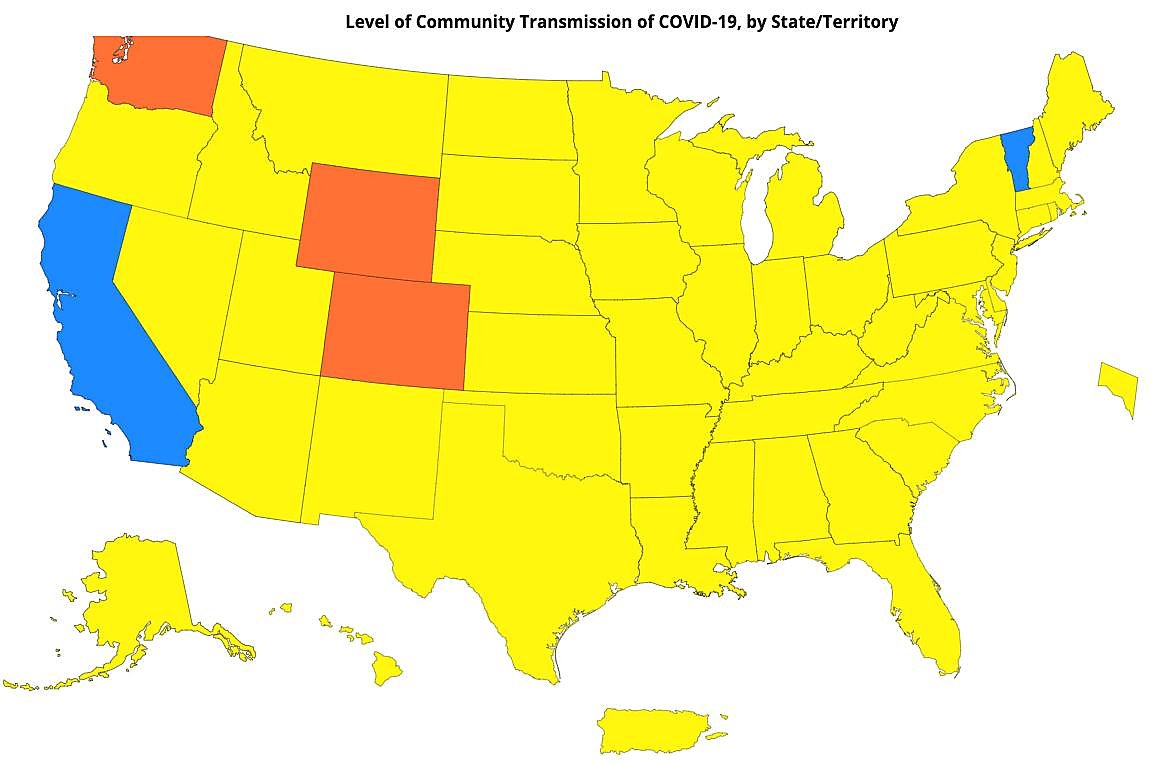 California continues to help determine the pace of recovery for COVID-19 in the United States, now ranked by the Centers for Disease Control and Prevention as one of only two countries with the lowest level of coronavirus transmission.

In fact, according to the CDC’s four-level color-coded system, California’s transmission rates are the lowest of all 50 states as of Saturday.

The agency’s color-coded system has four levels: Low (blue), moderate (yellow), significant (orange), and high (red). Nationally, the transmission rate is moderate with a case rate of 28.2 per 1

Data collected by the federal agency show that California had 7.8 cases per 100,000 people in the previous seven days and a seven-day positive test rate below 3%.

The other country to join California at the blue transmission level was Vermont, with a total of 9.9 new cases per 100,000 in the past seven days and a seven-day positive test rate below 3%.

According to data collected by the New York Times, as of Sunday, Vermont had the highest vaccination rate in the 50 states, with 77% of eligible residents receiving at least one dose and 57% fully vaccinated. After 80% of eligible residents receive a dose of the vaccine at least once, Gov. Phil Scott said pandemic restrictions could be lifted before the July 4 opening date.

California was 13th on the list with 57% of eligible residents receiving at least one dose of vaccine and 44% fully vaccinated. Officials say the state remains on track to open its economy on June 15th.

As of Saturday, no country was in the red level of CDC transmission. The state with the highest transmission rate is Wyoming, in the orange significant category with a total of 83.6 new cases per 100,000 in the last seven days and a 7-day positive rate of 3% to 4.9%. The state revoked its mandate for a mask in mid-March, and on June 1, government officials allowed all other public health contracts to expire because they said the vaccines had been readily available to residents for some time.

Yet Wyoming has one of the lowest vaccination rates in the country, according to a New York Times tracker with 37% of residents receiving at least one shot and 32% fully vaccinated, compared to US averages of 51% and 41 %, respectively. The highest proportion of cases in Wyoming is among young people, with more than 10,000 reported in the group between the ages of 19 and 29.