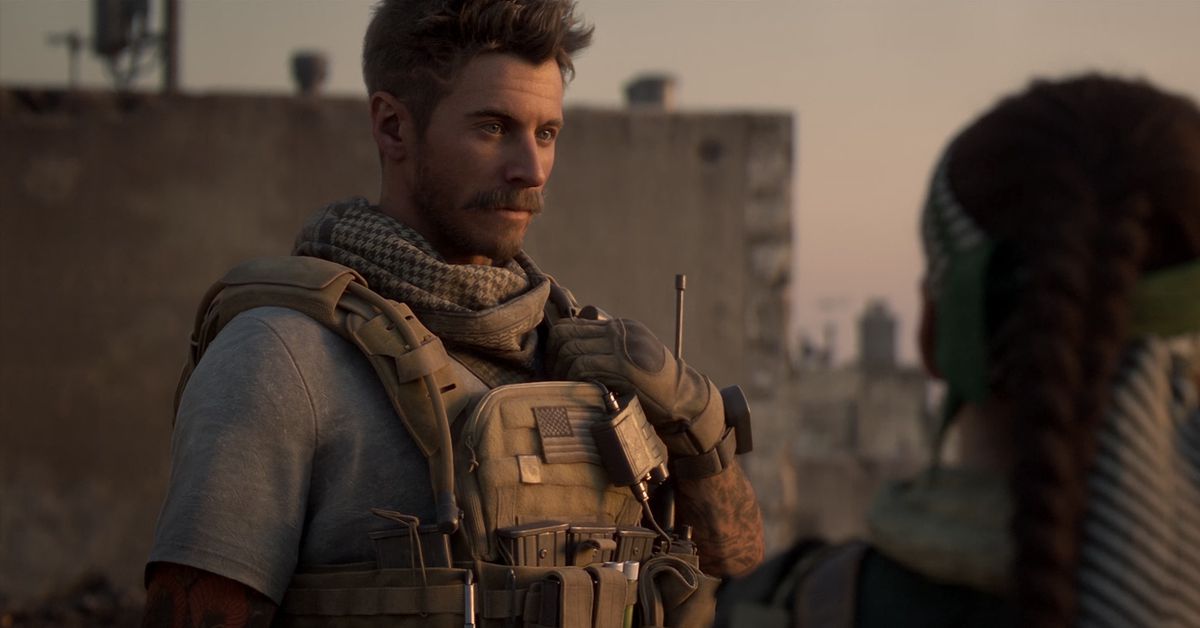 When Call of Duty: Modern Warfare launched in late October, Russian consumers cried foul in large numbers. Most were reacting to the simple fact that the game portrays their country's soldiers as little more than faceless henchmen. But besides that patriotic response came a pointed assertion: The developers at Infinity Ward appear to be papering over a controversial bit of United States military history.

The mission in question is called "The Highway of Death," and it takes place about midway through the game's second act. In the real world, the Highway of Death is also the name given to a section of road just outside Kuwait City, Kuwait, an open stretch of land that has become the site of what some believe to be genuine war crimes committed by the US military.

How is the Highway of Death portrayed in Modern Warfare?

Modern Warfare 's campaign weaves together a number of storylines, including one that shows a member of the CIA embedded with a group of freedom fighters in the fictional Middle Eastern country of Urzikstan. During the level in question, the leader of the rebels briefs the CIA officer on the terrain they would be using to set up an ambush.

“If they try to escape to the mountains,” she says, “there is only one road […] the Highway of Death. The Russians bombed it during the invasion, killing the people trying to escape. ”

The ambush goes awry, and the level fighting plays out as an Alamo-style last-ditch defense against a vastly superior force. As the CIA officer, players wield a powerful sniper riffle to take down waves of enemies – including unflagged, irregular military forces as well as Russian soldiers.

The rebel leader's description of the area as the "Highway of Death" is almost a throwaway line in the greater narrative of Modern Warfare . What 's pertinent, however, is how much the game is forcing the forces who gave it that name. A climactic battle, and the first time that the player truly begins to spill Russian blood in large quantities. It all leads to revenge against the fictional Russian General Roman Barkov. In the game's narrative, he's the man responsible for creating the Highway of Death, and for using forced labor, torture, summary executions, and chemical weapons to punish people in the region.

In the pursuit of making Barkov out to be an almost cartoonish villain, it all tracks with Modern Warfare 's narrative. What stands out in the "Highway of Death" mission is the use of the phrase "Highway of Death" itself. Even a cursory Google search brings back results that are directly at odds with Modern Warfare 's efforts here to cast Western forces as heroes and Russians as villains. And the optics – including partnering with ex-US military to create the game – are poor for the team at Infinity Ward, and its publisher, Activision.

What is the real-life Highway of Death?

In the winter From 1990-91, Western forces organized under the United States were poised inside the northern border of Saudi Arabia for a massive invasion. The stated goal was to push out Iraqi President Saddam Hussein's military forces and liberate the tiny, oil-rich country of Kuwait. The conflict would eventually become known as the Gulf War. It signaled the beginning of an entirely new era of U.S. foreign policy, and it would fundamentally change the way Western forces wage war in that region.

The invasion itself was organized and led by the U.S.S. Army Gen. Norman Schwarzkopf, whose strategy was effective in engaging himself, said he had lasted only 100 hours. Part of the effectiveness of Western forces in the Gulf War was air superiority; Schwarzkopf had complete military control of the sky.

One of the deadliest areas in the Gulf War was directly outside Kuwait City. There, on a major arterial road leading northwest to the border with Iraq, U.S.A. Marine Corps attack aircraft caught a large convoy said to include armored vehicles in the open. Strikes in the front and rear of the convoy trapped around 2,000 vehicles on a six-lane highway, and subsequent waves of attack aircraft – including helicopter gunships and A-10 Warthogs – destroyed every single one. Pilots referred to it as a “turkey shoot.”

But the composition of that convoy, and the volume of firepower that U.S. The forces brought to bear upon it have been a point of contention ever since.

In part, the controversial stems from the images of devastation that were captured on the scene. They are some of the most graphic and shocking photos and videos captured during the Gulf War, including mangled wreckage and horribly burned bodies that news outlets refused to publish at the time. In fact, the first time many Americans truly saw the depiction of the Highway of Death was in the 2005 Jake Gyllenhaal movie Jarhead .

But the controversy over the U.S.S. actions on the Highway of Death are even more complicated. Some argue that the convoy was retreating in accordance with a U.N. resolution, and that there was no justification for attacking it even if it contained a significant number of military vehicles. Others maintain that it includes hostages as well as civilian refugees. Images from the scene, even those captured by the U.S.S. Air Force, tend to show primarily civilian vehicles.

Multiple reporters embedded with Western forces expressed shock and revulsion when encountering the Highway of Death. In his 1998 book Hidden Agendas BAFTA-winning filmmaker and journalist John Pilger collected some of those early reactions. He characterized it as a massacre:

… the White House justified the attack by referring to the dead as “torturers, looters and rapists.” However, it was obvious that the convoy included not only military lorries, but civilian vehicles : battered Toyota vans, Volkswagen, motorbikes. Their occupants were foreign workers who were trapped in Kuwait: Palestinians, Bangladeshis, Sudanese, Egyptians, and others. of a truck. With the lips burned away, it appeared to be grinning. Most newspapers preferred a front page of a US Army medic attending a wounded Iraqi soldier. […]

In a memorable report for BBC radio, Stephen Sackur who, like Jeremy Bowen, distinguished himself against odds in the Gulf, described the carnage in such a way that he separated, for his listeners, ordinary Iraqis from Saddam Hussein. He converted the ducks, turkeys and fish to human beings. The incinerated figures, he said, were simply people trying to get home; he sounded angry.

Kate Adie was there for the BBC. Her television report showed corpses in the dessert and consumer goods scattered among the blackened vehicles. If this was a "loot", it was pathetic: toys, dolls, hair-dryers. She referred to as "the records of horrible confusion". She interviewed a US Marine Lieutenant who appeared distressed. He said the convoy had "no air cover, nothing," and added ambiguously, "It was not very professional at all."

In 1992, Ramsey Clark, who served as attorney general under President Lyndon B. Johnson, had gone so far as to categorize the attack another way. It became the fulcrum of his arguments against Gulf War in his book War Crimes: A Report on the United States War Crimes Against Iraq .

To evoke the Highway of Death – even in name only – is a callous act for a Western development team claiming to have made a work of fiction. But to be seen turning a blind eye to the accusations of war crimes committed by your own military, while simultaneously pinning virtually the same actions on another country's military, is bold indeed.

The outcry on social media and Metacritic in this case is not a bot farm has been turned from political concerns to the world of video games. There is evidence that consumers outside the West feel targeted by an audaciously pro-Western piece of fiction, and that consumers in the West feel misled by fictional contortion that bends toward propaganda.