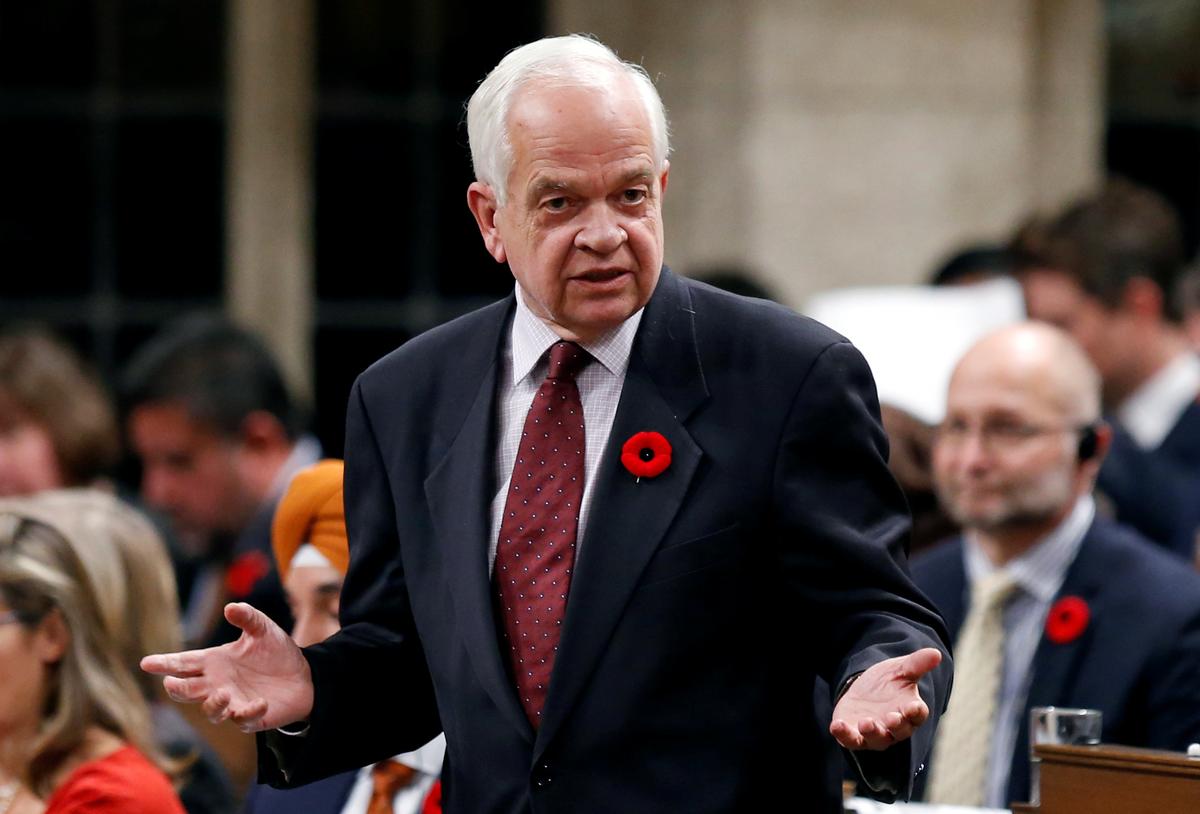 OTTAWA (Reuters) – In an unprecedented move, Canadian Prime Minister Justin Trudeau on Saturday said he had fired his ambassador to China, who has prompted a political furor with comments on Huawei's high-profile extradition case.

Opposition legislators and former ambassadors accused McCallum of unacceptable political interference in an affair that has badly damaged relations between Canada and China.

Meng, the daughter of Huawei's founder, was arrested in Vancouver last month over alleged violations of the U.S. sanctions on Iran.

China subsequently detained two Canadian citizens on national security grounds. A Chinese court later retried and a Canadian man who was jailed for drug smuggling and sentenced him to death.

"Last night I asked for and accepted John McCallum's resignation as Canada's ambassador to China," Trudeau said in a statement that did not explain his reasons.

Veteran diplomats and experts told Reuters it was the first time the Canadian ambassador had ever been officially fired.

Trudeau said as recently as Thursday that he had no plans to replace McCallum, who had apologized the same day for his remarks earlier this week.

But the Toronto Star newspaper on Friday quoted the envoy saying that if Washington dropped the extradition request "that would be great for Canada". McCallum, 68, and a long-time former Liberal cabinet minister, is not a trained diplomat.

"He really made it untenable for the prime minister to sustain him (in his post) for any length of time and he had to go," Burton said by telephone, suggesting that Trudeau should quickly appoint a special envoy to handle the dispute .

Spokespeople for Trudeau and Foreign Minister Chrystia Freeland declined to comment when asked about the dismissal.

Andrew Scheer, the leader of the opposition Opposition Conservative Party, said in a tweet that Trudeau "should have fired his ambassador as he interfered in this case" and accused the prime minister of weakness and indecision.

Polls show the Liberals have a slender lead over the Conservatives ahead of a federal election this October.