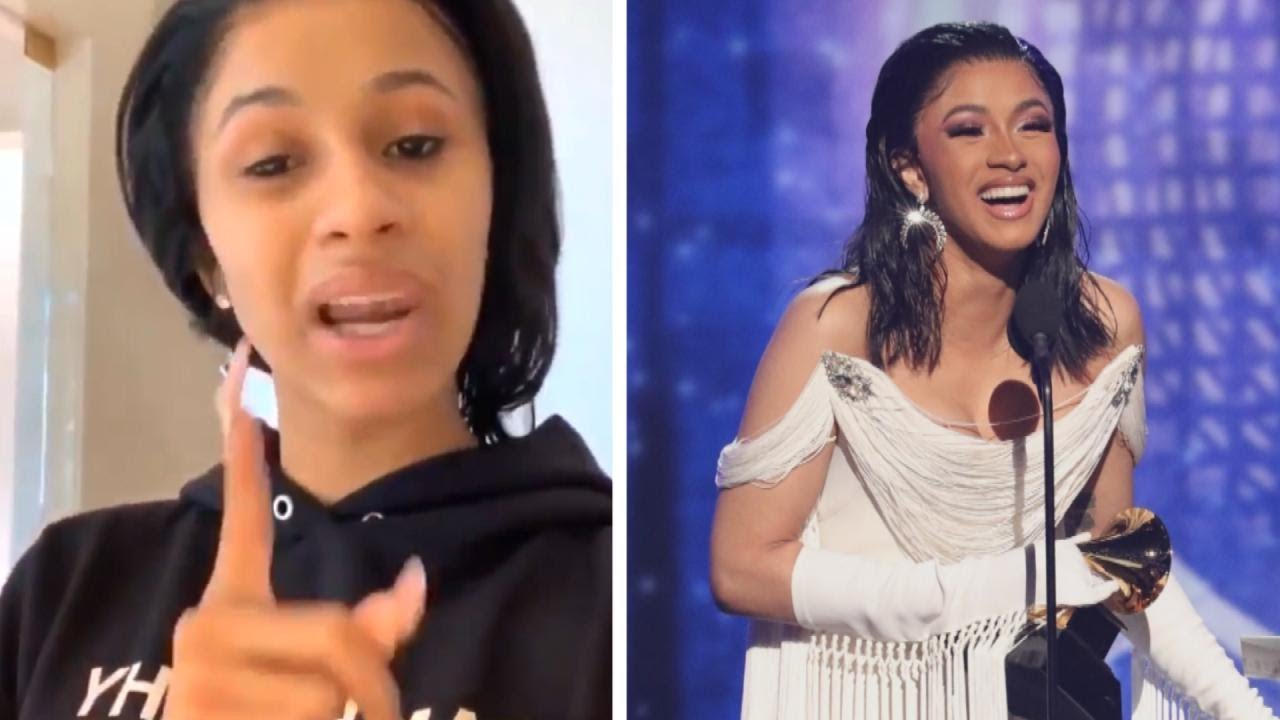 After her history-making Grammys win, Cardi B is furious because she's been getting hate from people saying she does not deserve the award. Cardi won the prize for Best Rap Album for her debut effort "Invasion of Privacy," beating out Nipsey Hussle, Pusha T, Travis Scott and late Mac Miller. "Someone tell me how did you win a Grammy," read just one of many critical tweets. In response, Cardi went off, posting a video on Instagram saying in part that she was "sick of this s ***."