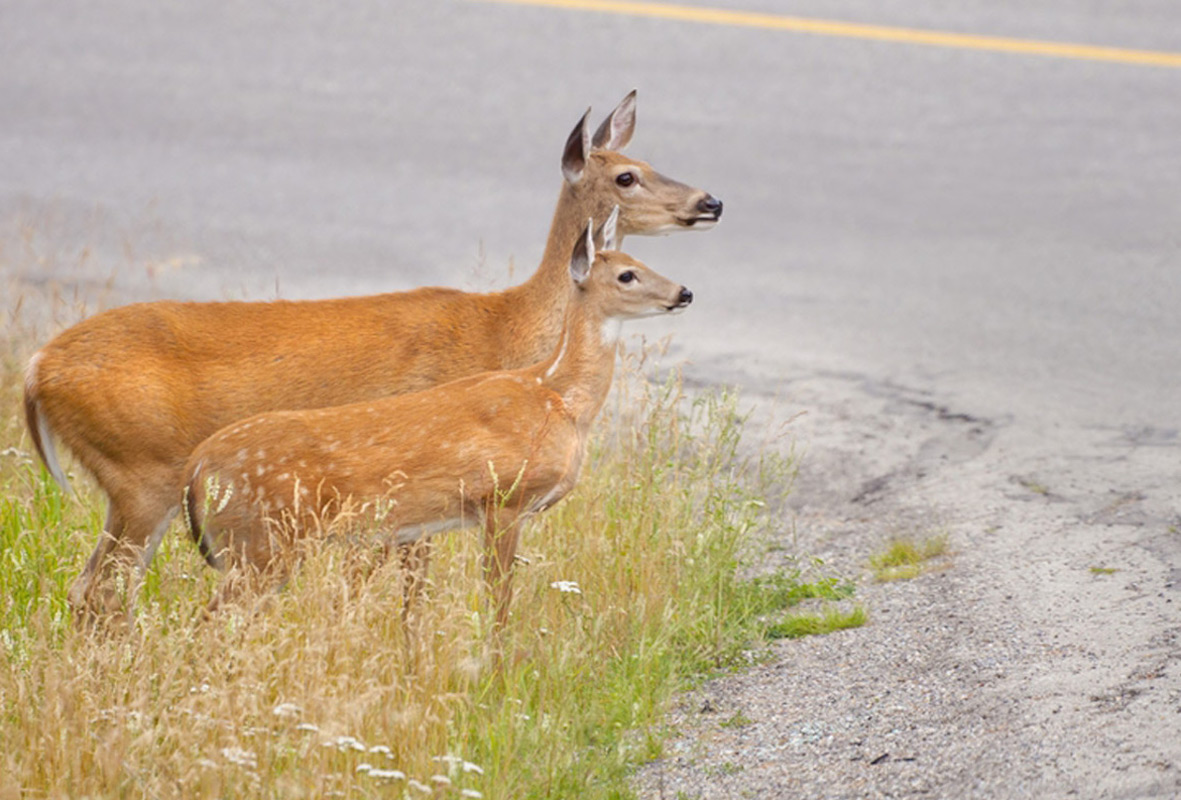 NASHVILLE, Tenn. (WKRN / CLARKSVILLENOW) – The Centers for Disease Control and Prevention has published a warning about the spread of a brain-wasting deer disease known as Chronic Wasting Disease (CWD) after findings in a recent study suggest that it could potentially infect humans.

While Chronic Wasting Disease has been on the landscape for decades, it is spreading.

"In the past couple of decades, it's been found in 24 states in the country in free-ranging animals," explains CDC Epidemiologist Dr. Ryan Maddox. "

Officials have just discovered the disease in Tennessee in the past few months, and 1

83 deer have already been tested positive for the prion disease.

In the past, Maddox explains, other animal prion diseases like BSE or "mad cow disease" have been transmitted to humans. That disease, now known as Variant Creutzfeldt Jakob Disease, has since killed more than 200 people, mostly in the United Kingdom.

"So we have the evidence of an animal prion disease transmitting to humans," says Maddox.

A recent scientific study carries the most substantial evidence that CWD could also spread to humans.

"This study has important implications because at least the preliminary findings that have been shared show that Chronic Wasting Disease could spread to macaques, which are genetically close to humans," he explains.

Maddox says that the study, as well as many others, is ongoing, and CDC is calling research on CWD and top priority

"We also conduct conducting studies to identify if any prion diseases are happening at a higher rate in people who may be at increased risk for being exposed to affected deer and elk meat, "says Maddox.

While there have been no reported cases of CWD infection in humans, officials from the CDC, Tennessee Wildlife & Resource Agency and Vanderbilt doctors have all expressed concern that CWD could – and may be – transmitting to humans.

The disease is now confirmed in Fayette, Hardeman and Madison counties. The proximity of these CWD positive locations to border counties has added Chester, Haywood, McNairy, Shelby, and Tipton to the CWD Management Zone (CMZ).

Feeding wildlife is prohibited in CMZ. You may not place grain, salt products, minerals, or other consumables with very few exceptions. The feed shall not be fed to feed placed within 100 feet of a holding such as bird feeders, feed placed in a way not accessible to deer or feed and minerals as a result of normal agricultural practices. If you have a feed placed, you must remove the feed or make it inaccessible.

Feeding sites increase contact between deer thus increasing the likely spread of CWD. So, by not feeding wildlife, you are helping to prevent the spread of CWD.

So far 185 deers have tested positive for CWD out of the over 3,000 deer sampled this season. Up to date information visit CWDinTennessee.com.

COVID-19 has not been delayed in Stanislav County. That’s why the numbers are wrong – Modesto Bee

Does the common cold protect you from COVID-19? – Hot air