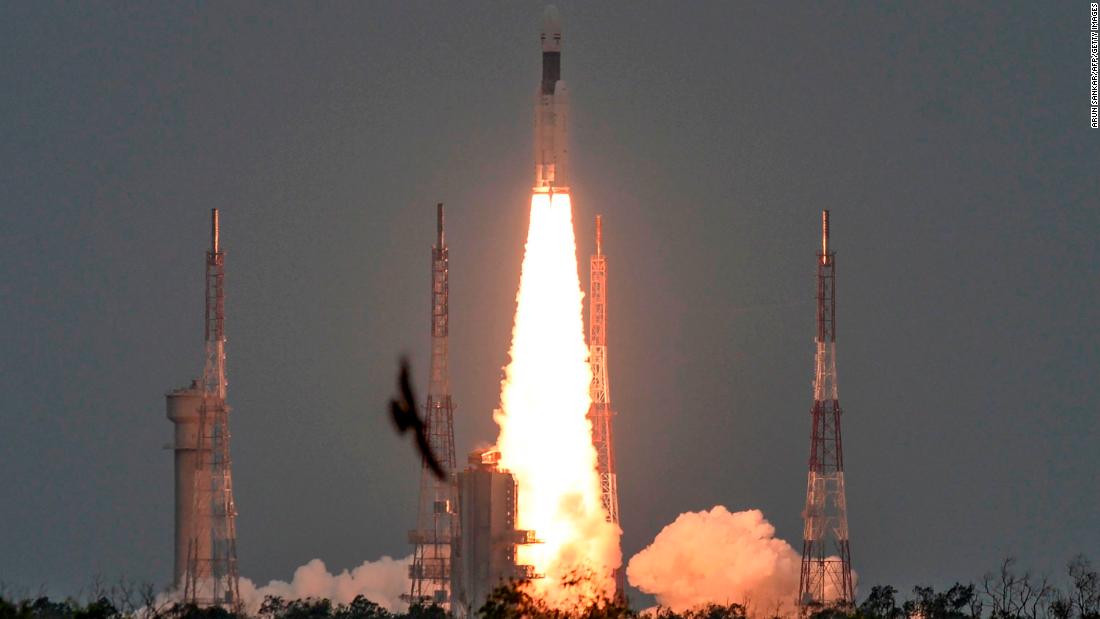 Chandrayaan-2, which means "vehicle of the moon" in Sanskrit, entered orbit around midnight Eastern time with a sophisticated insertion maneuver that took 29 minutes.

"Our hearts almost stopped today as they finished their work," Kailasavadivoo told this to reporters at the Sivan press conference, chairman of the Indian Space Research Organization (ISRO).

"But still, landing is a terrifying moment … because this is the phase we are doing for the first time," he added.

If spacecraft land successfully, India will become only the fourth country to make a soft landing on the moon after the United States, the former Soviet Union and China.

The spacecraft will then perform a series of orbital maneuvers, positioning themselves in a circular orbit extending over the lunar poles at a distance of about 62 miles (100 km) from the surface of the moon.

From there, the land – named after Vikram, after the pioneer of the Indian space program Vikram Sarabhai – will separate from the main ship and is planned to lightly touch the surface of the moon near its southern pole.

ISRO said on Tuesday it expected happened on September 7th.

A robotic rover named Pragyan (meaning "wisdom") will then deploy and spend one lunar day or 14 Earth days collecting mineral and chemical samples from the lunar surface for remote scientific analysis.

Next year, the orbiter will map the lunar surface and study the outer atmosphere of th e moon.

Chandrayan-2 weighs 3.8 tons and carries 13 payloads. It has three elements – lunar orbiter, lander and rover – all developed by ISRO.

Initially, the launch was scheduled for July 15, but was suddenly called only 56 minutes before the expiration due to a "technical jam".