Chargers for the London rumors: How the relocation of the NFL can affect the Patriots, others with a huge AFC readjustment 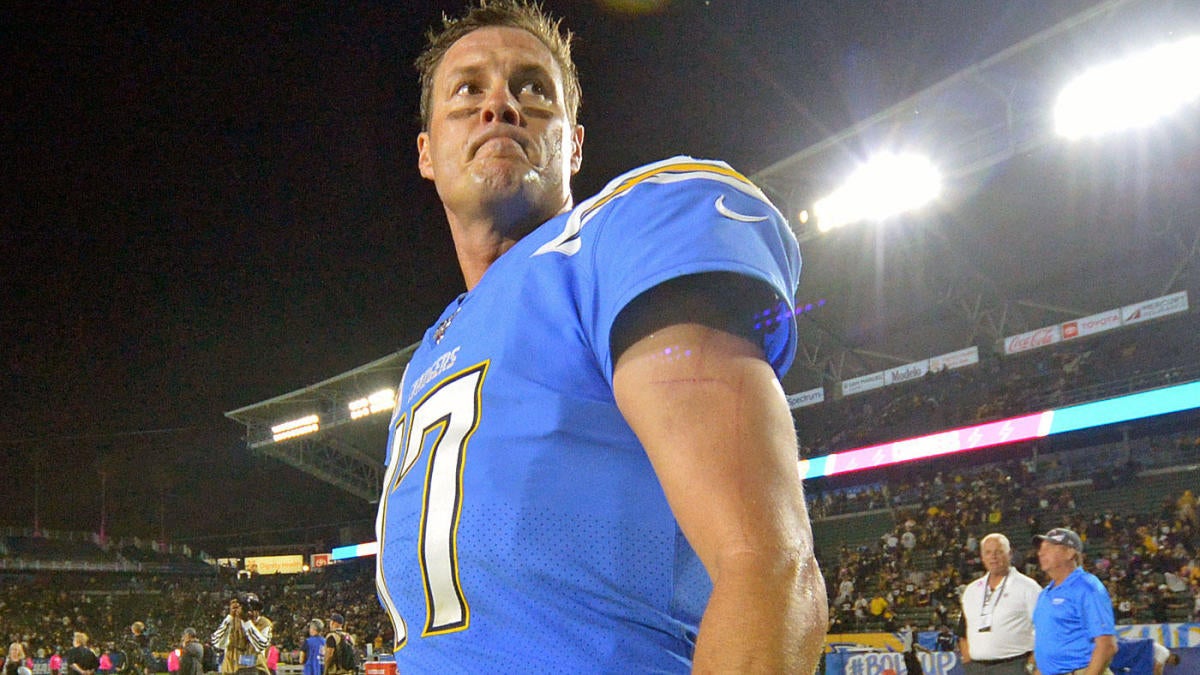 The wild story that pervades the NFL League circles at the moment is Monday night's report on the possibility of the Chargers moving to London . It's just speculation at the moment, though speculation that involves the NFL's apparent blessing and chargers may be an involuntary approach to moving across the pond.

The Chargers emphasized their interest in getting Los Angeles to work for The Athletic, which originally reported the story, and cowboy owner Jerry Jones did the same on Tuesday morning (Jones was the key tooth for getting Owen to LA). But that doesn't mean this story is going away. And one aspect of the story keeps repeating itself: a potential transformation.

This thing is shrunk in The Athletic track, but a major problem with the Chargers being sent to London would be the major divisional games between teams located in Denver, Oakland / Las Vegas and Kansas City. The west of the AFC is, well, west. And this is not great for a team traveling from London, which is largely due east of the United States.

Will Brinson and Pick Six Superfriends defeat the Cowboys to win the Giants and move the Chargers to London. Listen to the show below and be sure to subscribe right here for Everyday Kindness in the NFL.

And what happens? According to the original report, one of two things. Let's take a closer look at them.

Chargers to the AFC South

In this situation, the Chargers and Texans would reverse the divisions, with the Texans moving west to the AFC and the Chargers moving to the AFC South. In terms of "game story integrity" (don't burn the money tradition in principle), that would make the most sense. The Chargers have already left San Diego and are moving to London in this hypothetical, so we will not overdo their sense of tradition. At this point, they are nomads. AFC South was created in 2002. It has no real historical significance beyond the Colts (not Indy!) And Texans (expansion team!) Who dislike each other. The Jaguars are another expansion team, and the Titans have moved from Houston. The tradition is not rich here. Going around the division would not be a big deal.

Watching their opponents in 2020 (including AFC South), the Chargers' guest games will include the following: one from the Steelers / Browns / Ravens / Bengals, one from the Jaguars / Colts / Titans, and also the Bills, Bookers , dolphins and saints. So you'll have to try to understand these two swinging four games.

Then, in his second US tour, the Chargers can fly to Tampa Bay to play for the Buccaneers, head to the rust belt to play any AFC North team they face , then go to Nashville then play for the Titans and then play the Jaguars before heading back to London.

OR – and maybe the NFL will lean in this way – the Chargers can end their season in the United States. That way, if they make the postseason, they should not travel from London for the game, or at least the wild card game they host in London would be "fair" because both teams will travel from the US [19659002] As for home games, you have to send a wave of four teams to London, I guess. The Chargers will play on the Titans, Jaguars, Colts, Panthers, Falcons, Jets, Patriots and one of the Raiders / Texans / Chiefs / Broncos in 2020. So I guess the league has just got eight international games and now has to schedule those teams by the end of about 19 of those games.

It's an exhausting thing to think about, I can't imagine working as a football team. And that's not even a confused option.

This is where it gets fun, mainly because it will involve sending Bill Belikik to London every year until he retires. If you told me the NFL was doing this specifically to hurt the Patriots coach, maybe I will believe you. "You thought Deflategate was fun, Bill ???"

In mapping the graphics I did above, we generally have a situation where the Chargers have to play one team as a port of entry and one as a port of exit to reduce travel time. This is optional, but you would not want to fly from London to New York, then Miami, then Indy, then Los Angeles and then back to London. So AFC East would make sense. You have the Patriots, Jets and Bills, so you will be guaranteed three port games each year for the team coming from London.

That makes some sense, even if you blow up the rich tradition of the Patriots, inexplicably losing to South Beach every December.

As already covered, AFC South rivals are human. Sending an old-school franchise like the Dolphins (circa 1966) feels kind of awful considering that the Dolphins have been in Miami forever, have a rich history, unbeatable season, champagne, etc. But they have not been very good for a long time. I can keep up with not being too indignant, even though I know at least 10-15 dolphin fans that I'm really going to go crazy with all the work. Patriots / reagents / bills have a greater reason to be upset for competitive reasons.

For the purposes of road division, Pats / Jet / Bills also make the most sense in terms of travel. Everyone shoots from the Northeast for a 6.5+ hour flight, but this is the shortest option available.

Chargers are already playing in the AFC East in 2020, so there's some ease to work here. Equalization can simply blow up the whole process for future opponents. Say they have one team from the AFC North, Buccaneers, Saints, Patriots, Bills, Jets, Seahawks and Rams. (AFC East plays NFC West in 2020, so the Chargers will need two visiting opponents there.)

One of their four trips will include a landing in New York and a game of bills, followed by a trip to play the Steelers / Bengals / Browns (we guess the Ravens win the division here, and the Charges don't) before heading west to play Aries and then going to Seattle to play the Seahawks before heading to London and by the waiting week. This is a brutal swing to the west, but you do not want to split it into two trips and if you are going to send someone 10 hours back from Seattle to London, give them a scary chao afterwards.

The second trip is much more manageable! Fly from London to New York / Boston, play the Patriots, then DON'T fly, play the Jets at a very nearby stadium, then fly to New Orleans to play the Saints, fly to Tampa to play the Bookers and head for the Buccaneers at home. (Or Pats, Saints, Bucs, Jets, London. All this sucks for the London team.)

Whew. So this is a very carelessly drawn schedule for the London team. The NFL may have a better idea of ​​how this might work. There is also the question of what you do with free agents – "hey you wanna come visit us and see if you wanna work here ???" – which seems easy enough in the off-season with a US home base or something.