Check out the new multitasking features on iPadOS 15 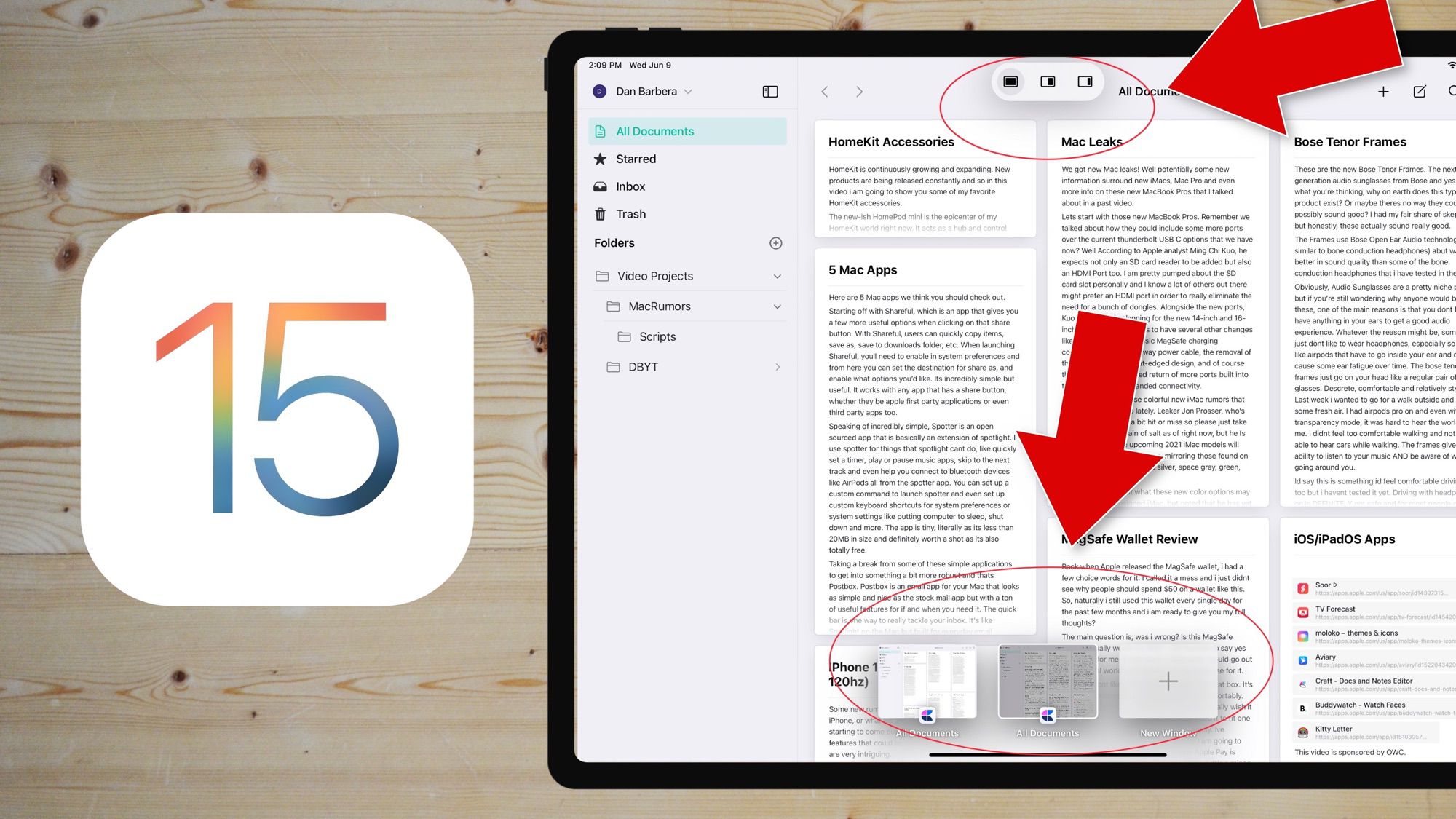 iPadOS 15 includes most of the new changes introduced to iOS 15, but there are also some iPad-specific features designed specifically for Apple’s wider-screen iOS devices. One of these new features is a multitasking update, which we highlighted in our latest YouTube video.

Multitasking can be done in the same way as before, but there is also a new multitasking menu that streamlines multitasking, offering quick-tap options for entering Split View or Slide Over with two applications. In the App Switcher view, you can also enter a quick split view mode by dragging the window of one app to another, which is convenient.

Apple has also added a “Shelf”

; feature to manage multiple windows on the same application, so if you have multiple Safari windows, you can use Shelf to switch between them for multitasking purposes.

There are many keyboard shortcuts that are available for multitasking to make it easier to switch between windows without having to leave your keys. Many shortcuts use the Globe key on an attached keyboard.

These new multitasking features will take some time to get used to, but overall it seems to make multitasking more intuitive to use. Have you tried iPadOS 15? Tell us what you think in the comments.