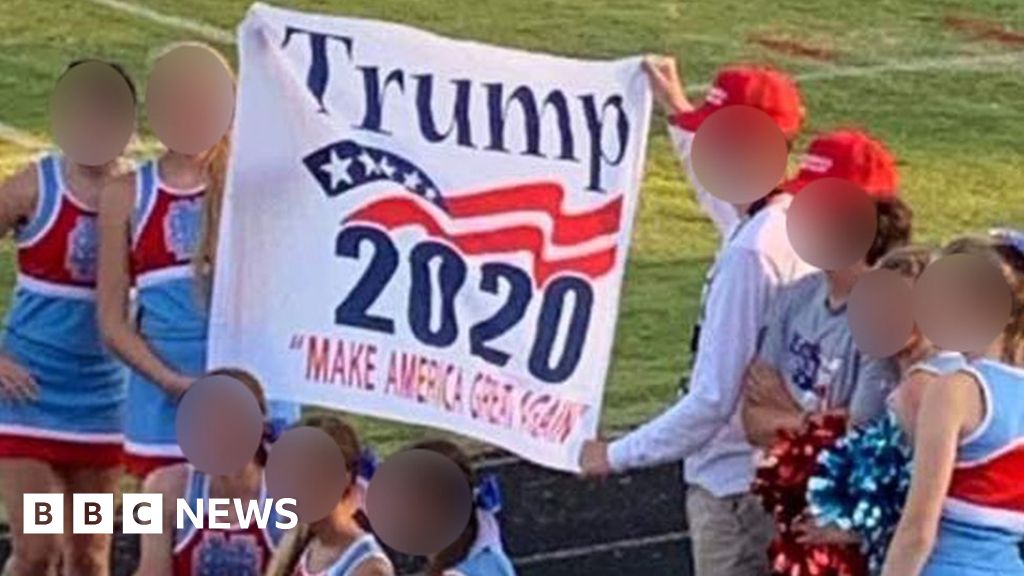 A North Carolina cheerleading team was put on probation after posing with a banner supporting President Donald Trump at a school sports game.

The school, North Stanly High School, prohibits the display or distribution of political advertisements on campus.

A spokesman for the North Carolina Athletic Association High School (NCHSAA) told US media that probation is a warning and "not a form of punishment."

Some rejected the NCHSAA's move, calling it a violation of free speech.

According to a statement from the school board, a student attending an American football match inserted the flag into the event and took the picture before the game began.

"The schools in Stanly County respect the rights of their students, staff and visitors to express their views with respect in due time," the statement said.

But adds that political approvals are prohibited at school events so that "all students, staff and visitors can attend school events in an environment that encourages students, not a specific political point of view."

The photo, posted on social media in August, was from North Stanly High School's American Night, where students were encouraged to dress patriotically, according to Stanly News & Press.

"We took a picture of Trump's flag because he is our president and had red, white and blue on it," said one student pictured in front of the local Fox 46 Charlotte news station.

The team risks a fine or removal from the NCHSAA if they make other political appearances at school events.

A Facebook event was scheduled for Friday in support of cheerleaders. "Please bring all your Trump and MAGA outfits and let's throw our support behind the cheerleaders at North Stanley High School."