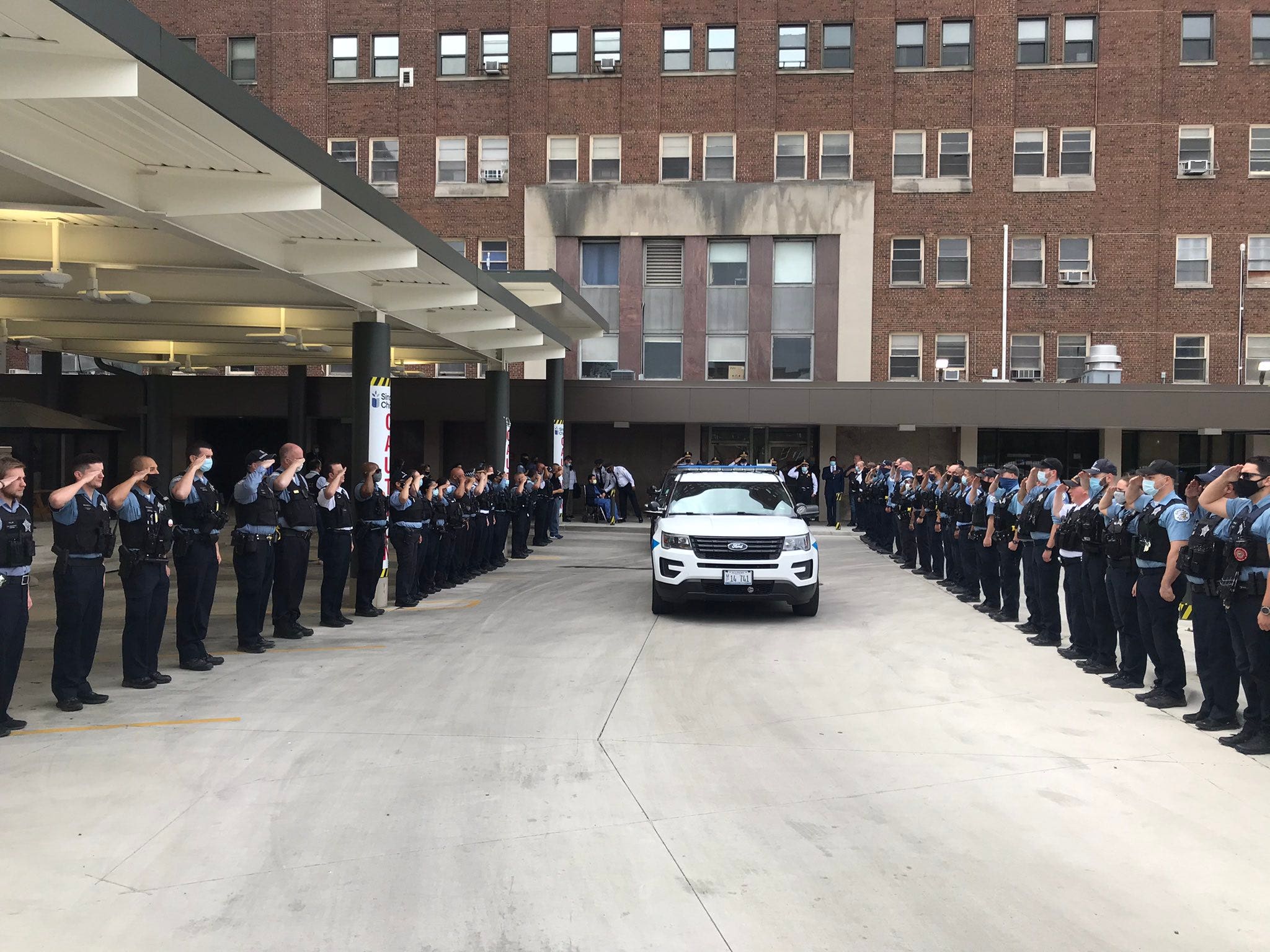 Two Chicago police officers were treated and released from a hospital in Mount Sinai after being injured in a shooting early Sunday morning.

A video shared by the Chicago Police Department shows that the officers were taken out of hospital staff, where they were greeted with a greeting by about 50 of their colleagues.

“They are expected to fully recover,” Chicago Police Chief David Brown told a news conference. “We are truly grateful for all the support from the nurses and doctors in Mount Sinai for their hard work in getting the officers back on their feet.”

As officers approached the man, the subject pulled out a firearm and fired at the police, hitting one of the officers in the thigh and shoulder while the other was hit in the arm.

One of the officers returned fire, kicking the suspect in the leg. The suspect was then detained and transported to Stoger Hospital, where he was reported to be in good condition. Meanwhile, police were transported to Mount Sinai for treatment.

The suspect’s firearm was also found at the scene, according to CPD spokesman Tom Ahern.

“They were in uniform, obviously Chicago police officers, and this offender disregarded their position as police officers – no matter – and started trying to kill them,” Brown told a news conference. “Let’s be clear: this offender turned around and immediately tried to kill these officers by firing a gun at them and hitting both of them. But for God’s sake, we’re not talking about planning a funeral for our officers.”

He also called on the “silent majority” of people in the city, who fully support police officers, to “speak” and “be louder”.

“Our officers need you to be more vocal,” Brown added. “They should be encouraged to continue to seek danger to protect the people of Chicago.”

Chicago Mayor Laurie Lightfoot has called for an end to violence in the city.

“Let’s say a prayer for everyone involved. Let’s pray for peace in our city,” she said. “We need to put these weapons down. We need to stop the flow of illegal weapons in our city.”

According to Brown, the incident marks the fifteenth and sixteenth time CPD officers have been shot since January 2020. He expects investigators to extract videos from both staff footage and video surveillance from the area.

The specifics of the incident, including the widespread use of force, continue to be investigated by the Civil Police Reporting Service. Participating staff will be assigned to routine administrative duties over the next 30 days.

Anyone who has more information about the incident can contact the office at 312-746-3609.