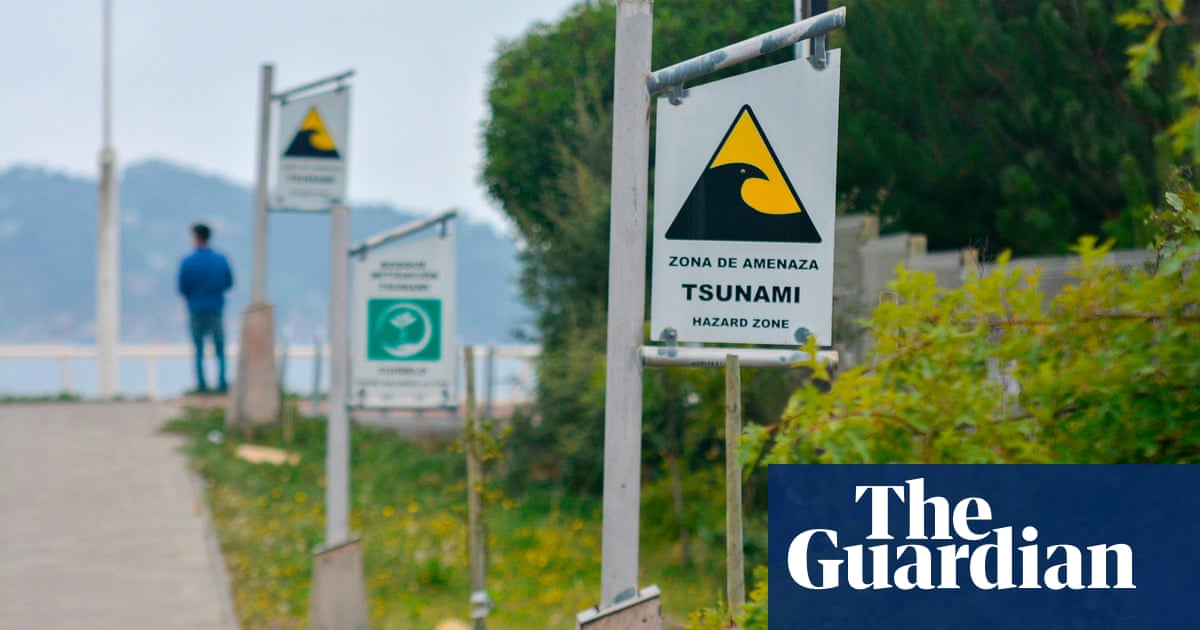 Authorities in Chile have said they regret the spread of panic with a false tsunami warning urging people to flee coastal areas after an earthquake in Antarctica.

The interior ministry said on Twitter that a magnitude 7.1 earthquake struck at 20.36 local time, 216 km northeast of Chile’s O’Higgins science base, and called for the coastal areas of Antarctica to be evacuated due to a tsunami risk.

The ministry also sent a message to mobile phones across the country, urging people to abandon coastal areas, although the ministry later said it was sent by mistake.

“We want to reassure the population, to tell them that it is not necessary to evacuate the entire national territory, but only the Antarctic base,”

He said the agency regretted the inconvenience caused by its reports, which it blamed for a technical error.

People in coastal towns, including La Serena, north of Santiago and Valparaiso, began leaving areas near the coast after the warning, until reports began to emerge that it was a false alarm.

But as Chileans responded to the warning, a second 5.6 magnitude earthquake struck the Chilean-Argentine border region at 9:07 p.m., the German Geological Research Center GFZ said at a depth of 133km and 30km east of Santiago.

No damage was reported from any earthquake.

The second was near the copper mines Andina and Teniente of Codelco and Los Bronces of Anglo American PLC.

Chilean mining regulator Sernageomin said workers, mining operations and facilities did not report any problems after the quake.

Sernageomin said that after the first quake, 80 people were evacuated from Chile’s main base in Antarctica, the Presidente Eduardo Frei Montalva base on the Fields Peninsula, west of King George Island, and another 55 from three other bases, along with five foreign bases.

The military said no damage was reported at the Antarctic base.

Chile is one of the most earthquake-prone countries in the world. Right next to the shore, the Nazca tectonic plate sinks beneath the South American plate, pushing the towering Andy Cordillera to ever higher heights.

In 2017, one million people were evacuated from their homes after a magnitude 8.3 earthquake.

The strongest recorded earthquake occurred in Chile in 1960, when a magnitude 9.5 earthquake killed more than 5,000 people.