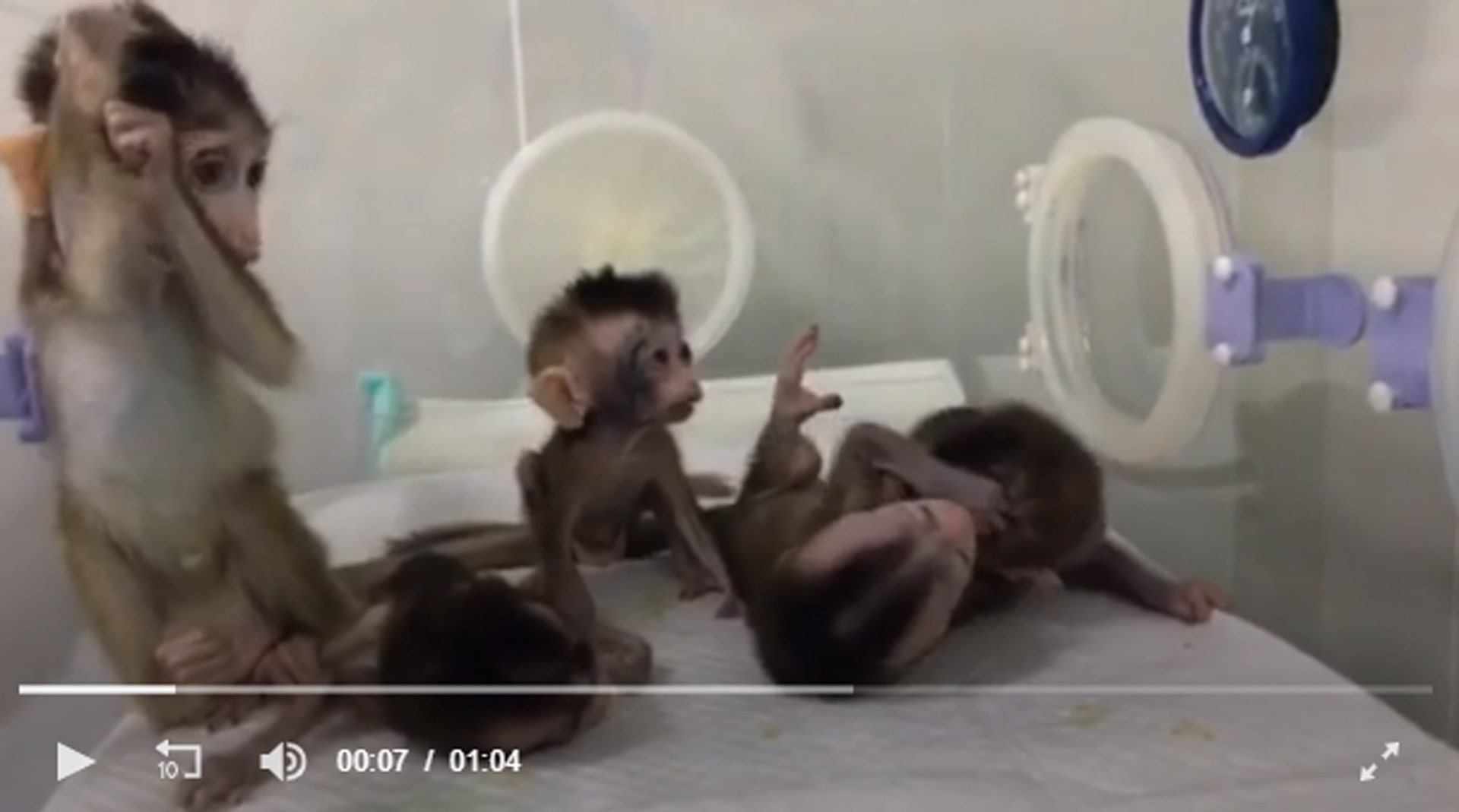 Researchers at the Chinese Academy of Sciences Institute of Neuroscience have cloned five monkey babies from a single donor with genes edited to cause diseases .

The gene is BMAL1

, which helps regulate circadian rhythm but scientists have made it inoperative using and a gene-editing tool, known as CRISPR. With the genes turned off, the animals are at increased risk of developing sleeping problems, hormonal disorders and a host of diseases

" Disorders of circadian rhythm could lead to a mutation. "

" Disorder of circadian rhythm could lead many BMAL1-knock out monkeys can be used to study pathogenesis as well as therapeutic treatments, "said Hung-Chun Chang, senior author and investigator of

The experiment to clone the two healthy monkeys, reported in the journal Cell in January last year, also caused some apprehension among the broader scientific community

"The genie's out of the bottle now," said Jose Cibelli at the time, a cloning expert at Michigan State University in the US

But speaking to news.com.au in June, Director of the Chinese Academy of Sciences Institute of Neuroscience and co-author of the latest papers, Dr Mu-ming Poo, defended the practice of using cloned animals for medical research

"More cloned monkeys will soon be produced," he said at the time. "Some of them will carry gene mutations known to cause human brain disorders, in order to generate useful monkey models for drug development and treatment."

It is important to note that primates share approximately 95 percent of human genes and a number of physiological and anatomical similarities, biomedical research currently uses a large number of monkeys, sometimes up to 100,000 annually around the globe

"This number will be greatly reduced by the use of monkeys with uniform genetic background that reduces noise in experimental studies , "Dr. "

" This will greatly help the ethical use of non-human primates for biomedical purposes. "

The team behind the latest experiment reiterated this position in the This is a statement that says the Institute is following strict international guidelines for animal research.

The gene-edited monkey clones come on the heels of a rogue Chinese scientist announcing that he used CRISPR technology to create the world's first gene-edited human babies .

This story originally appeared in news.com.au