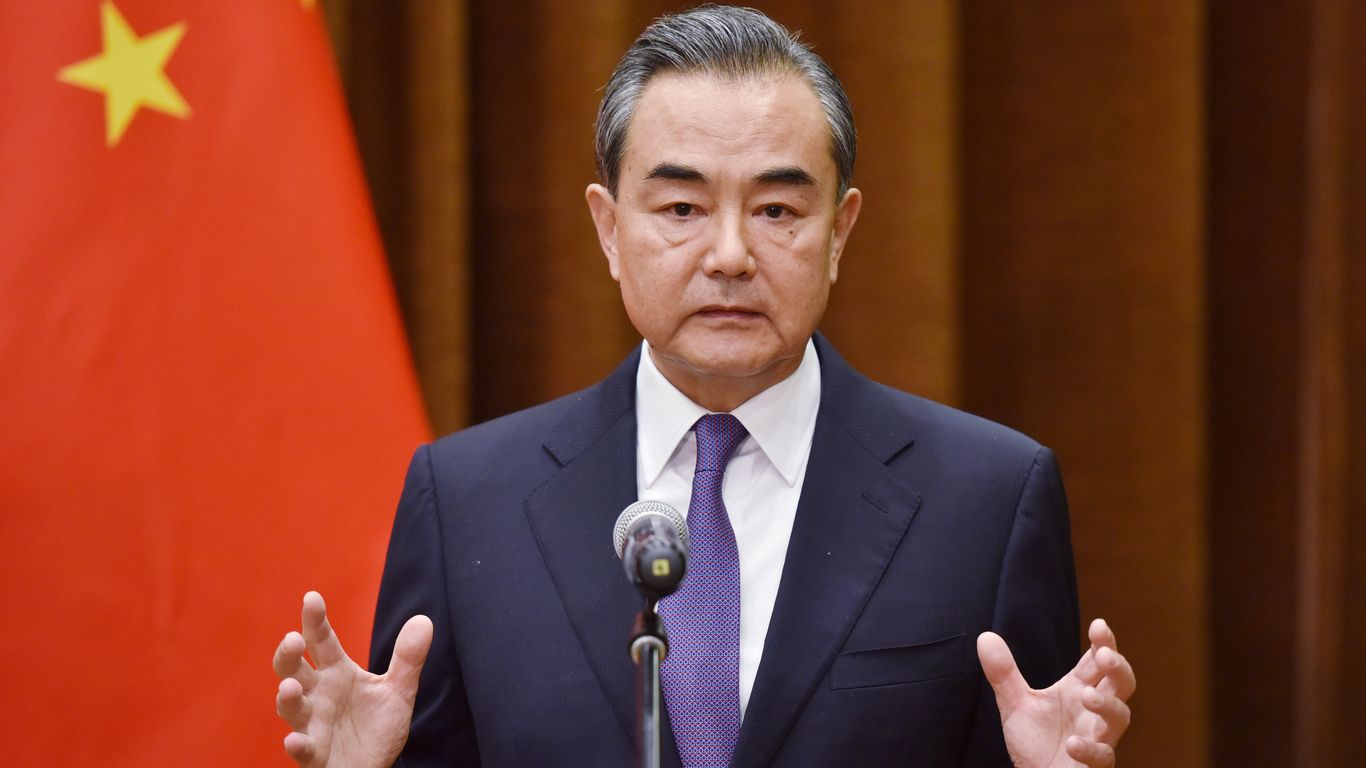 In a speech Sunday, Chinese Foreign Minister Wang Yi warned the United States not to engage in China’s “internal affairs,” saying “both sides must abide by the principle of non-interference,” CNBC reported.

Why it matters: Biden promised a firm approach with China. Tensions between the United States and China have been mounting for years under Trump.

What he says: Wang called on the United States to “remove all unreasonable restrictions on bilateral cooperation as soon as possible” and “not to create new obstacles,” according to CNBC, although he did not specify what the restrictions were.

; by undermining China’s claims to Taiwan, according to the AP. The democratically governed island that seceded from the mainland in 1949.

Yes, but: Wang said the two sides could co-operate on issues such as economic recovery from the coronavirus pandemic. He cited a two-hour phone call between Biden and Chinese President Xi Jinping earlier this year as a sign that nations could rebuild relations.