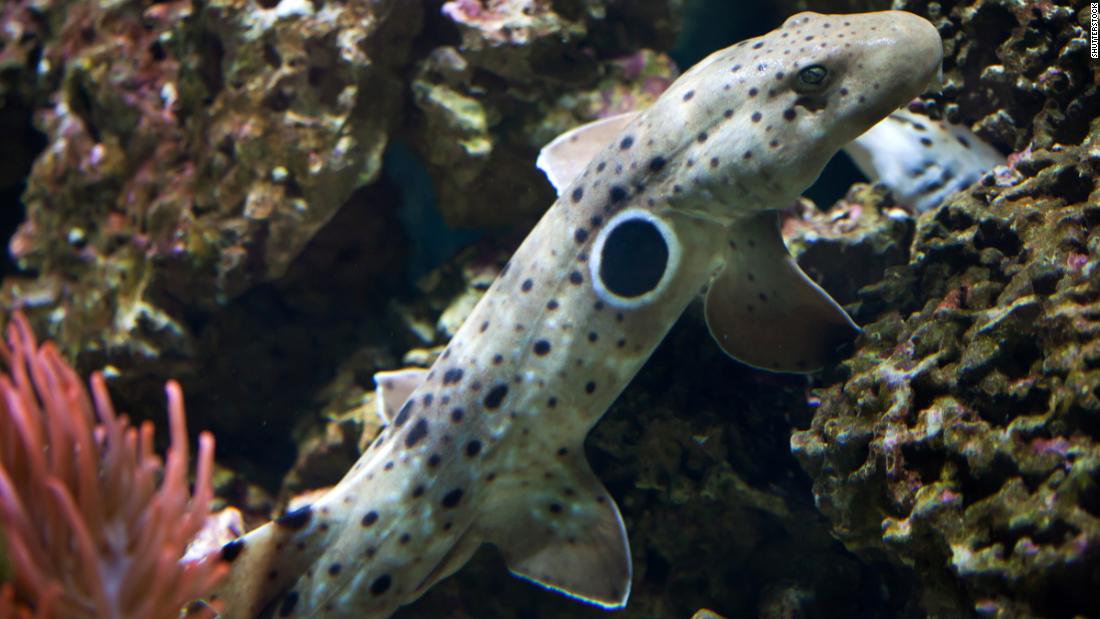 The researchers studied the effect of warming temperatures on the growth, development and physiology of sharks on the shores of the Great Barrier Reef, testing embryos and hatcheries in water up to 31 degrees Celsius (87.8 degrees Fahrenheit).

The research team found that in warmer waters, shark embryos grow faster and use their yolk sac faster – their only food source at this stage of development.

The creatures, which hatched earlier, were born smaller and had to feed immediately but lacked energy, researchers at Australia’s Center for Excellence in Coral Reefs at James Cook University and the University of Massachusetts said on Tuesday.

There are more than 500 species of sharks in the world, and most of them give birth to young ones. Some species of sharks, such as epaulette sharks, lay eggs that remain unprotected and must be able to survive on their own for up to four months.

“The epaulette shark is known for its resistance to change, even acidification of the ocean,”

; said Jody Rumer, co-author and associate professor at the ARC Center for Excellence in Coral Reef Research. “So if this species can’t cope with warming waters, how will other, less tolerant species cope?”

The Great Barrier Reef is the largest coral reef in the world, covering nearly 133,000 square miles and is home to more than 1,500 species of fish, 411 species of hard coral and dozens of other species.

The last decade has been the warmest in the history of global ocean temperatures. By the end of the century, the Great Barrier Reef is likely to experience average summer temperatures close to or above 31 degrees Celsius, researchers warn.

Rumer said rising ocean temperatures could threaten future sharks, including egg-laying and live-bearing species, because as temperatures rise, creatures will be born or hatch in an environment they can barely tolerate.

“The study presents a worrying future as sharks are already endangered,” lead author Carolyn Wheeler said in a statement.

“Sharks are important predators that keep ocean ecosystems healthy. Without predators, entire ecosystems can collapse, so we need to continue to study and protect these creatures,” added Wheeler, a PhD candidate at the ARC Center for Excellence for study of coral reefs. .

“Our future ecosystems depend on us to take urgent action to limit climate change,” Rumer said.

The study was published in the journal Scientific Reports.

The oceans serve as a good indicator of the real impact of climate change – covering almost three-quarters of the Earth’s surface, they absorb most of the world’s heat.
Although we often cannot see it, the warming of the ocean has a profound effect on the whole world. The warmer ocean is leading to rising sea levels, leading to problems such as dangerous coastal flooding. This leads to the loss of sea ice, further warms the water and can affect the jet stream, allowing the cold Arctic air to reach further south, making winters more intense and threatening animals that depend on sea ice.

The warmer ocean also contributes to increased rainfall and leads to stronger and longer-lasting storms such as Hurricanes Florence and Harvey.

Sea heat waves that have destroyed parts of the Earth’s coral reefs have likely doubled in frequency and are expected to become more frequent and intense, according to a 2019 report by the UN Intergovernmental Panel on Climate Change.