Colorful Death of a Dying Star Taken by the Hubble Telescope 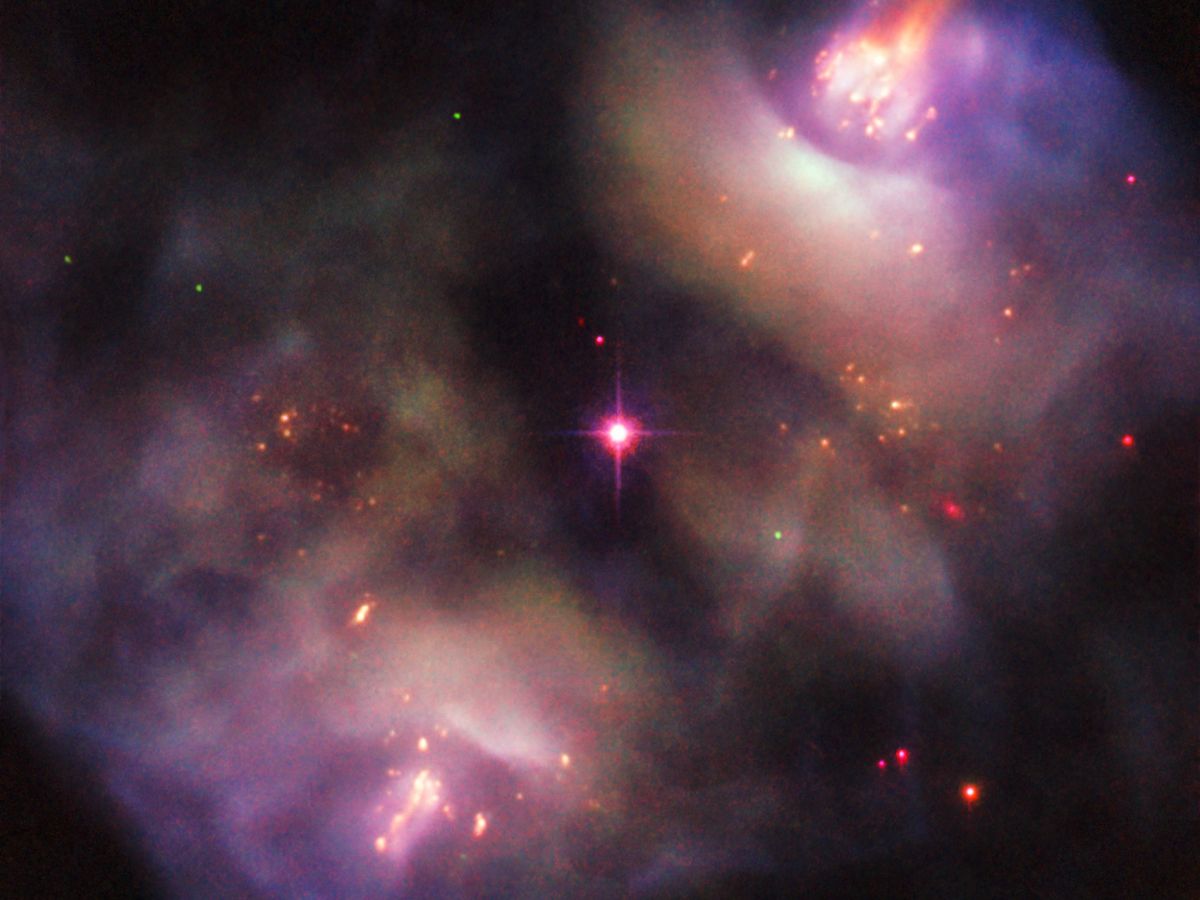 The dark and gloomy scene of a dying star was captured on camera by the Hubble Space Telescope in the Gemini constellation.

This space region is so complex that when astronomers first turned their attention to it years ago, they recorded two objects there, because there was a symmetrical frontal structure. Today we know that there is only one object. Yet, unlike the older naming conventions, the region is often known as NGC 2371/2 – a combination of the two older names: NGC 2371 and NGC 2372.

Together, the two symmetrical lobes form a planetary nebula that is a term left over from an older era in astronomy. In some of the first telescopes, when the views were very blurred, astronomers noticed some gas objects that looked a little like planets. But these objects turned out to be not planetary at all.

"NGC 2371/2 is formed when a sun-like star reaches the end of its life and blasts its outer layers, casting its outer layers material and pushing it into space to leave only an overheated star remnant behind it. This remnant is visible as a bright star in the center of the frame, tucked neatly between two lobes, "Hubble officials said in a statement .

Astronomers expect rapid changes to occur in this region over the next few thousand years. The star is currently emitting radiation and igniting gas nearby, but over time it will fade into a white dwarf. Meanwhile, the jets visible on the image will change direction and the material will continue to expand around the dying star.