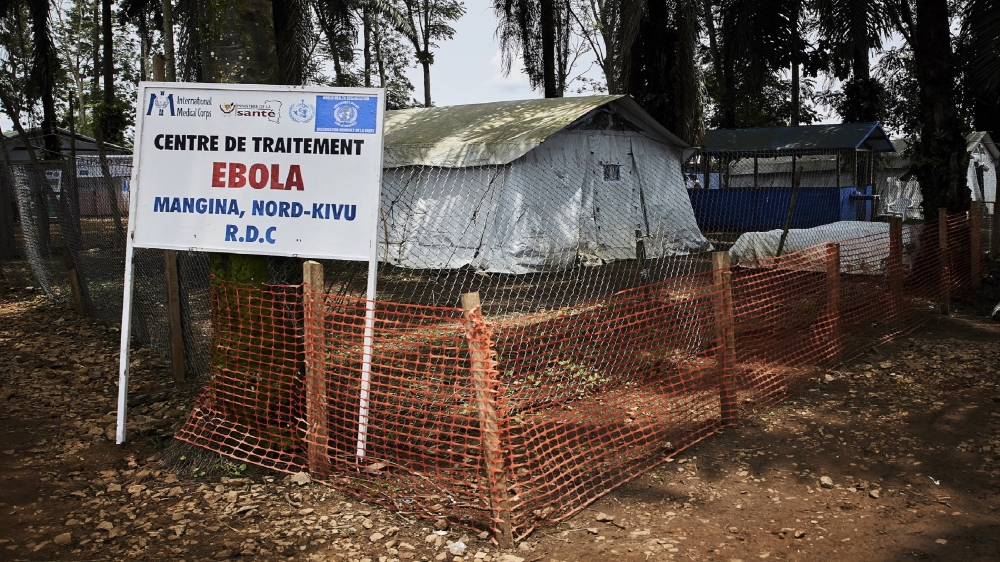 A radio broadcaster who helped spread the word in the fight against Ebola was stabbed to death at his home in the northeastern Democratic Republic of the Congo, the army said Sunday.

The motive for the killing in the city of Lememba in the problematic region of Ituri was unknown, but came as health authorities were set to introduce a new vaccine for the disease in unaffected areas.

The assailants killed 35-year-old Papi Mumber Mahamba and wounded his wife before burning them at home on Saturday, General Robert Yav, commander of the Congolese army forces in the Yurian city of Mambasa, told AFP news agency.

A journalist at Lwemba radio, the local radio station where Mahabba works, also confirmed the details.

"Our colleague Papi Mumber Mahamba was killed at home by unknown assailants," who stabbed him to death, Jacques Camwina.

The DRC-based Press Freedom Observatory in Africa (OLPA) called on Ituri authorities to conduct a "serious investigation" into the murder.

The DRC has declared an Ebola epidemic in August 201

Efforts to recover the epidemic have been hampered not only by struggles but also by community resistance against preventative measures, health facilities and safe burials.

This is the 10th DRC epidemic in the DRC and the second deadliest record since the outbreak that hit West Africa in 2014-16, killing more than 11,300 lives.

A Cameroonian physician from the World Health Organization (WHO), Richard Valerie Muzok o Kiboung, was shot dead in April in an attack on a hospital in North Kivu.

A nurse and a police officer were killed in similar circumstances since the outbreak of the epidemic.

In September, police burned down about 20 homes of health workers fighting Ebola in the region around Mambasa.

The WHO has warned of violence, undermining the fight against Ebola, in particular by preventing the safe burial of highly contagious bodies and the administration of vaccines.

People often refuse to give up traditional funeral rites, including kissing, washing and touching the dead body.

Funerals can be transformed into "super-propagating events" with up to 70 people infected in one ceremony, according to the International Federation of the Red Cross and

Many people ople to see Ebola as a fraud invented by medical staff to hire a well-paid job.

Small airborne particles can cause a major problem with the coronavirus