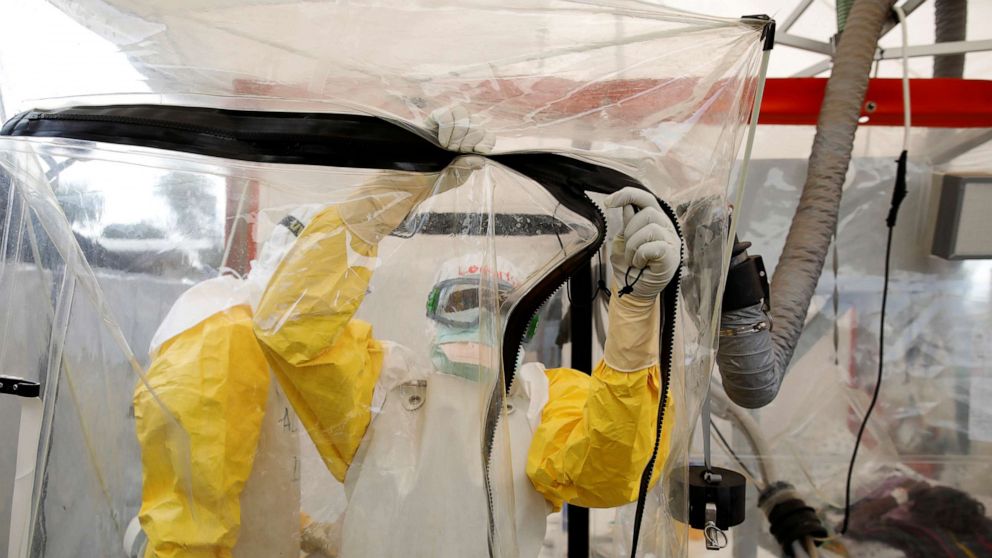 A Congolese journalist who was helping to shed light on a dead Ebola outbreak in his community was killed on Sunday night, officials said.

Add Ebola as an interest to stay up to date on the latest Ebola news, videos, and analysis from ABC News.

The unnamed journalist, who was also serving as a community health worker was attacked at his home in the northeast town of Lwemba in the Democratic Republic of the Congo. His wife was left critically injured "with multiple wounds," according to a joint press release from Congolese health officials and their partners from the United Nations.

The motive behind the attack was unknown.

The reporter worked for a local radio station in Lwemba and was "involved in raising his community's awareness of the country's tenth Ebola outbreak," according to a press release.

Authorities have launched an investigation into his murder and "Is it a connection to the ongoing Ebola response." Two suspects have been apprehended, according to the press release.

The Congolese government and the United Nations condemned the attack, saying, "any act of violence against individuals involved with the response is unacceptable and compromises the ability of health workers to provide assistance to communities impacted by the devastating effects of Ebola."

This is the 10th Ebola epidemic in the Democratic Republic of the Congo and most severe there since 1976, when scientists first identified the virus near the eponymous Ebola River. It is also the second-largest, second-deadliest on record anywhere.

A total of 3,274 people have reported symptoms of hemorrhagic fever in the Democratic Republic of the Congo's eastern provinces of North Kivu, Ituri and South Kivu since Aug. 1 of the last year, according to Congolese health officials, and 3,157 of those individuals tested positive for Ebola virus disease, which is transmitted through contact with blood or secretions from an infected person and causes an often-fatal type of hemorrhagic fever.

There were 2,185 deaths so far, including 2,068 people who died from confirmed cases of Ebola. Other deaths are considered probable cases.

The World Health Organization, the global health arm of the United Nations, has declared the current yearlong epidemic a " pubic health is an emergency of international concern, "a rare design that often mobilizes more resources and commands global attention.

There are a number of challenges unique to this epidemic that have made containing the virus even more difficult. For example, this is the first Ebola outbreak to occur in an active war zone, and health workers have experienced sporadic attacks by armed groups operating in the region.

Response teams are also grappling with a population that's very mobile and has never seen an Ebola outbreak before. A quarter of people interviewed in the cities of Beni and Butembo in North Kivu province during a survey last September said they did not believe the deadly virus was real, according to a study published in The Lancet Infectious Diseases journal this year.

Misinformation about the disease and the belief that it's made-up has created a deep mistrust in local communities of health workers and, in some cases, has fueled violence against them.

The World Health Organization has documented more than 300 attacks on health workers and facilities in the Democratic Republic of the Congo since Jan. 1.