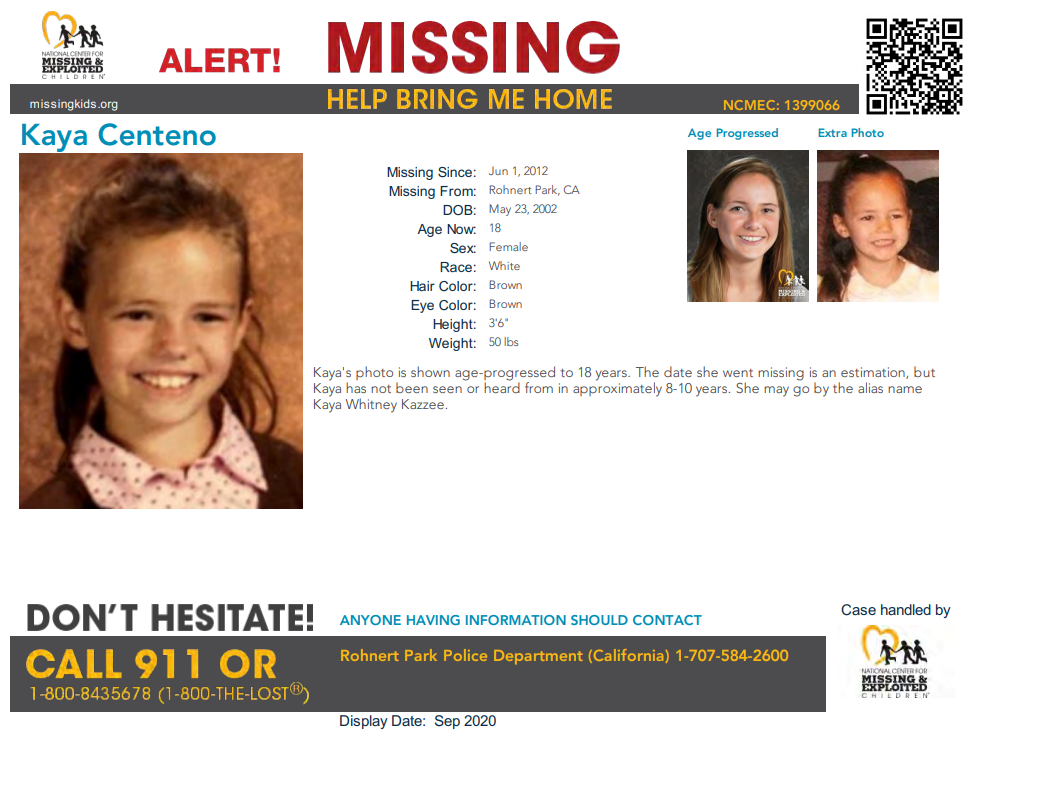 (Newer)
– Detectives in Ronert Park, California, are investigating allegations of child abuse by 15- and 17-year-olds when the probe became an investigation into missing persons. The teenage siblings told police that their older sister, Kaya Senteno, who would turn 18 in May, went missing between 2010 and 2012. People reports. The family lived in Ronert Park at the time; Gina and Jose Centeno adopted all three children in 2008. By the time Kaya disappeared, the other children had been physically, sexually and emotionally abused by their parents, they said.

Gina, 50, and Jose Senteno, 53, moved their daughter and son from Northern California to Mexico about a year and a half ago, and the teens found themselves in protective custody for alleged abuse. Mexican authorities contacted the U.S. Child Protection Services, and the CPS contacted police, who ordered the children to be returned to the state. When Kaya was last seen, she was enrolled in second grade for the 201

0-11 school year; her parents withdrew her to be trained at home. No charges have been filed for her disappearance, but the older Sentenos was arrested last month for aggravated kidnapping, charges related to her relocation to Mexico. Other charges were later added, including torture, 9 news items, and Jose Senteno was accused of sexually abusing the 17-year-old girl. (Read more stories about missing persons.)